The games, which open in June, are set to celebrate their 29th year bringing sporting competition to Utah.

Though arm wrestling’s history with the games is spotty – with years, including 2013, when it was not included – it has made an appearance in 20 of the last 29 years.

The Kirbys, who have taken over as coordinators of the  arm wrestling competition, said that they hope to make it permanent.

“We want to make this thing super awesome,” Summer Kirby said. “We want it to stand out and shine.”

Sports Director Tate said he is excited to have the Kirbys at the helm of this competition.

The Kirby’s have a long history with the sport which has become a family affair. Two of their children, Alissa, 6, and Jarett, 11, will be competing in this summer’s games along with their father.

Jeff Kirby addressed the students and talked about the history of arm wrestling, the rules and the technique of the sport.

“Arm wrestling takes three things that I like to call the ‘three S’s,’” Kirby said. “They are speed, strength and skill – with skill being the most important.”

Summer Kirby spoke mostly to the girls in attendance, promoting arm wrestling as a sport for all, not just for boys.

After the presentation, the students were given the opportunity to compete against each other.

“It was hard,” Ian Burge, a fifth grader, who participated in the wrestling, said. “My hand started shaking.”

In addition to the Kirby’s presentation, Games Director McClellan spoke to the students about the Games and expressed the importance of education.

“In athletic competition it is not always about the biggest and the strongest,” McClellen said, “sometimes it’s the smartest.” 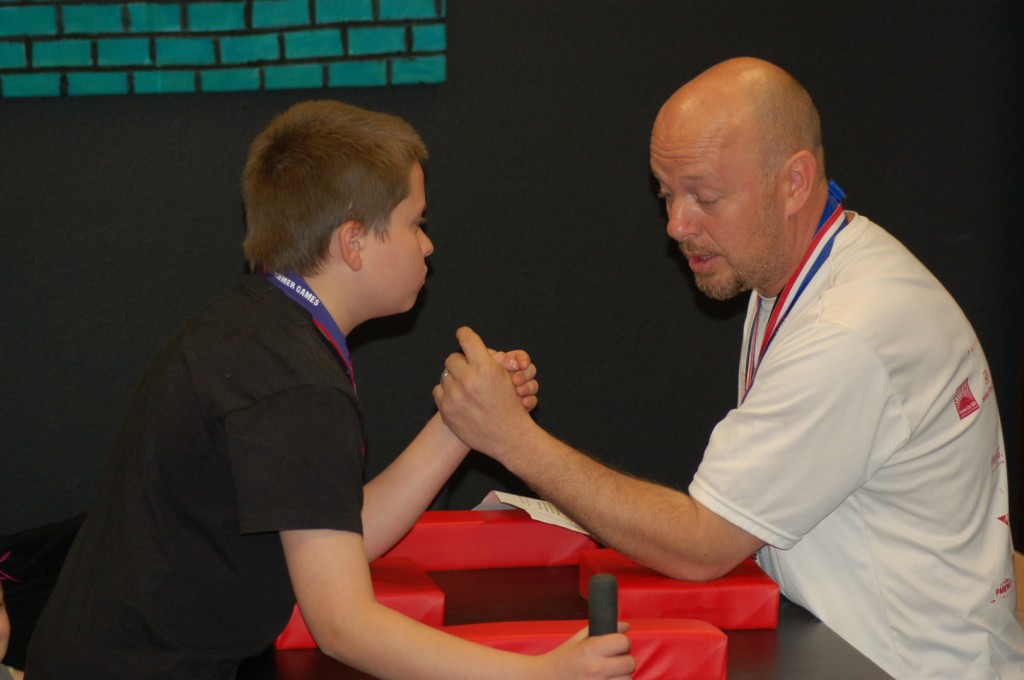 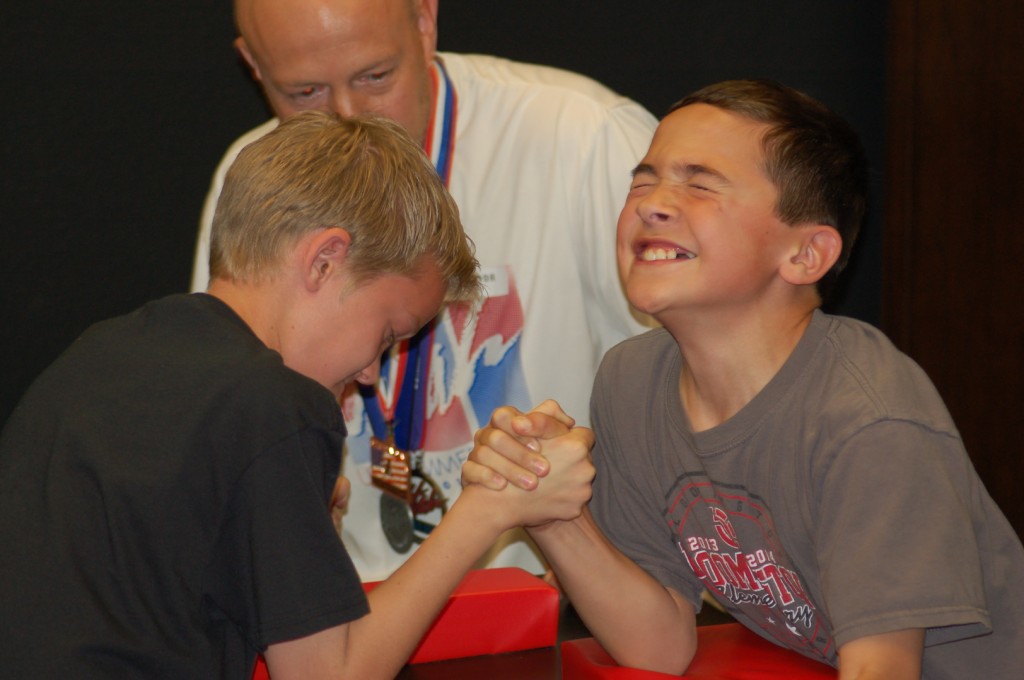