WASHINGTON CITY –  Imagination is what theatre is all about and what co-owners Jamie Young and Doug Knapp brought to Utah’s Dixie this year when they founded Brigham’s Playhouse, a theatre for the community located at 25 N. 300 W., Building C1, in Washington City. It is a place of interaction, education and inspiration.

Imagine a place in the desert that provides live theatre year-round. Imagine yourself sitting in a quaint theatre where the actors are also the ticket sellers, ticket takers and concessionaires, interacting with their guests “in character.” Imagine an intimate theatre where the audience is drawn into the activity on the stage and can vicariously feel what the performers are feeling throughout the production.

This is what Brigham’s Playhouse co-owner Jamie Young imagined and has been dreaming of for over 20 years.

Brigham’s Playhouse opened its doors in Washington City on Valentine’s Day with the showing of “Little Women.”

“We are not a community theater, but a theater for the community,” Jamie Young said. Jamie Young and his co-owner Doug Knapp, employ a combination of professional actors working with community actors to provide a high quality, professional performance in every show.

Community actors audition for parts and have the opportunity to work with professional actors and a director that has a wealth of experience he wants to share with them. His passion for the theater mixed with his love of teaching are a great combination, Jamie Young said.

“We are in this business to change lives,” he said.

Cast members have expressed how much the experience of performing at Brigham’s Playhouse has changed their lives. This brings great satisfaction to the owners.

“Working at Brigham’s Playhouse has been both a huge blessing and a dream come true,” actor Koby Campbell said. “I get to work with the people I love in the community I love. I wouldn’t trade my life for anything else in the world!”

The theatre holds 230 guests comfortably and provides for an intimate night of theatre enjoyment.

Since Brigham’s Playhouse is a year-round theatre, the actors are kept very busy.

Jamie Young’s dream doesn’t stop with Brigham’s Playhouse. “The St. George area is an arts-rich community,” he said. “I hope to work with other theatres. I would like St. George to become another Branson,” noting that more people travel to Branson, Mo., which is known for its rich theatre venue, than they do to Hawaii every year.

There is so much opportunity to expand on the theatrical arts in Southern Utah:  “With Tuacahn in Ivins and the Shakespearean festival in Cedar City,” Jaime Young said, “there is a lot of potential here.”

Doug Knapp and Jamie Young have long-range dreams that include other theater venues in the same location as Brigham’s Playhouse, in the Cottontown Village, but that is a dream in the making. The focus now is to insure that guests of Brigham’s Playhouse are provided with the best performance money can buy every time the curtain rises.

Brigham’s Playhouse is a family affair.  Knapp and Young, along with their wives, Mary Knapp and Kari Young, respectively, work together to make sure they meet the expectations of their guests.

Even the Young and Knapp children get into in the act by folding programs and helping out with other small jobs. Speaking of family, Jamie Young’s full name is James Brigham Young, and he is the great-great grandson of Brigham Young. Jaime Young quotes the elder Brigham Young in the playbill:

Recreation and diversion are as necessary to our well being as the more serious pursuits of life.

It’s that recreation and diversion that the Youngs and the Knapps are offering to residents of Washington County every Tuesday through Saturday night and Saturday afternoon. Brigham’s Playhouse is a place for families. There is special ticket pricing available for families (ages 5 and older), and there are also group discounts.

Brigham’s Playhouse promises to provided an uplifting experience for every audience. “See How They Run” plays through May 17, and is a family-friendly, fast-moving, action-packed performance with many cases of mistaken identity and misunderstandings.

Characters in “See How They Run” include a spunky cockney maid, a nosey busy body from the church, an escaped Russian spy, and a young man in the army just looking to spend a fun evening with an old friend – an old friend who happens to be the vicar’s wife. It takes place in a London vicarage.

The Playhouse will offer “Annie” starting on May 23, followed by the “Sound of Music,” “Peter Pan,” “First Freedom” and “It’s a Wonderful Life,” to round out the year.

Auditions will be held throughout the year for each play, and audition information can be found on their website. Imagine you and your spouse looking for someplace to spend a fun evening together.

Imagine having family coming in to town and wanting to take them someplace where everyone will have a good time. Imagine wanting to impress your date with a fun evening out. There’s no need to imagine anymore.  Brigham’s Playhouse will provide you with the “recreation and diversion” you need all year long.

Click on photo to enlarge it, then use your left-right arrow keys to cycle through the gallery 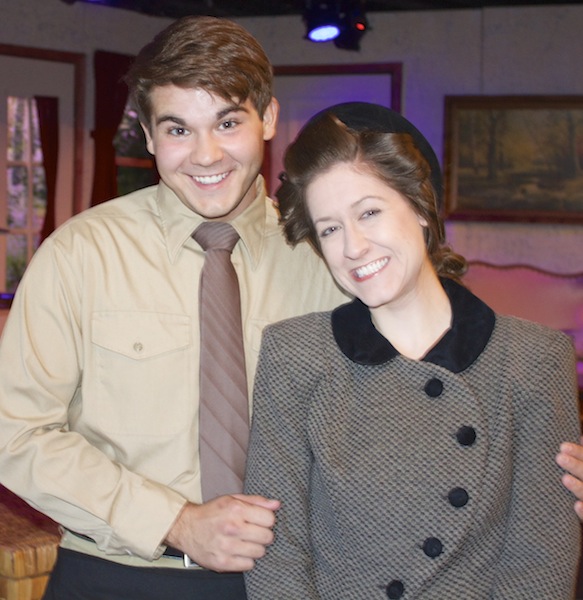 The audience gives a collective thumbs up for "See How They Run", Washington, Utah, April 19, 2014 | Photo by Rhonda Tommer, St. George News 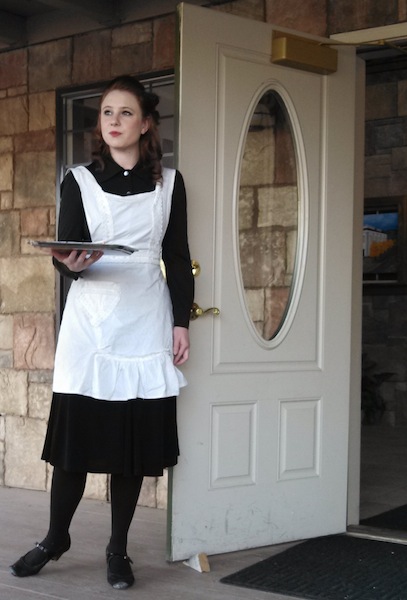 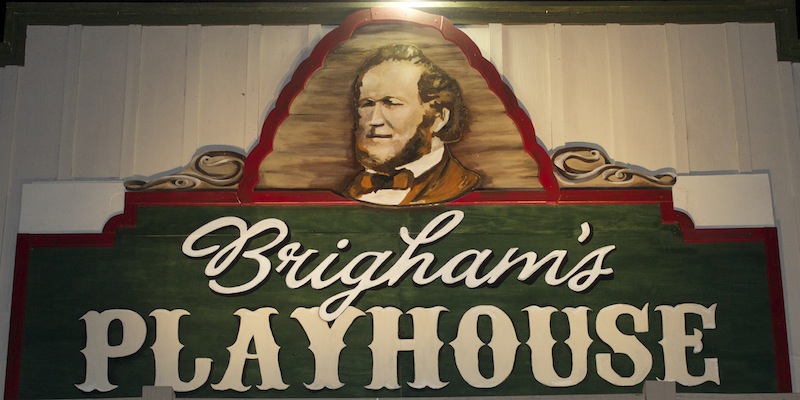 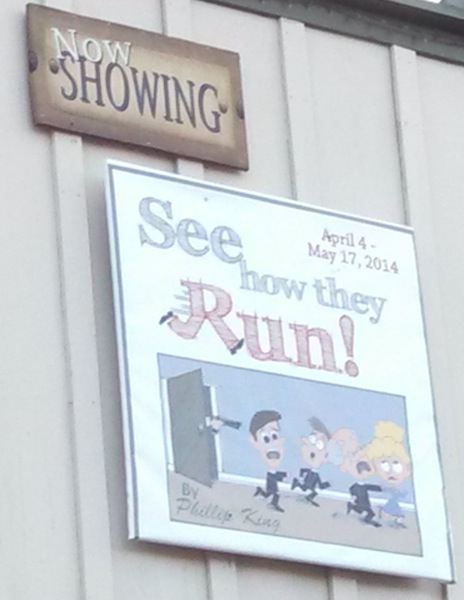 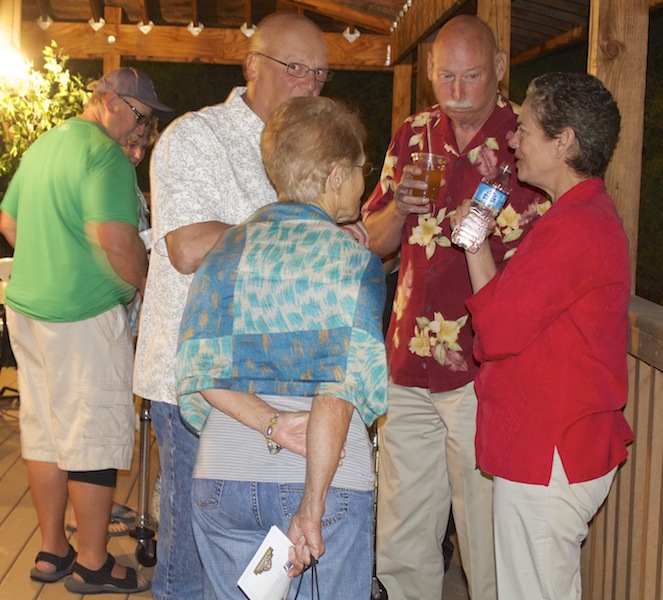 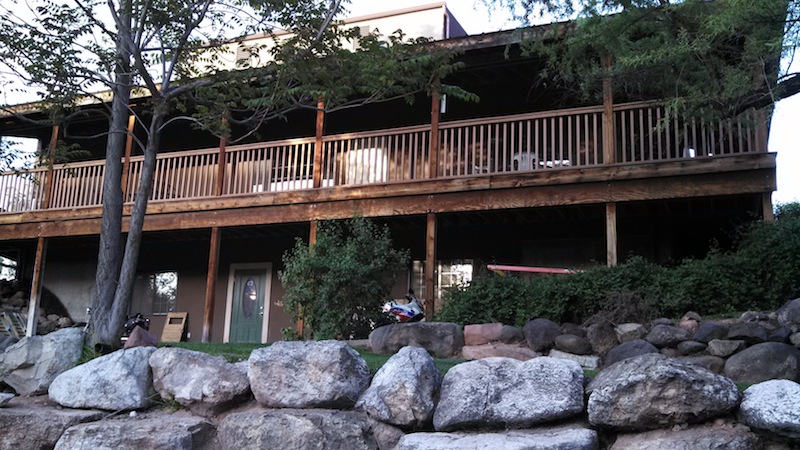 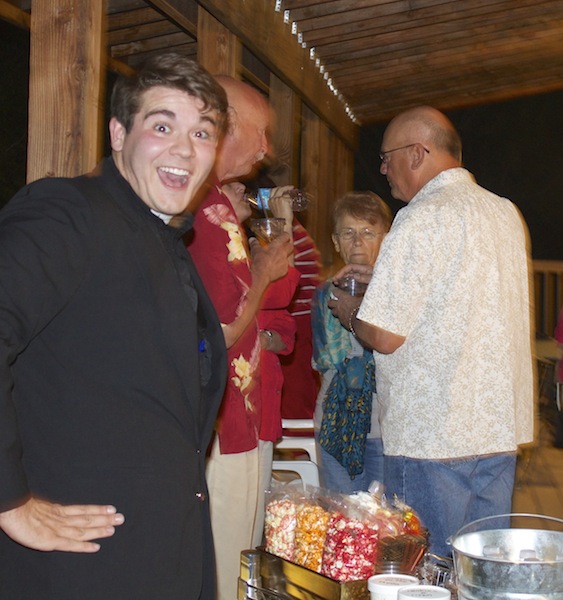 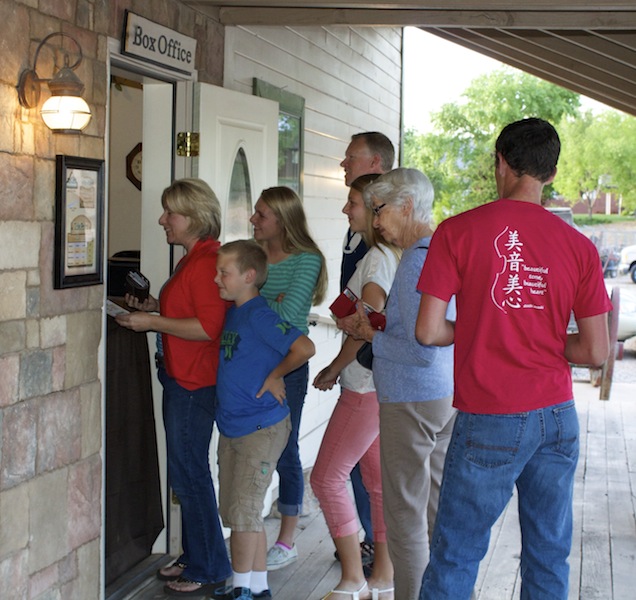 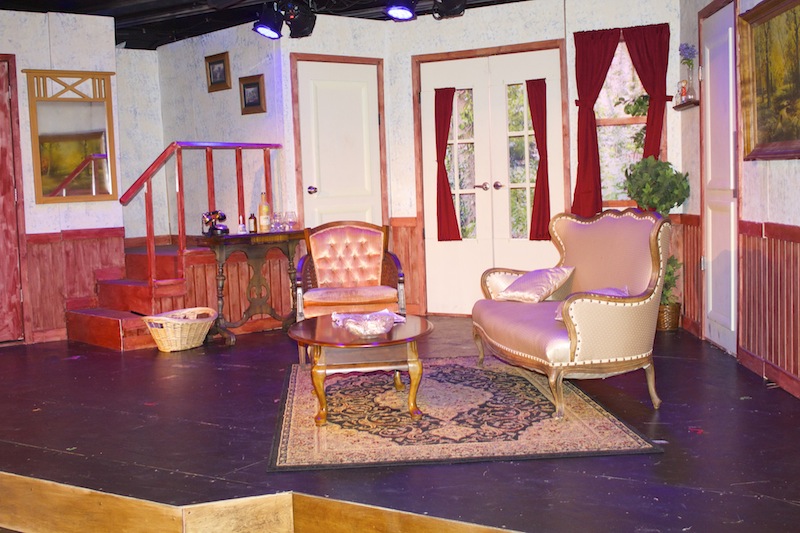 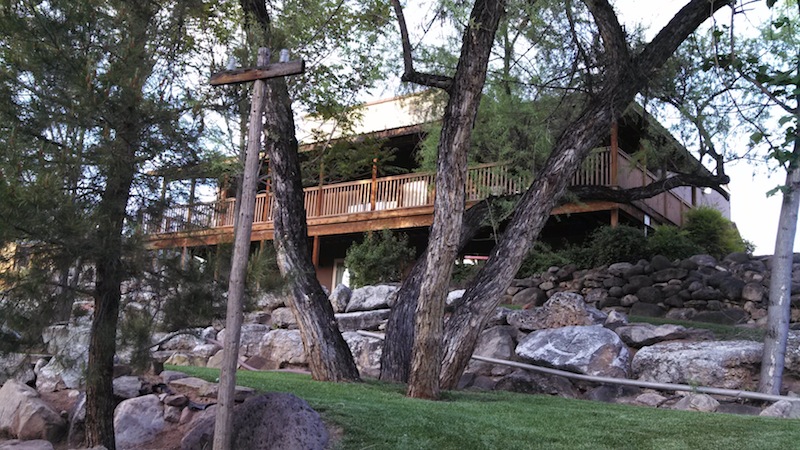 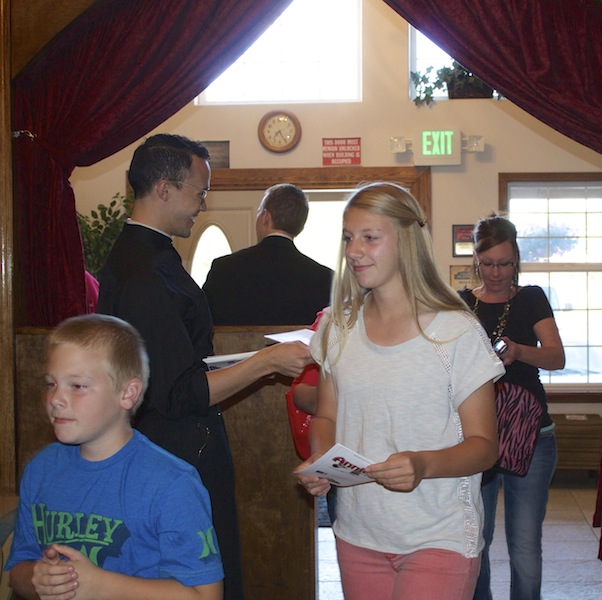 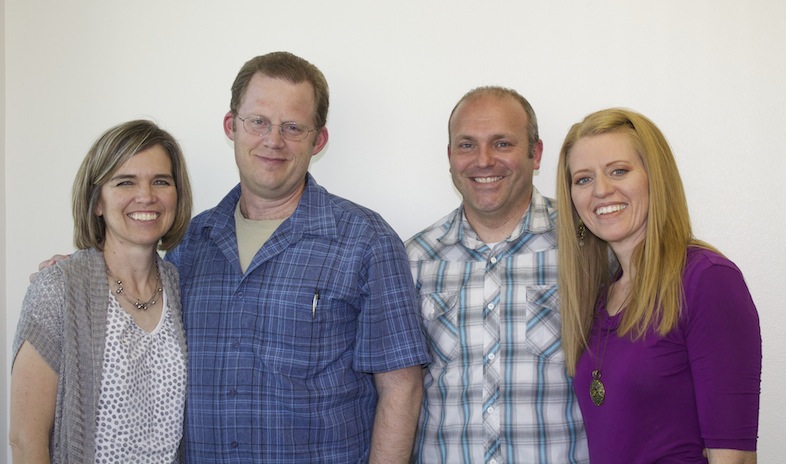