SOUTHERN UTAH – On the edge of Gooseberry Mesa, one of southwestern Utah’s premier mountain biking destinations, sit two unique lodging structures known as yurts where mountain bike enthusiasts, hikers and families can book the stay of a lifetime.

The Gooseberry Mesa Yurts sit on the north rim of the mesa overlooking the cities of Hurricane and LaVerkin to the west and Virgin and Rockville to the north. From their perilous perch guests of the yurts are privy to unparalleled views of Zion National Park, Kolob Terrace, Pine Valley Mountain and “Red Bull Mountain,” the site of Red Bull energy drink’s annual freeride mountain bike competition.

Beyond the views, and what really makes Gooseberry Yurts so special is their proximity to some of the best riding in the state of Utah and arguably in the United States.

What is a yurt?

For thousands of years yurts have been the home of nomadic tribes in Mongolia. Traditional yurts are round, tent-like structures with a domed roof. They are made from felt or the skins of animals stretched around a collapsible framework.

Modern day yurts, like Gooseberry Mesa Yurts, maintain the round shape and domed roof but implement the use of more modern building materials to create well-insulated and strong structures that are relatively inexpensive and have low impact on the environment.

Today’s Yurts are quite high tech. They are built to withstand 100 mph winds. With bubble wrap insulation developed by NASA our Yurts provide warmth in the winter and a cool feel in the summer. Seams are electronically welded, which give the roof amazing strength and durability. Sturdy fir rafters and steel rivets support the cone shaped top which includes a skylight. The skylight and windows give our yurts lots of light and an open airy feel.

Kenny Jones, one of the partners and facilitators of Gooseberry Mesa Yurts, said they have a special conditional use permit for the structures which are located on parcels of private land they purchased. They have been renting stays in the yurts for about two years, he said, and there are currently two yurts on the property with the possibility of two more.

Most of the land on the mesa is managed by the BLM, Jones said, and although camping is permitted, campers are asked to camp only in areas where there is evidence of other people having camped there, meaning you can’t just plunk your tent anywhere.

Up until recently, the only other lodging option for mountain bikers was to stay in Hurricane about a half-hour drive away.

The Gooseberry Mesa Yurts offer guests the best of all worlds, providing a comfortable space where they will enjoy amenities such as soft beds, a wood burning stove, a cook stove and a place to find respite at the end of a long day of adventuring; and all within easy access of the trails and nature’s majesty.

They call it “glamping,” which is a popular term coined by combining “glamorous” with “camping,” but while the stay at Gooseberry Mesa Yurts is quite comfortable it isn’t exactly the Four Seasons.

There is no running water so guests must pack in their own. There is no electricity either so guests who plan to stay should be prepared to bring flashlights, headlamps, a lantern and/or fuel for the gas lantern that is provided. Guests should also plan to bring their own firewood if they plan to utilize the fire pit or wood stove.

Maid service is nonexistent and maintenance trips do not happen on a daily basis. Guests are on the honor system and are asked to pack out all their trash, empty the ashes from the fire pit and/or wood burning stove and leave the yurt swept and dusted for the next guests.

The beds are covered with mattress protectors but guests are required to bring their own bedding or sleeping bag (recommended) and use it to sleep in.

Currently a porta potty with mulching material and solar showers are available. Cement was recently poured for a pit toilet which, Jones said, should be ready soon.

Reservations can be made on the Gooseberry Mesa Yurts website. Stays are $100 per night, Sunday through Thursday nights; and $120 per night, Friday and Saturday nights. Yurts fit up to six adults comfortably. No pets are allowed.

Due to high temperatures experienced in the area during summer, reservations are not recommended during July and August.

Within easy riding distance of the yurts is the Gooseberry Mesa National Recreation Trail, a premier mountain biking destination in Utah.

The Gooseberry Mesa trail system was developed in the late 1990s and received National Recreation Trail status in 2006.

Today the trails attract riders from all over the world who come to experience the beauty of Southern Utah and challenge themselves on the difficult yet delightful desert terrain.

For more information including a trail map and route difficulty guide click here.

From Hurricane via SR-59

From Hurricane via SR-9 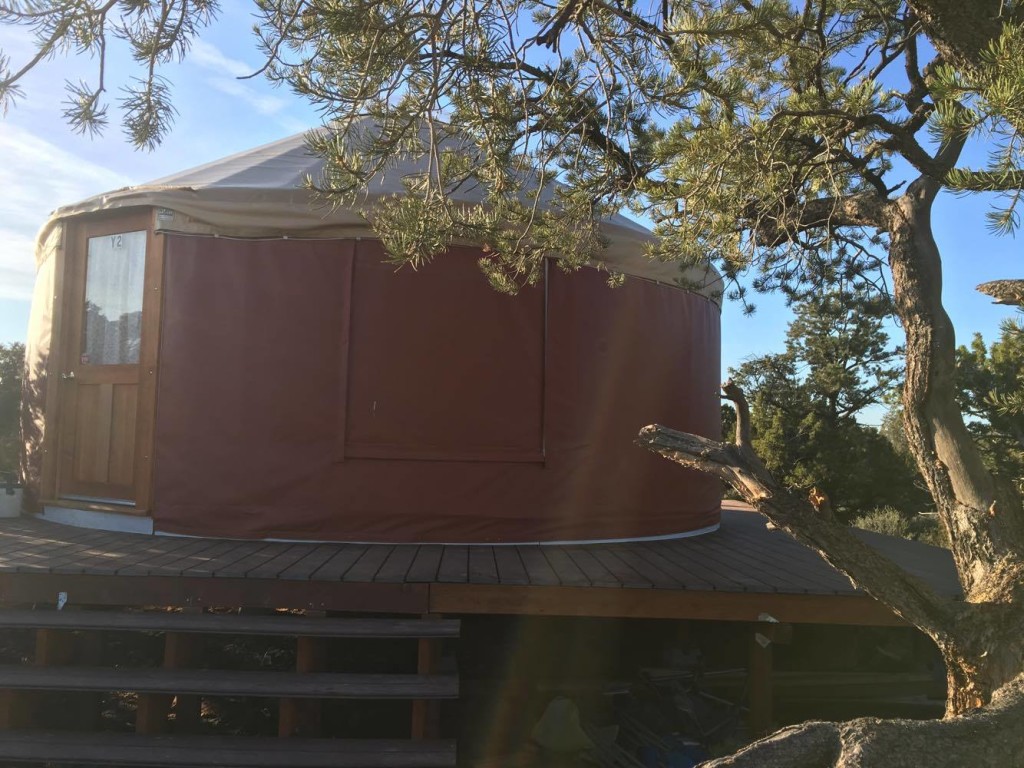 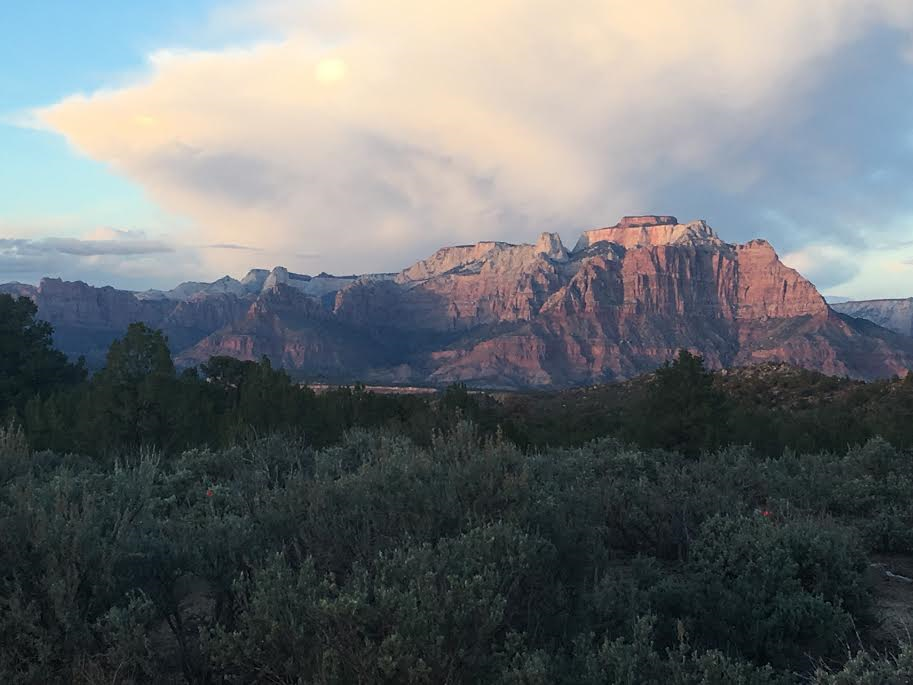 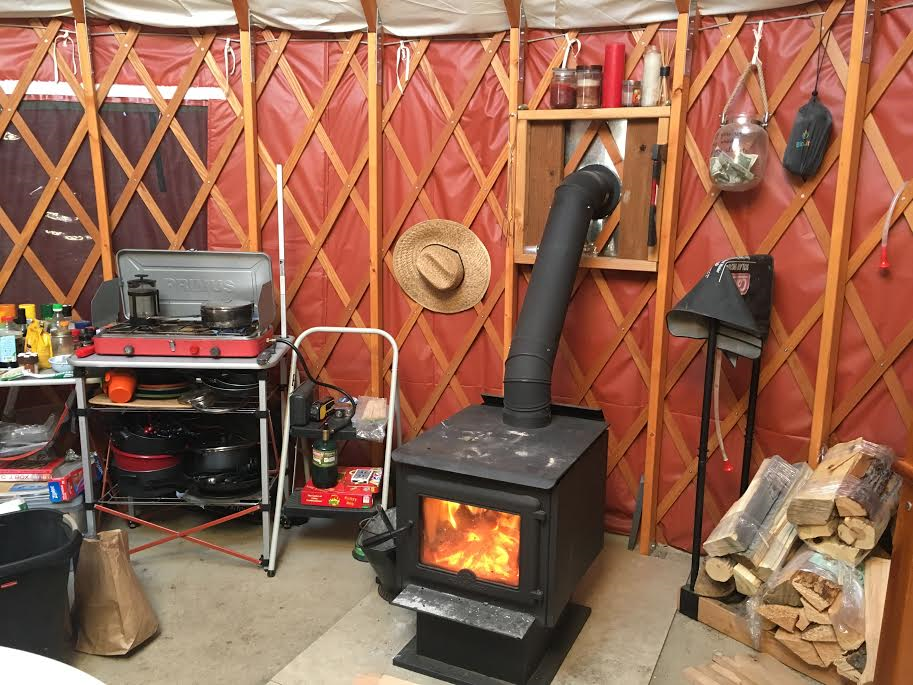 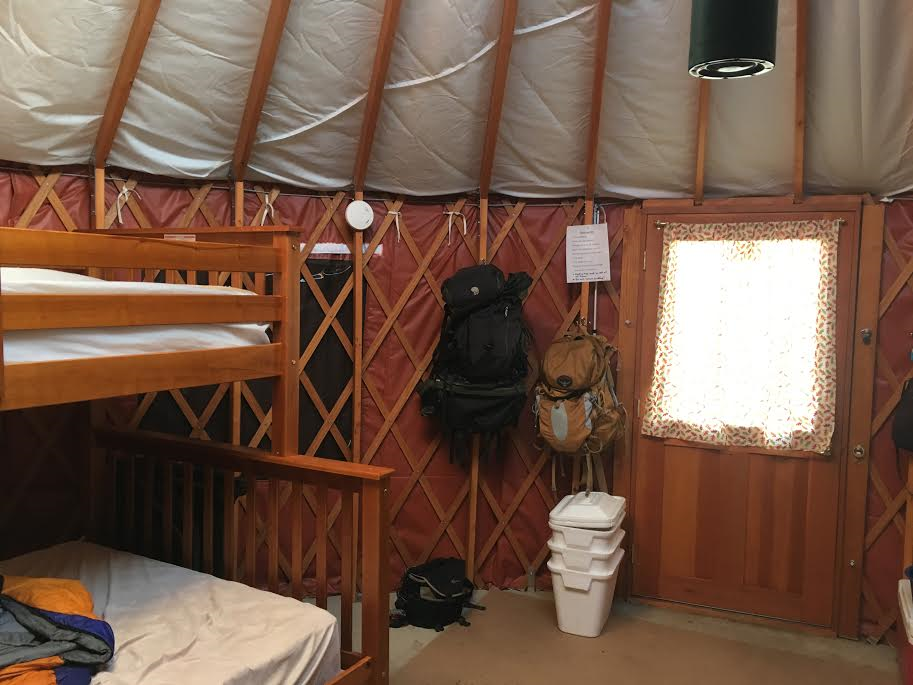 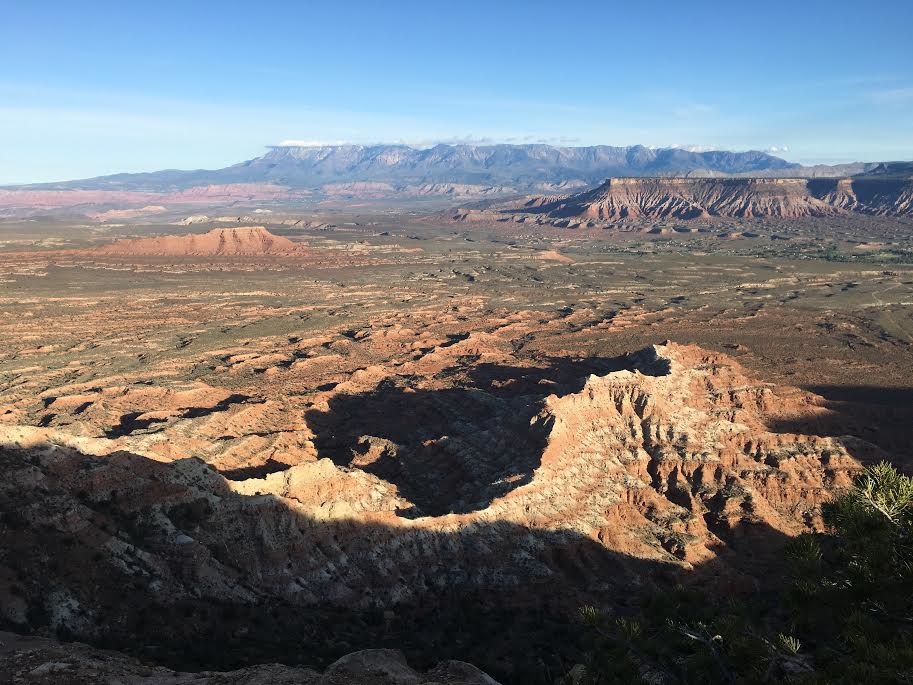 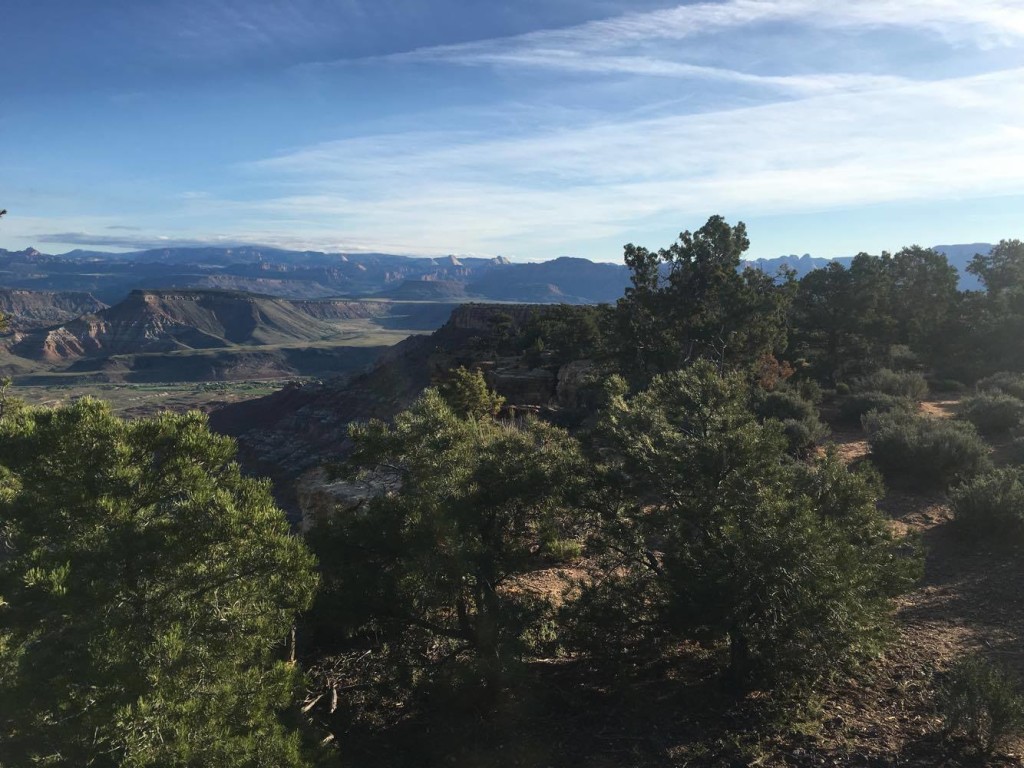 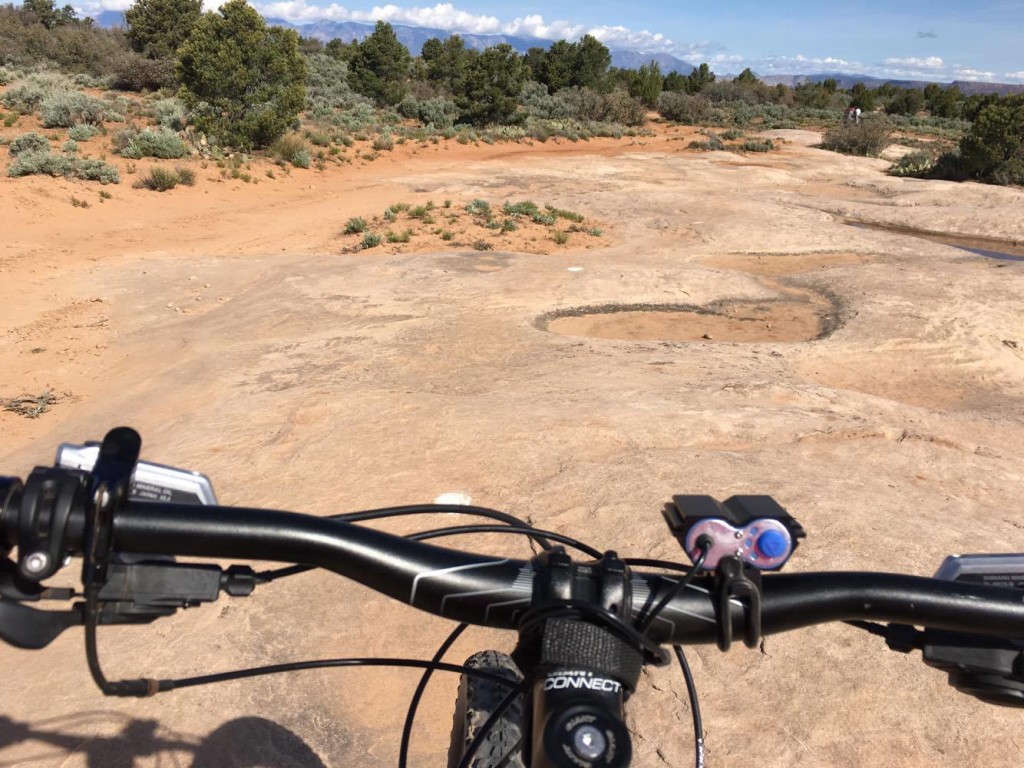 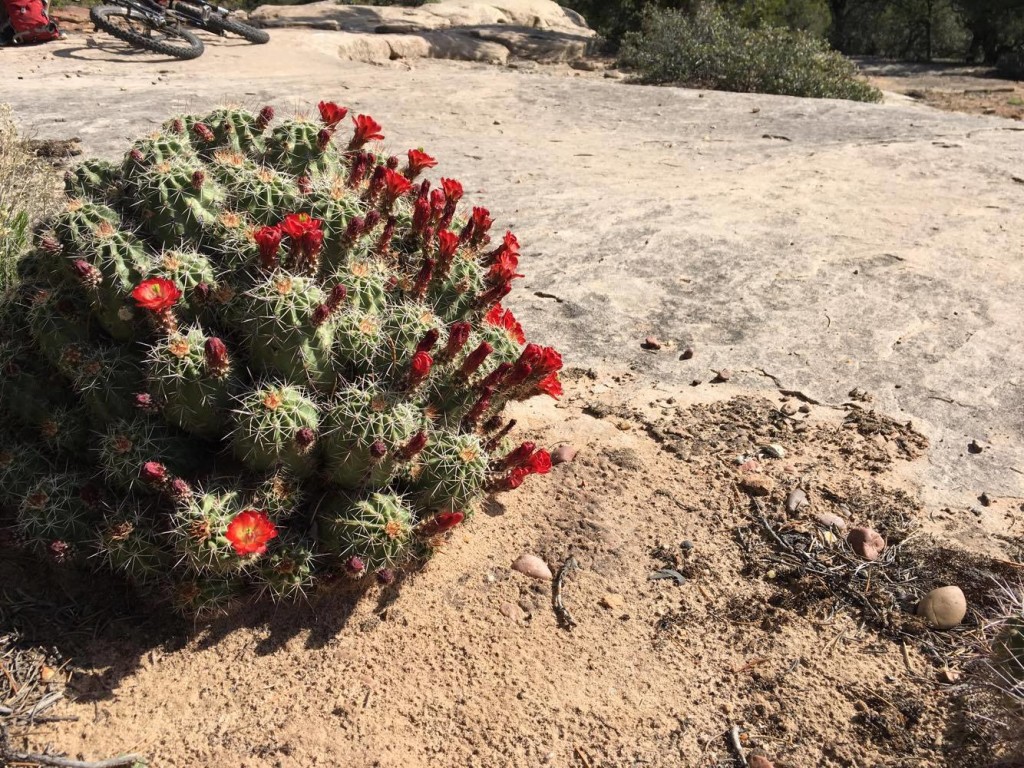 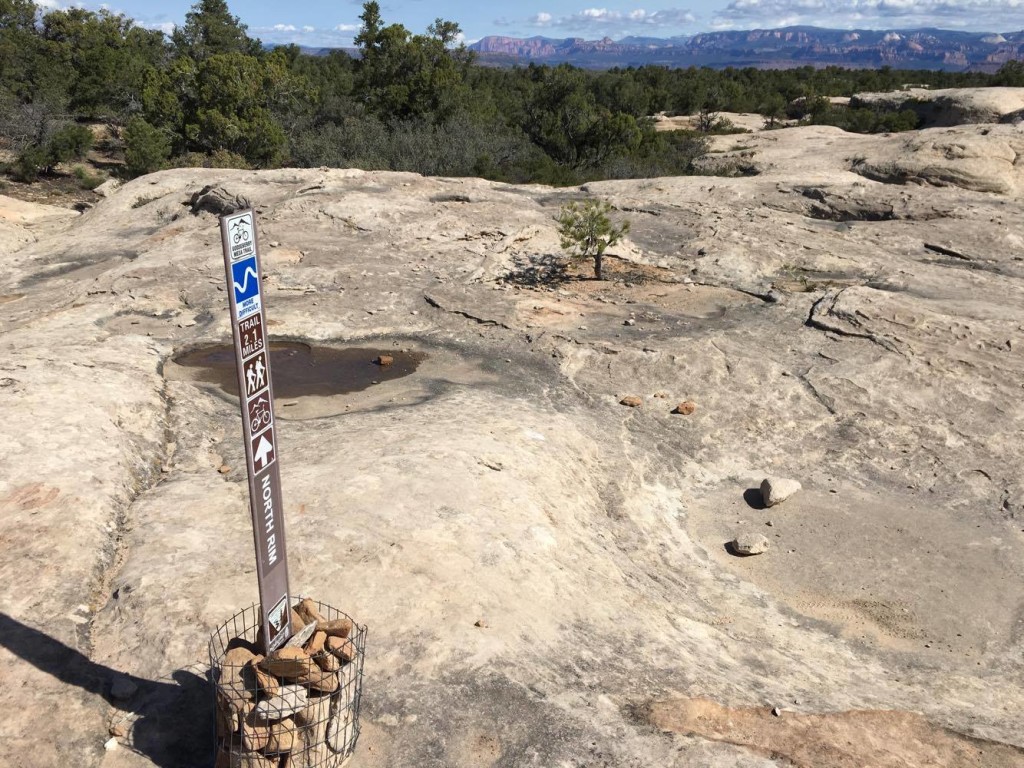 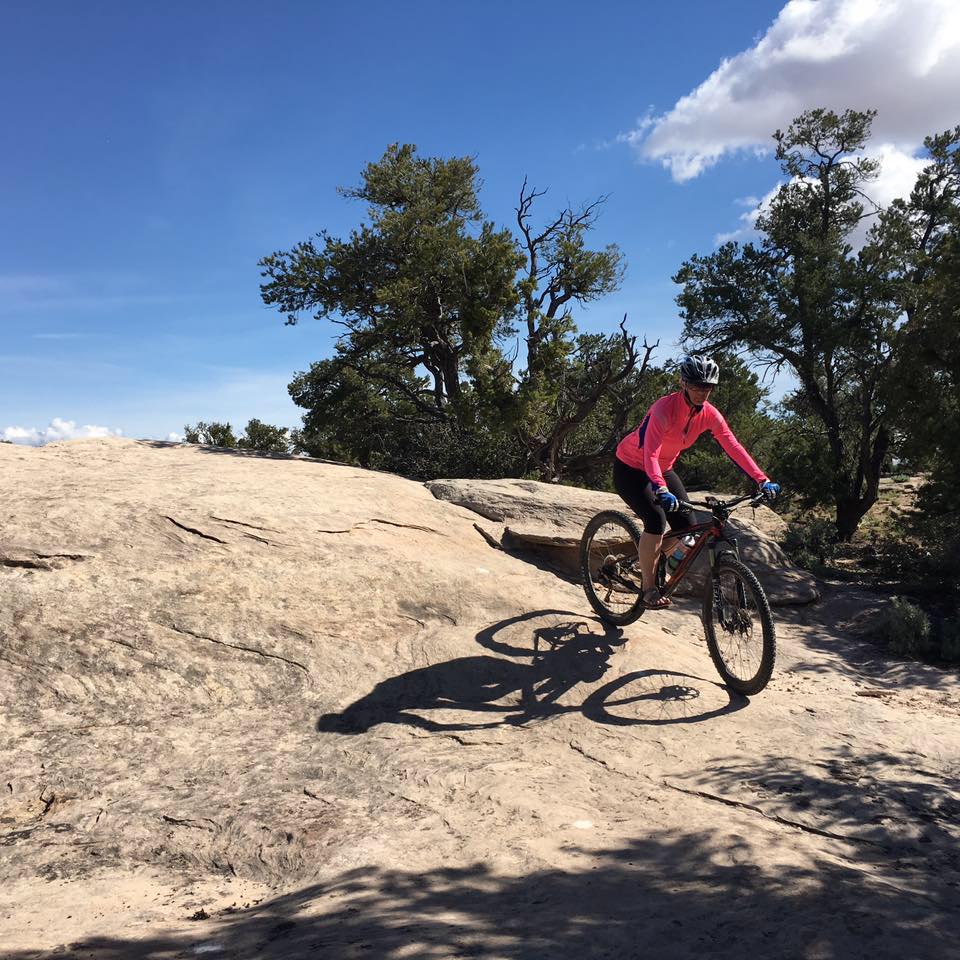