Dennis Green with his three-speed commuter bike. He puts 50-60 miles per week on this bike and also has a road bike and mountain bike for recreational riding, date and location unknown | Photo courtesy of Dennis Green, St. George News

FEATURE – Southern Utah is made for outdoor recreation enthusiasts, pure and simple. What’s even better is engaging in a recreational activity that simultaneously accomplishes much more.

Commuting by bicycle is indeed a twofer – or even a threefer: you get physical exercise outside, save money on gas and directly benefit the area’s quality of life by generating less traffic and cleaner air. Overall, by giving to yourself, you give back to the greater community.

Dennis Green, a leadership coach whose clients include the Washington County Commission, is an example of a bike commuter who lives and breathes its many benefits.

“A number of people wonder if I’ve had some DUIs because they’ve never seen me use a vehicle to get from here to there,” Green said.

Although he and his wife do have a car, Green said most people associate him exclusively with riding a bicycle.

On the day we spoke, it was raining. Green said he tries not to let the weather dictate what he will or won’t do with respect to riding his bike. The one condition he does find challenging is slick roads; that’s when he’ll think more carefully about making sure he stays safe.

On the windy days common to Southern Utah, Green said he imagines he is pushing himself in the Tour de France. The wind becomes a motivational force, representing his philosophy: “If it’s important to you, there really is no reason why you can’t do it.”

Green first got hooked on bike commuting when living in San Francisco, a city not easy on drivers. Riding a bike also aligned with his strong interests in alternative transportation and protecting the environment. Subsequently, when relocated by his employer at the time, Chevron, to other cities, including Fort Collins, Salt Lake City and Boise, he figured out how to incorporate the two-wheeled form of commuting into his daily life.

Over the 11 years Green has lived in Washington County, he has noticed strong improvements that support his transportation choice. An example is the designated bike lane along Diagonal Street, which he rides every day from his home in Ivins to downtown St. George. He rides the Snow Canyon Trail to Bluff Street, then takes the underpass to the trail along the east side of Bluff and to Diagonal. It takes him about 40 minutes to ride into town and a little longer back home.

Busy traffic corridors like Bluff Street can be impassable walls for cyclists. Fortunately, in another positive development, the recently built Snow Canyon Parkway/Bluff Street interchange included construction of a pedestrian/bike underpass, making it possible for cyclists — including commuters — to safely get from the west side of St. George and Ivins into town.

A pedestrian/bike underpass is also planned as part of the future project to widen Bluff Street at Sunset Boulevard.

Green said the Washington County Commissioners are showing an increasing interest, sensitivity and understanding for cyclists.

In addition, city leaders like St. George Assistant to the City Manager Marc Mortensen, a cyclist himself, are providing a strong voice and vision.

With leaders who are in touch with the reasons people come to Southern Utah, Green said he is optimistic about the future support of a lifestyle that embodies both physical health and makes the area a more desirable place to live and visit.

There is another effect Green has noticed from his daily ride into downtown St. George: an emerging love of place. He has become a huge fan of Southern Utah simply because he is out in its landscape so much.

What comes with the bike commuting territory is responsibility. Green said:

If you are going to ride a bike, you have the responsibility of doing it safely.

Responsible riding includes following the cyclists’ rules of the road and basic safety tips like wearing a helmet.

“Just try it,” Green said with enthusiasm. Notice how riding makes you feel. If it feels good, let the experience grow, whether riding a bike to work or running some errands.

The SunTran bus service in St. George and Ivins offers a way to mesh bike and public transport, as all buses have bikeracks.

As one final incentive, the week of May 16 is “National Bike to Work Week,” highlighting the benefits of bike commuting and the collegiality it can create.

“There is no reason Southern Utah can’t be known as a biker’s paradise,” Green said, “where riding is good for everybody.”

That’s a lot of bang for each mile pedaled. 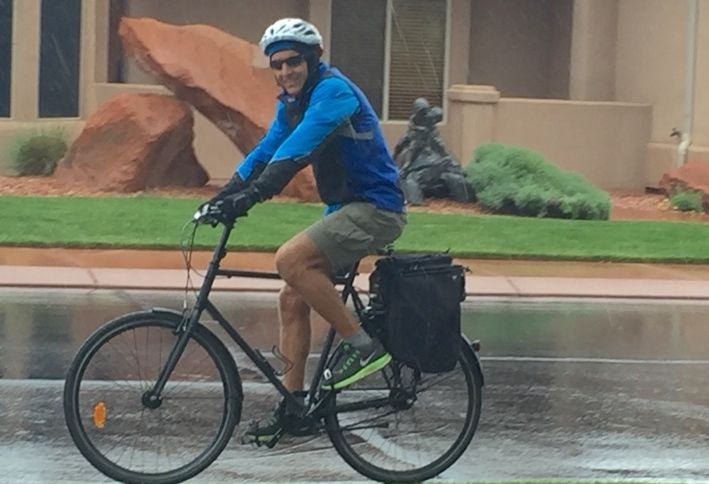 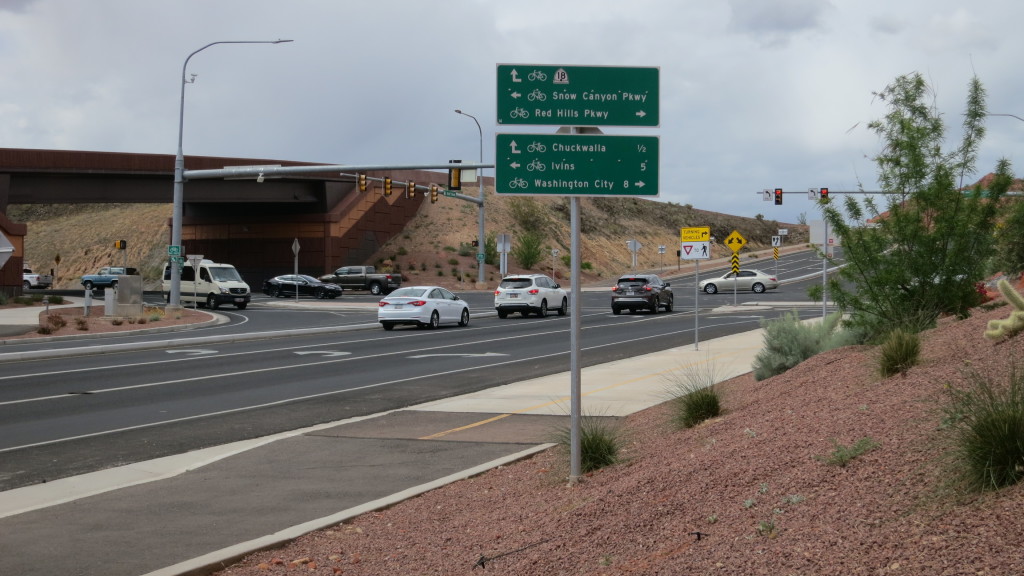 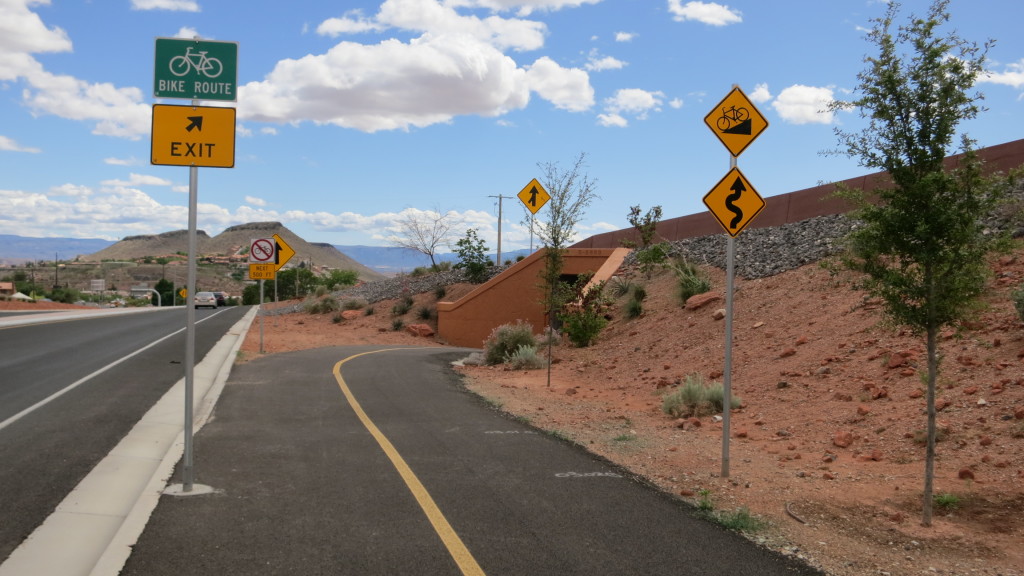 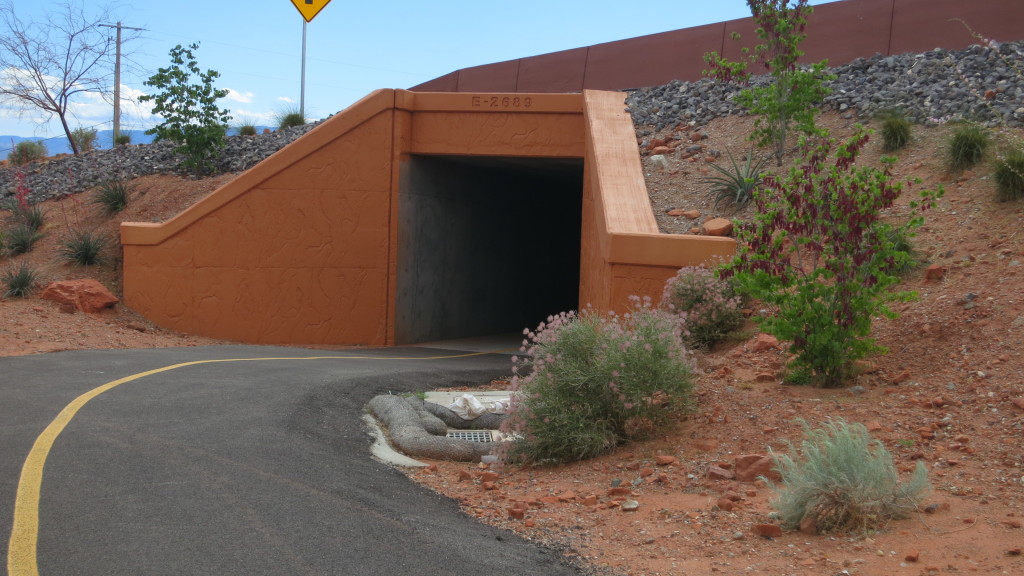 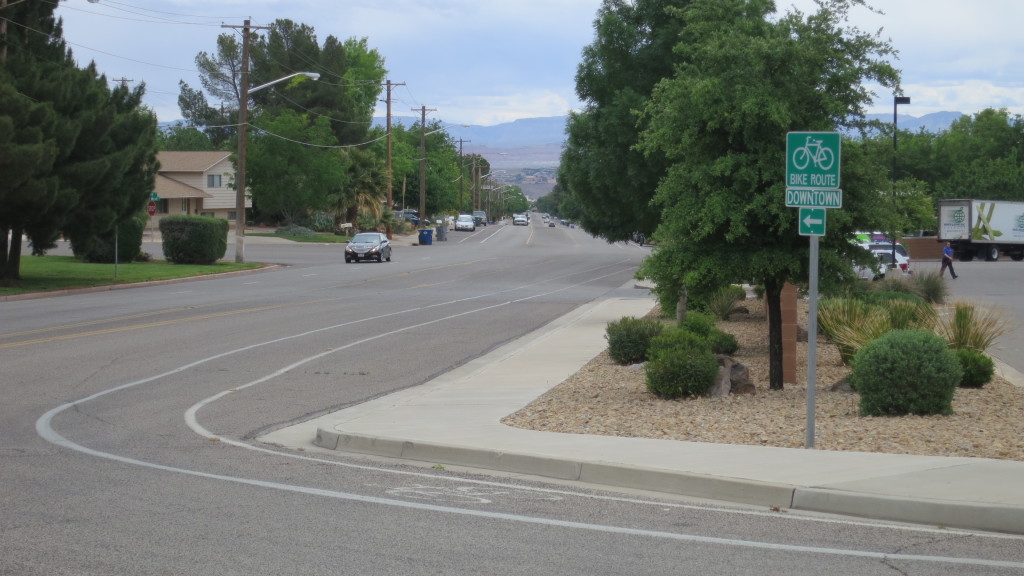 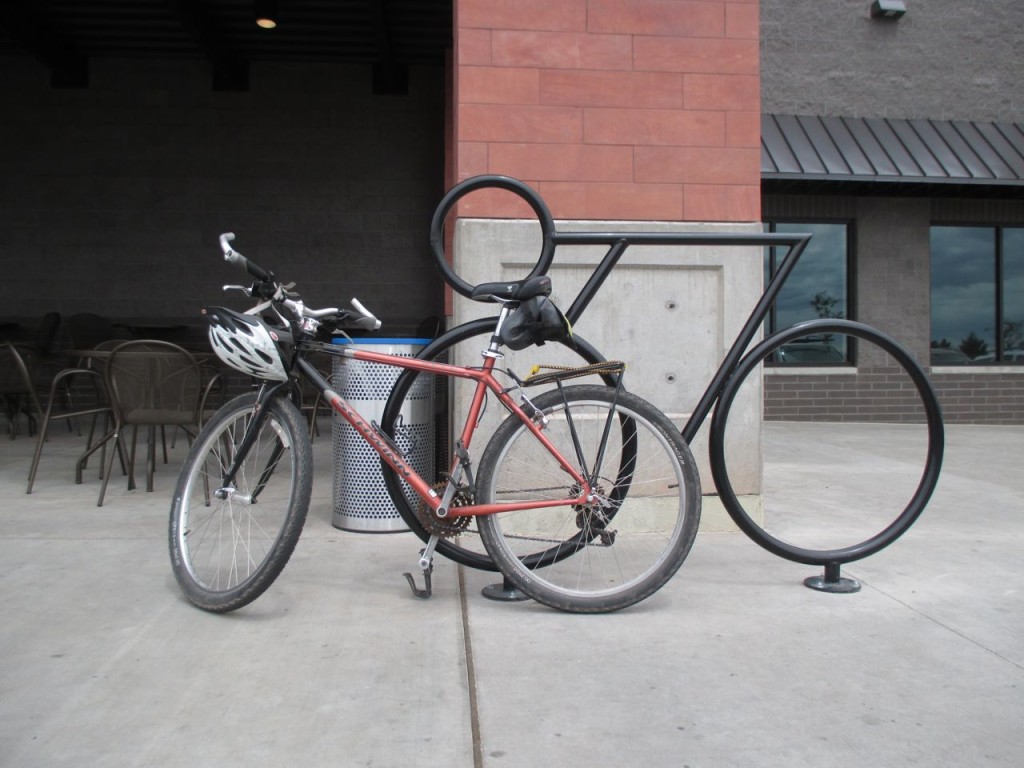 St. George News Road Respect column is developed with the Southern Utah Bicycle Alliance, a nonprofit advocacy organization devoted to making cycling safe and convenient for everyone who rides a bike. Opinions stated are those of the columnist and may not be representative of St. George News.

Kristine Crandall is an outdoor writer and hiking and naturalist guide who takes frequent recreational bike rides around her Ivins neighborhood. Her first-ever visit to Washington County was while on a cycling tour through the Southwest. Over the past several years, she has written opinion columns and wildlife articles for The Spectrum. St. George News Road Respect column is developed with the Southern Utah Bicycle Alliance, a nonprofit advocacy organization devoted to making cycling safe and convenient for everyone who rides a bike. Vist the SUBA website here: http://southernutahbicyclealliance.org/

Biking Quail Lake Reservoir: Twist & Shout to Lake Side trails, out and back

Should Utah law allow bicycles to pass through red lights?