Branding day at the Atkins Ranch on the Arizona Strip, Mohave County, Arizona, March 2016 | Photos by and courtesy of Kathy and Jim Lillywhite, St. George News

FEATURE — Dust obscured the winding unpaved road for 200 feet before us as we followed the white Super Duty pickup carrying the Atkin family out to the Atkins Ranch for its annual branding day.

The family – TJ and Amanda Atkin and 1-year-old Briar – had left the comforts of their home in St. George at the crack of dawn this cool morning in March to head to the ranch on the Arizona Strip. My husband and I, a photographer team, were welcomed to tag along with the objective of capturing today’s cowboy at work.

Our jeep bumped along the ruts twisting and bouncing to a place made by God for Black Angus cows and cowpunchers and heavy-muscled quarter horses. The sun bounced up over the black ridge mountain and glowed upon the quiet meadows dotted with sea-foam colored sage.

The ranch house popped into view cozied into the hillside.

Under a shelter stood sturdy horses bred specially for the job of strenuous work. They picked up their heads, snorted, blew and awaited the boss of the plains. TJ was tough and good. He shed his jacket and began work. He ranches for profit, breeding and raising quality beef and never in the business for a tax write-off — therefore things are done the right way.

TJ coaxed the horses with a bucket of oats. He haltered them and they stood patiently as they were brushed and curried. A clean mount is the pride of a cowboy.

TJ detected Tucker, his big gray gelding, had thrown a shoe and immediately picked up his farrier tools: the hoof pick, driving hammer, nails, clinchers, and hoof stand that looked like a weighted umbrella base. Within six minutes the shoe was applied.

Not many real cowboys are left in the world today and the existing ones are not Hollywood stereotypes, hard drinking, hard-fighting drifters. No, today’s cowboys are hard working honorable men who make their living in the hot sun and dust of the corral — ranchers who cared for their land before it was politically correct. They are knights in dusty boots, chivalrous to ladies and gentle with children. They talk to animals and animals respond to their commands. Watching them is poetry in motion. As long as little boys play roundup and tip their hats to little girls, the cowboy will continue.

Rodeoing, an American icon as strong as the Statue of Liberty, is the training ground for young bucks; first a rodeo-er and then a good cowboy.

Neighbors from various ranches streamed along with a cloud of thick haze, pulling up in pickups with horse trailers attached arriving at the Atkins Ranch on this day in March.

The decision of who would start sorting (two on horses, two on foot), who would vaccinate and singe the “Top Hat” brand with irons – all this had been discussed beforehand. The two young buckaroos would be wrastling the first hours and then all cowboys would change positions, giving the young cowhands a chance to use their roping skills and to have fun.

Again the dust began to rise as 40 hooves pounded the ground with a mile-eating trot. The cowboys rode the short distance to the watering hole corral finding the mother cows had been previously paired with their calves and lounged in the feed ground meadows. As if the mother cows knew what was coming, they began bellowing to their offspring. Quiet was gone. And three hundred baby Black Angus and Red Angus bawled back in a higher note.

Eleven cowboys mounted on their quarter horses, whirled their stiff bull hide lariats just over the heads of the cattle and the jingling and jangling of spurs mingled with commands. They brought the cattle in.

The cowboys separated and corralled the calves into a heap of dark furry hides inside the cedar post and wire fence pen. This first time being separated frightened the young bulls and heifers, their bawling and slobber disconcerted the visitors who observed the procedure. The mother cows never ceased their bellowing and watched on through the wire fence.

The talented cowboys with great eye-hand coordination threw hoolihans with their inflexible braided rope which spanked the calf just in front of the flank and the lasso fell to the ground catching the back hooves perfectly. The horse responded to knee, voice or rein commands and backed up instantly and pulled the rope taut dragging the calf a few feet to receive his medicine with a needle gun.

The cowhand flipped the animal to his right side and with his foot held the animal still, the branding iron sizzled and smoked into his hide leaving the scar. The ear of each heifer was marked.

The bull calves were castrated with one fell swoop of a blade and the wrangler dropped the pieces cut off into his pocket for later counting and put the knife between his teeth and finished the job at hand. Within minutes the newly-made steer was released and wandered back to the comfort of his crowd.

Amanda kept the medicine guns full, put vegetables and shredded beef in Dutch ovens, took care of Briar – who found amusement at the branding event. Amanda eventually traded baby for Boss’s horse and tried her hand at roping with a very nice hoolihan.

Briar posed with her cowboy hat shading her eyes. Wearing toddler Wrangler jeans and pink boots and western shirt, she smiled into the lens. The camera caught the glint of her very large cowboy buckle that hung at her tummy, a souvenir of her daddy’s rodeo days.

Under his breath and Stetson hat TJ said, “Memories will never die as long as the wind blows, grass grows and water flows.”

On branding day, Kathleen and Jim Lillywhite set out before sunrise for a day filled with excitement and adventure starting before sunrise, often standing in the center of the rodeo. They shot over 500 photos at the branding corral on the Atkins Ranch.

Cowpunchers from neighboring ranches helped cut the herd of approximately 300 offspring and performed the annual duties of branding, a practice which dates back to the ancient Egyptians and is still prima facie proof of ownership.

When the day’s work was done and the Dutch ovens heated, the group enjoyed Black Angus steak, of course. The Lillywhites took away a sense of awe, they said, of the hard work, tenacity and aptitude of the modern cowboy and how a ranch family functions today. 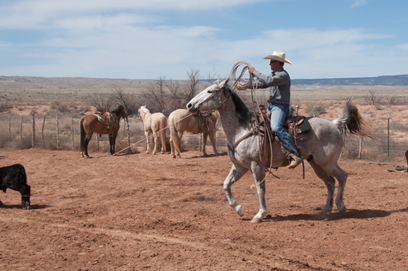 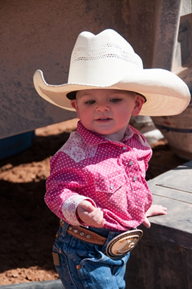 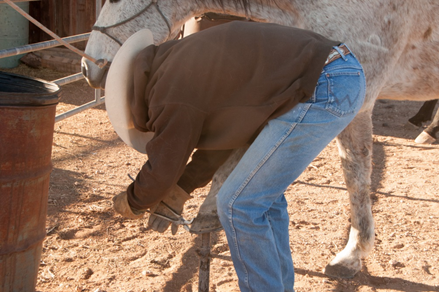 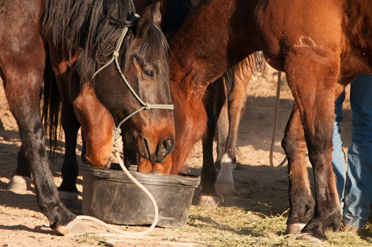 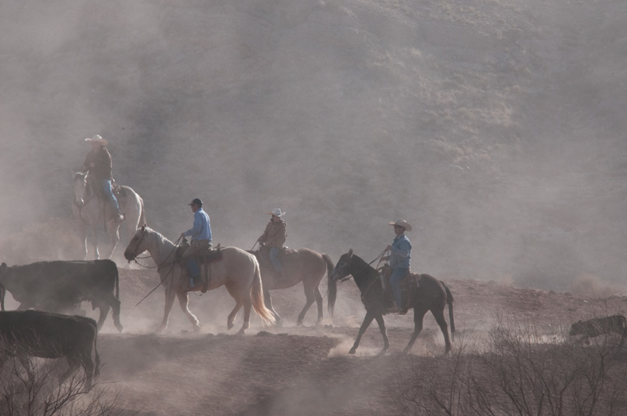 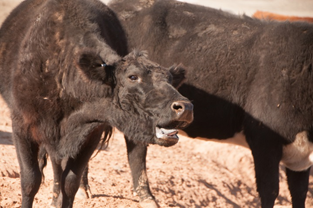 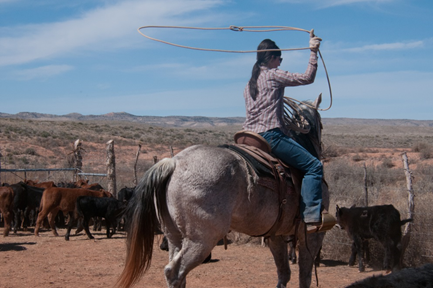 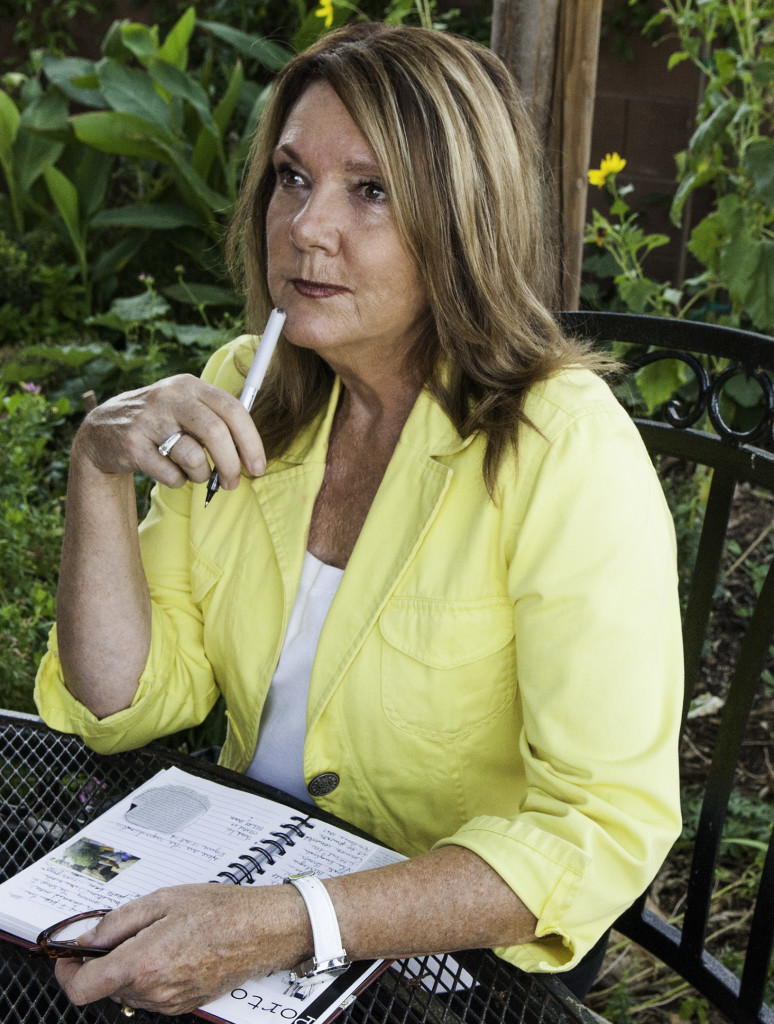 Kathleen Lillywhite is a published author who enjoys writing everyday stories. She and her husband, Jim Lillywhite, are a photography team who live, love and enjoy the vistas surrounding St. George, with Jim serving a photography mission for The Church of Jesus Christ of Latter-day Saints. The Lillywhites have lived in the St. George area since about 2000, loving every day of it.

2 crashes in 90 minutes in the Gorge; 2 sent to the hospital