ST. GEORGE — While a shed fire Tuesday afternoon caused damage to the home nearby, a second shed fire four hours later in Bloomington Hills caused no damage — unless you consider an artificial Christmas tree and items the owner no longer wanted as damage.

“My daughter came in and said there was a lot of smoke coming out of the shed,” homeowner Gary Tomlinson said. “I went out there, figured I could open it. I kept a gas can at the back of the shed, so I opened the door. The heat was pretty tremendous, I was surprised.”

Tomlinson and his wife Jan were able to get the gas can out of the shed and use the garden hose to keep the fire in check until firefighters showed up.

“Second shed fire today,” St. George Fire Battalion Chief Ken Guard said. “The fire was contained inside the shed. Minor damage to this shed compared to the other one.”

Guard said there was an unseasonable cause of this fire.

“It was electrical in nature. They had an old extension cord and some Christmas lights plugged in (that) shorted out and set a cardboard box on fire.

Tomlinson sustained a minor burn to his hand but refused transport to the hospital.

“Everything lost was either a Christmas tree or things we wanted to get rid of,” Tomlinson said. 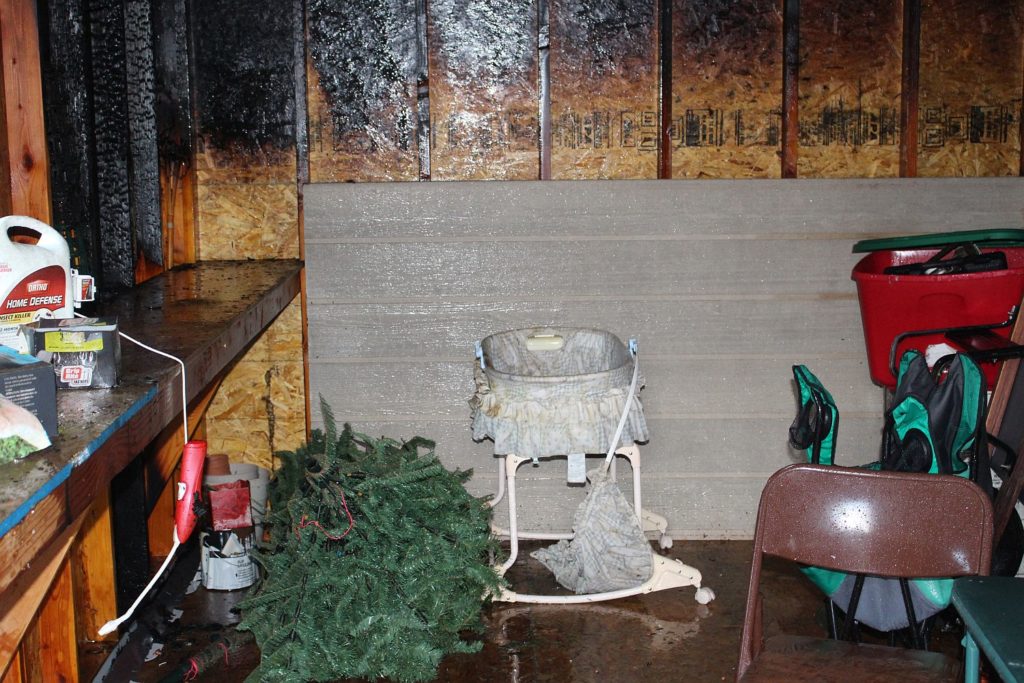 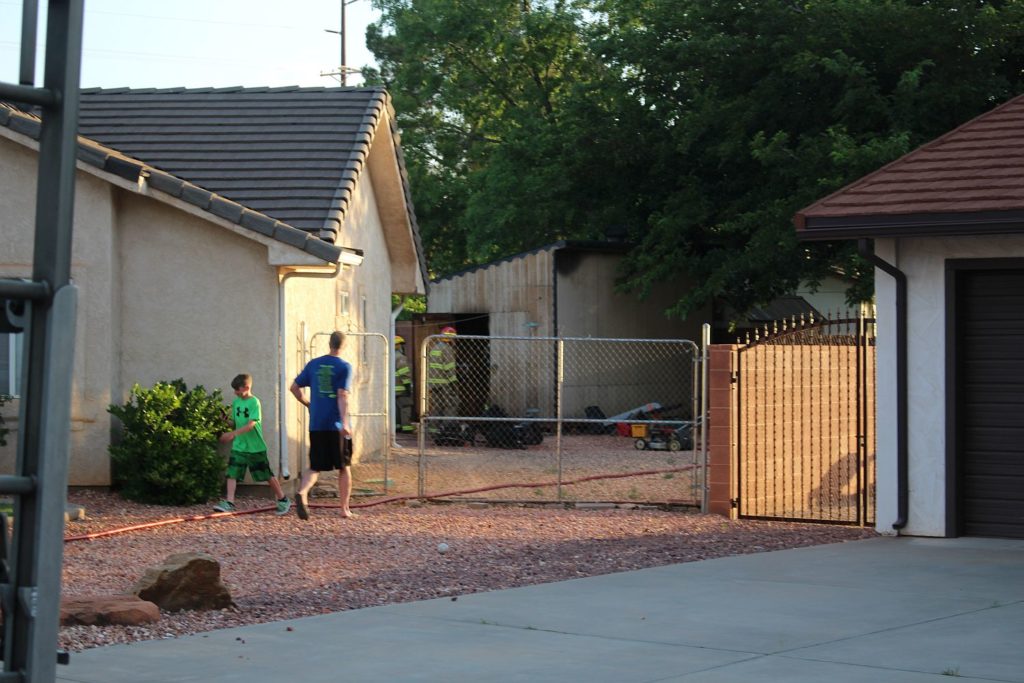 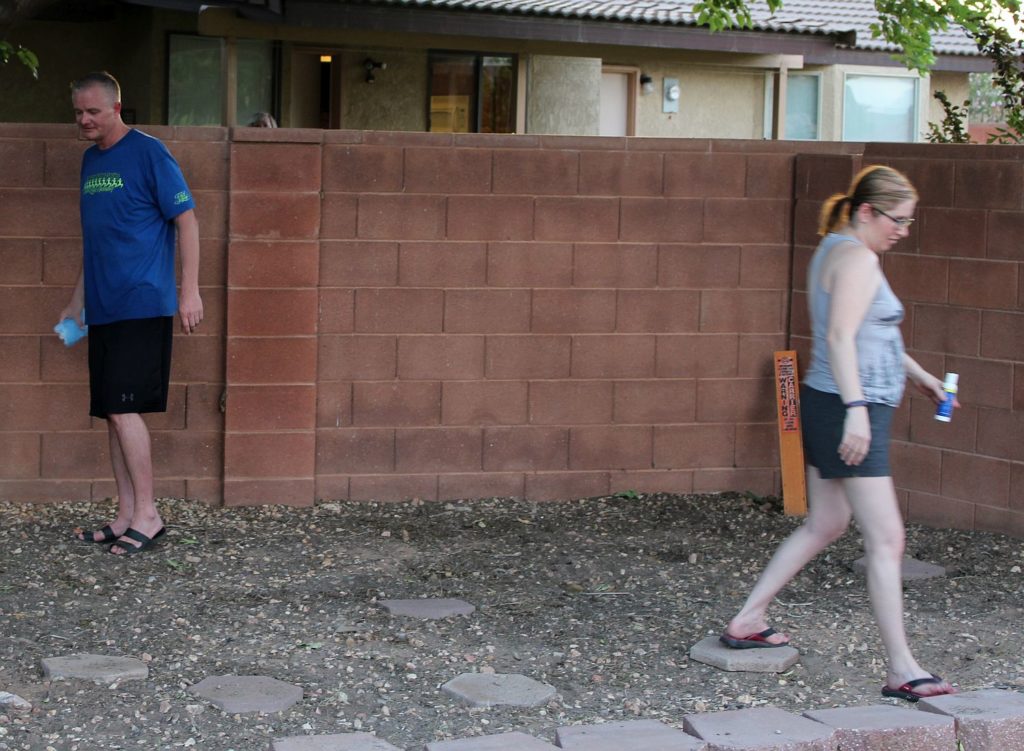 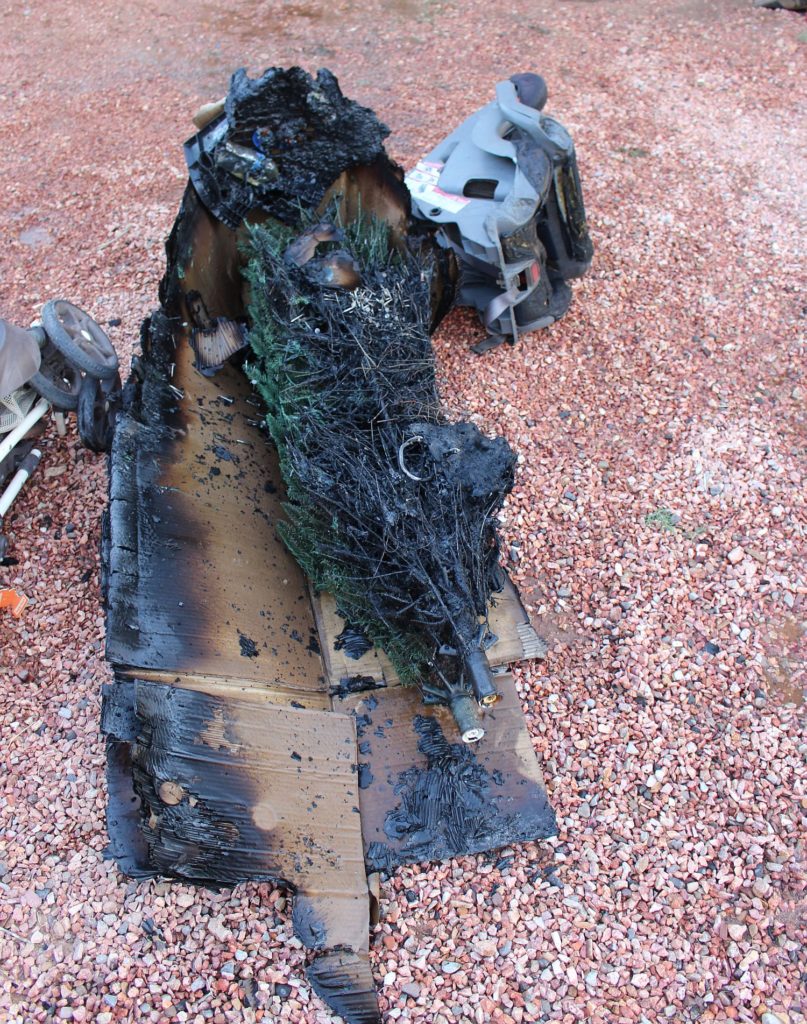 "I wrote my first word when I was very young. I enjoyed this so much I decided to write many more words." A native of Pacific Palisades, Calif., Ric was bitten by the news bug as a staff writer and associate editor of the Palisades High School Tideline. After school he entered the media as a radio personality, both playing music and reporting news. Ric moved to St. George in the 1980s and was the morning personality on all three major AM stations in town. An avid amateur radio operator, Ric is looking for a good band to play in, as he plays keyboards, bass and guitar. Ric, who currently is working on developing a lifestyle that doesn't require his presence, lives in the center of St. George with his partner Terri, two snoring dogs and too many neurotic cats.