ST. GEORGE — Children playing with fireworks in a restricted area of St. George learned a valuable lesson Sunday evening after firefighters were called out to what they thought would be a house fire.

As the fire crews arrived they could see a heavy amount of smoke billowing from a section of dense bushes in front of the residence.

“This initially came in as a house fire,” Hooper said, “but once we arrived we realized that was just not the case.”

Firefighters found the fire was nearly out because neighbors had rushed to help extinguish it.

Firefighters began soaking the smoldering area with water while knocking down the rest of the embers. Only one engine was needed, the battalion chief said.

After talking with the neighborhood children and a family member who was caring for one of the youngsters, Hooper said he learned the fire was caused by one of the children playing with fireworks.

The fire started immediately, according to one witness, and spread quickly.

Ground bloom flower fireworks are ground spinners that release colorful sparks as they turn, according to TNT Fireworks.

Cassius Sanchez, who was playing a few hundred feet away at the time, said he noticed a fire growing in the bushes and ran to alert his father, Eddie Sanchez. The man immediately grabbed a fire extinguisher and ran toward the smoke billowing from the area as his wife called 911.

The fire extinguisher had little effect on what was turning into a blaze, Sanchez said, so he hit the flames with water in an attempt to contain it until firefighters responded.

Several neighborhood children were outside as firefighters arrived, one parent said. Hooper made it a point to speak to all of the children involved to make certain they understood lighting off fireworks is not only dangerous, but illegal where they live.

“They told us we live in a restricted area,” Dakota Young said, “and we can’t light any fireworks here.”

Hooper cautioned the community to make sure they are aware of the fireworks restrictions currently in place.

“Even lighting legal fireworks in a restricted area is prohibited,” the battalion chief said.

Fireworks restrictions for St. George include: No fireworks of any kind are to be used within 250 feet of the following areas – dry washes and drainages, river and stream corridors, hillsides, plateaus and mesa tops, undeveloped space or natural terrain.

Fireworks safety tips are listed on the City of St. George website. 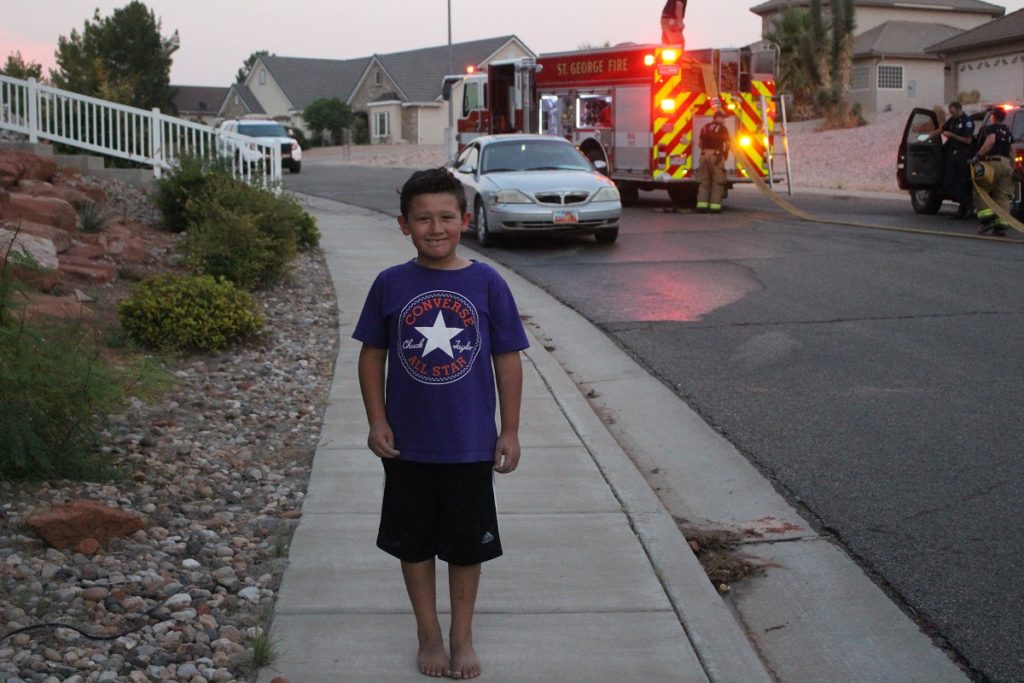 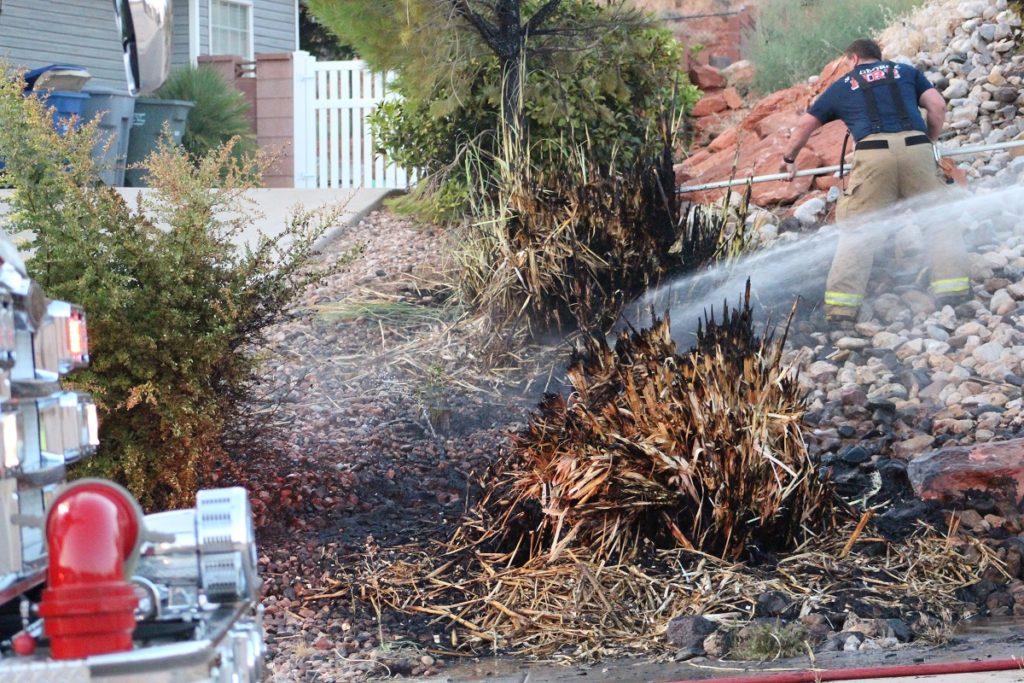 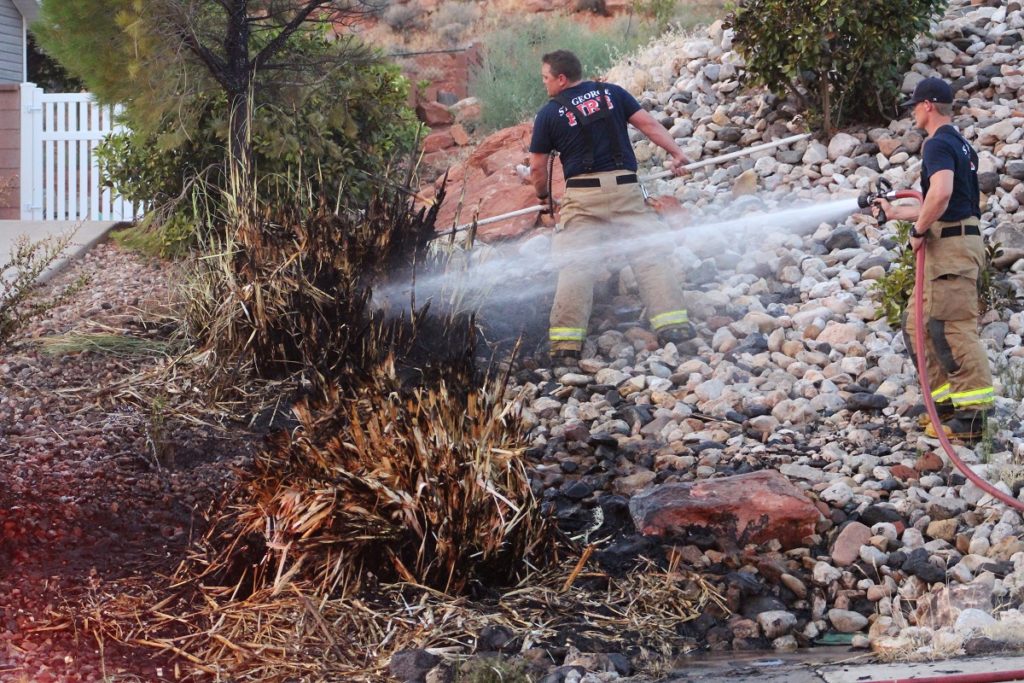 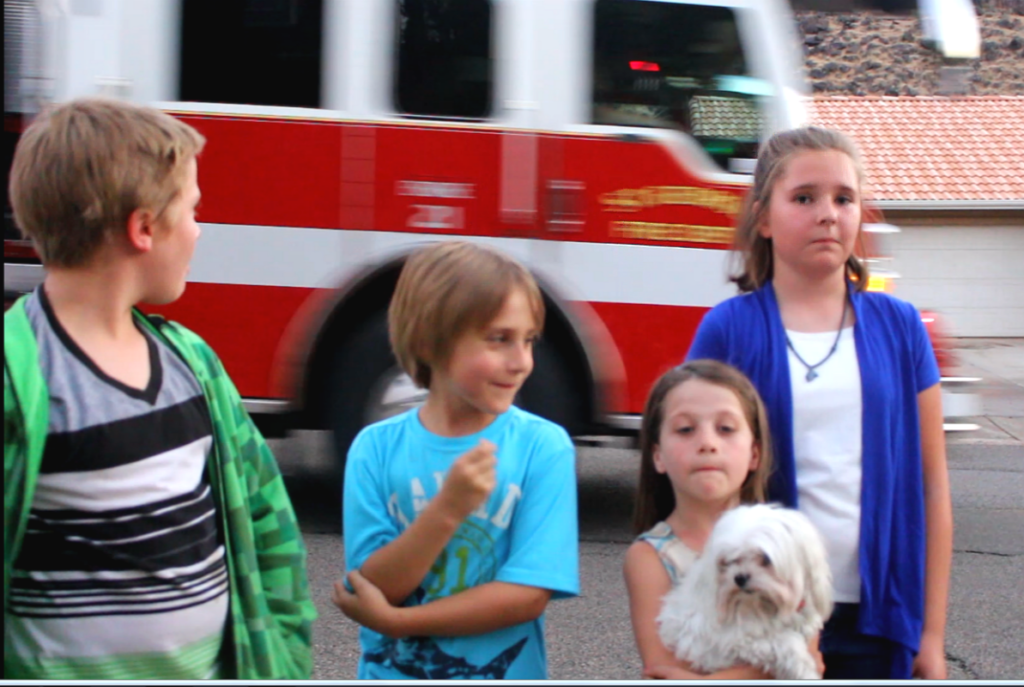 Fireworks may be cause of rooftop fire