ST. GEORGE — From “Pocahontas” to “Chicken Little,” St. George resident Jared Beckstrand has worked on some of the biggest animated movies Disney has ever produced. For 10 years he worked an animator for the company.

He began his career at Disney in the mid-1990s, working as an assistant animator, filling in the animation gaps for the character John Smith on the film “Pocahontas.: He said:

I started at Disney in 1994 and I was brought on to help with ‘Pocahontas.’ ‘Lion King’ was already in the theaters at the time and so they were ramping up for their new films; so I was asked to animate on (the character) John Smith. I was an assistant animator so I would do the in-between drawings between the animators’ main drawings. So I did that for about nine months or so.

Art has always been a big part of Beckstrand’s life.

“When I was a kid, I would draw all the time,” Beckstrand said. “A lot of the animators go to art school, or animation school, and learn that way, but a lot of them — including myself — are self-taught.”

He took courses in high school and at Dixie State (then) College, and also took a two-week crash course in animation; but by and large, his skills were learned on-the-job.

“I learned a lot just by being in the studio,” he said, “and seeing firsthand how they do things.”

Art is almost a spiritual act for Beckstrand.

“I guess drawing is creating something that didn’t exist before,” he said. “Especially with animations, it’s more than just a still drawing, it’s drawings that move … the first time I saw some of my animations play back on a video, it just kind of hit me like ‘wow, it looks like it’s breathing and real and it’s a character that’s just made out of pencil and paper.'”

“It’s really rewarding to see something that is believable and alive,” he said.

“I got my start with him,” Beckstrand said of Bluth. “I think it was 1990 or ’91. I was doing in-between animation, which is the final line cleanup drawings, methodically going through and doing every single drawing that flows between the animator’s key drawings.”

Beckstrand worked on Bluth Production’s “Thumbelina” and “A Troll in Central Park.”

After he left Bluth Productions, he went to work for a short time for Rich Animations and worked on the film “Swan Princess.”

Then, Beckstrand heard that Disney was actively seeking assistant animators. He left St. George and drove to Burbank, California, to take an animation test. He was hired soon after.

After the completion of “Pocahontas,” Beckstrand was promoted to animator for the next Disney film, which was “The Hunchback of Notre Dame.” He was given the responsibility of drawing the character Esmeralda.

“That was kind of my start,” he said.

“I stayed there for 10 years,” Beckstrand said, “and I animated on every movie after that.”

Following “Hunchback,” Beckstrand worked on the character Meg for “Hercules.” The character Jane from “Tarzan” followed, then he animated the “Rhapsody in Blue” sequence in “Fantasia 2000.”

“The Emperor’s New Groove” had one particular scene Beckstrand enjoyed working on, involving the main characters of Pacha (voiced by John Goodman) and Kuzco (voiced by David Spade).

“Specifically I liked the waterfall sequence where they go over the edge and (Pacha) brings him onto the shore and tries to resuscitate him (Kuzco), giving him mouth-to-mouth. That was a lot of fun,” he said.

In the film “Treasure Planet,” Beckstrand worked on the character Sarah Hawkins. In “Home on the Range,” he animated the cows. That particular film was notable as being the final hand-drawn animated film Disney would make until “The Princess and the Frog.”

Beckstrand is an old-school animator, more comfortable creating with a pencil and paper than a computer. Nevertheless, he has learned the value of computer animation, and utilized it when working as an animator for the film “Chicken Little,” the first film that required Beckstrand to learn computer animation techniques.

“On Chicken Little, it was a lot different because I was trained to use the computer,” he said, “and so instead of using a pencil and paper, creating it organically and intuitively, you just have to grab on to the mouse and click onto Chicken Little’s torso and rotate it, then rotate the head … it wasn’t what I was used to.”

After a decade of work, Beckstrand left his career at Disney and moved his family back to Southern Utah in 2004.

“I decided to move my family back to St. George and try some different stuff,” he said

Leaving behind the Hollywood lifestyle and returning to Utah was not a difficult decision for Beckstrand. He estimated that he has spent half his life living in California and the other half in St. George.

“When I was 14 years old our family decided to move here to St. George,” he said. “I met my wife, we knew each other through high school and in the neighborhood. After I got back from an LDS mission we got married here. So we have a lot of ties.”

Growing up in Southern Utah meant that the area remained special to the Beckstrands.

“We grew to really love it,” he said. Adapting to the St. George way of life was initially difficult, especially for his kids who were used to a completely different lifestyle in California.

“At first it was an adjustment for my kids,” Beckstrand said.

Being closer to family was a big impetus for the Beckstrand family.

“We moved to St. George to be closer to my parents and my siblings, my wife’s parents and her siblings,” he said. “I’m the oldest of 10 and she’s the second of eight, so we have a lot of family around that still reside in St. George.”

The move has come with its challenges, however. Perhaps the biggest is finding steady work.

“Being at Disney was like being on a big cruise ship,” Beckstrand said, “and deciding to leave was like jumping off into the ocean with just a little raft. Making your way on your own is sometimes a challenge, but so far it’s worked out.”

His time at Bluth Productions and Disney were special, he said.

“I loved it,” he said, “I especially loved it at Disney. Just because the quality of art was so high, the people were very professional and nice, you didn’t have a ton of weird drama going on.”

The free Disneyland pass was a nice perk as well, he said. His first year at Disney, he took his family to the park seven times.

The power of technology now allows Beckstrand to remain working as an animator part-time from his home. When he did animation work for “The The Princess and the Frog,” (a return for Disney to hand-drawn animation techniques) he was able to draw his animations, scan them by camera and then send them to the movie studio.

Beckstrand now works as a freelance illustrator and animator. Many of his illustrations reflect his deep faith as a member of The Church of Jesus Christ of Latter-day Saints. His father was a bishop when he was a child. His drawings are primarily geared to teaching children the tenets of the LDS faith.

“Younger children are impressionable and so I believe it’s important to teach them what we feel within our heart and think is true and it will make a difference in their lives, so pictures of the savior or pictures of people praying, pictures of the temple — those kinds of things help reinforce what’s being taught so when they see it, it kind of keeps it forefront in their mind.

Beckstrand is also stepping into the role as an animation mentor at Tuacahn High School for the Performing Arts during the 2016-2017 school year. 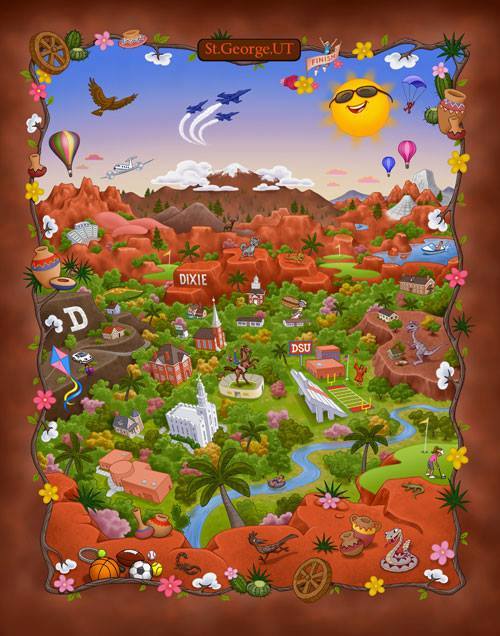 These days Jared Beckstrand is doing a lot of illustration work, such as this drawing of the City St. George, Utah, after retiring from 10 years with Disney as an animator. Image 2016. | Image courtesy of Jared Beckstrand, St. George News 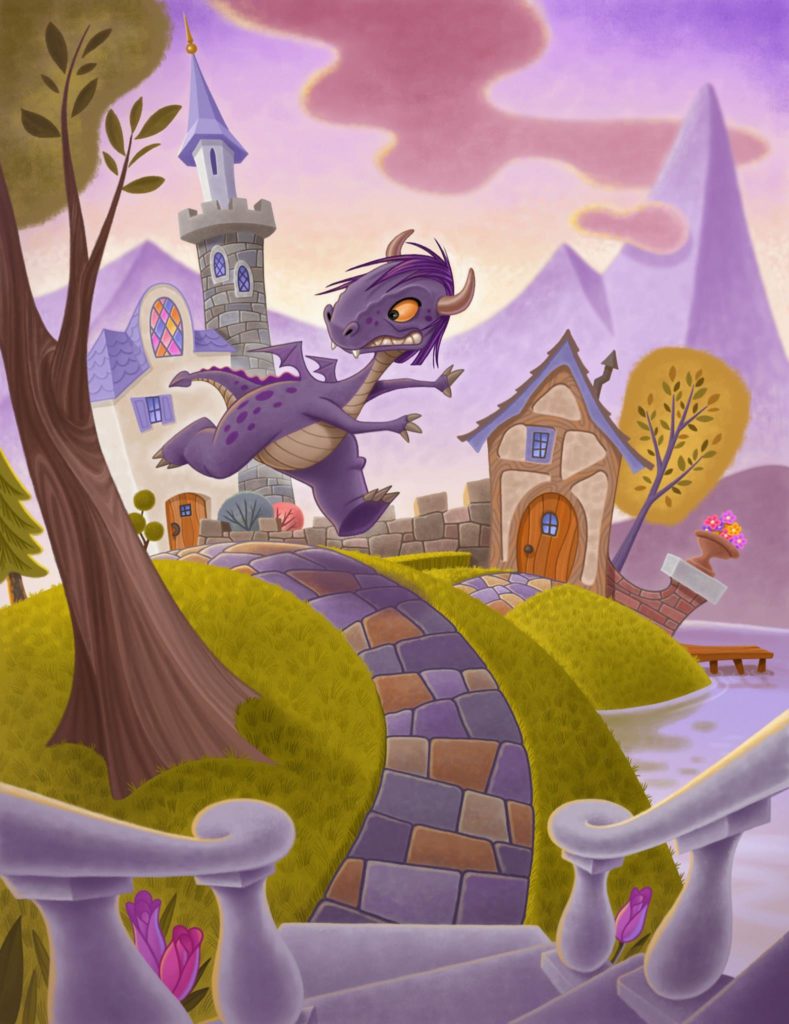 This image shows one of animator and artist Jared Beckstrand's more recent works as an illustrator since retiring from 10 years with Disney. Date not specified.| Image courtesy of Jared Beckstrand, St. George News 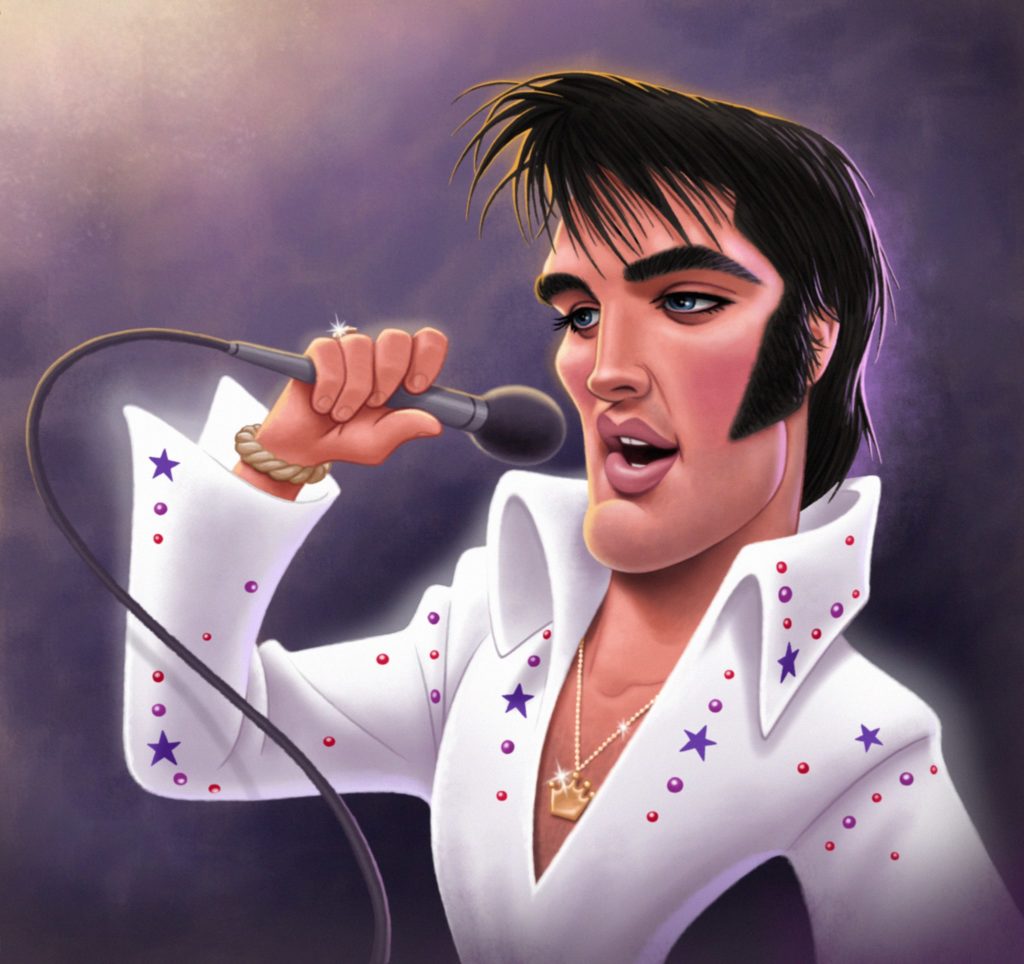 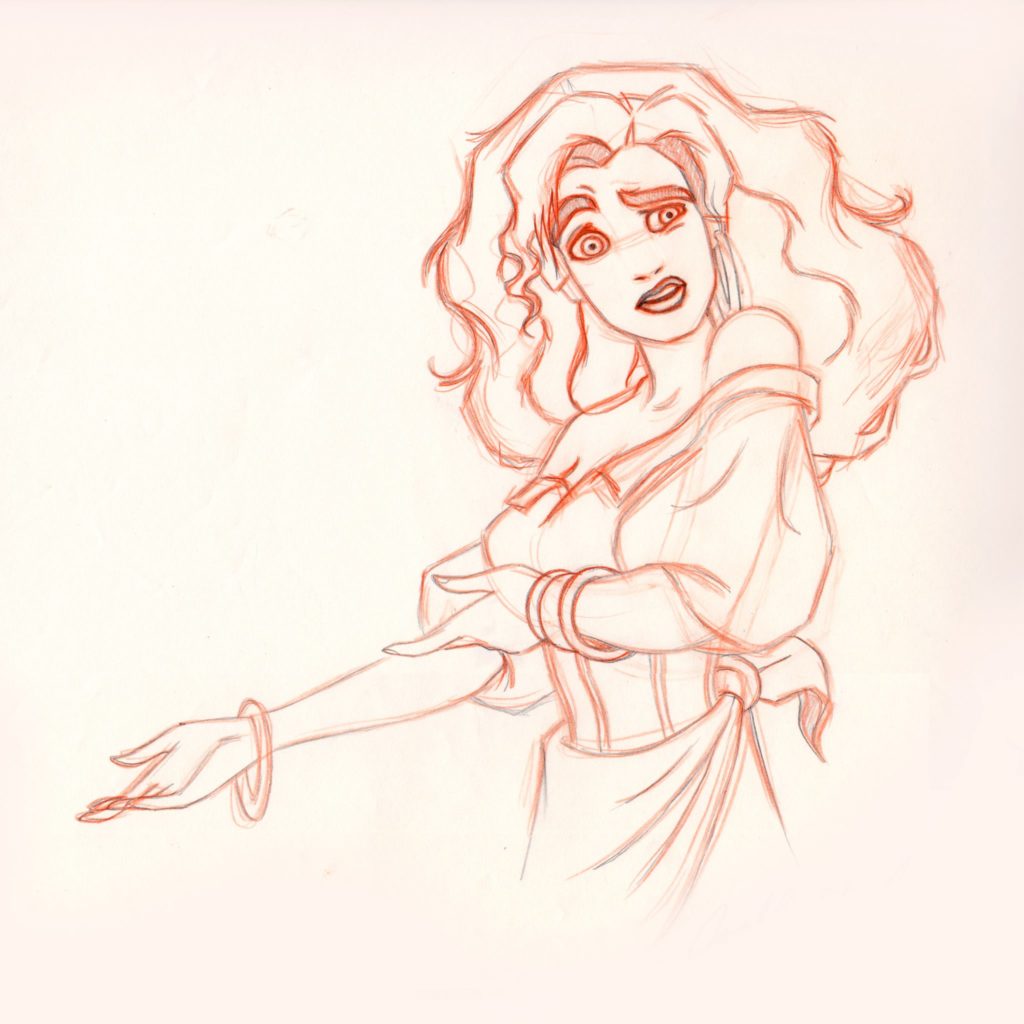 This image shows the character Esmeralda which animator Jared Beckstrand worked on for Disney's "The Hunchback of Notre Dame." Date not specified. | Image courtesy of Jared Beckstrand, St. George News 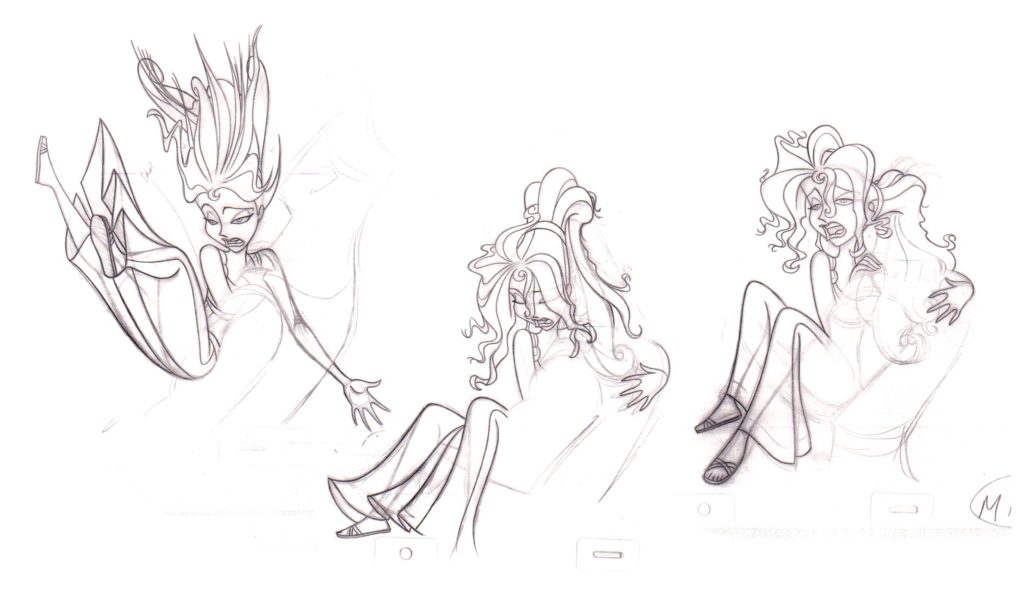 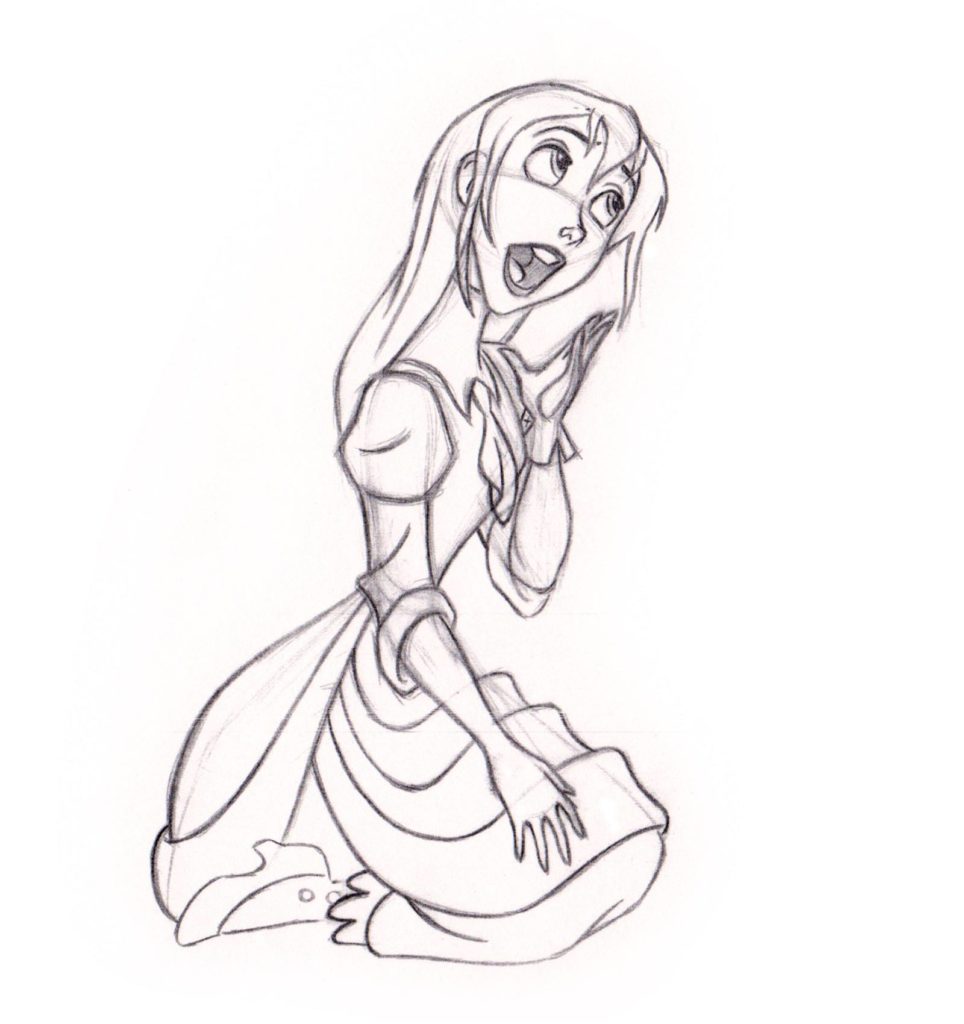 This image shows a rough drawing of the character Jane from "Tarzan" that Jared Beckstrand worked on during his 10 years with Disney. Date not specfied.| Image courtesy of Jared Beckstrand, St. George News 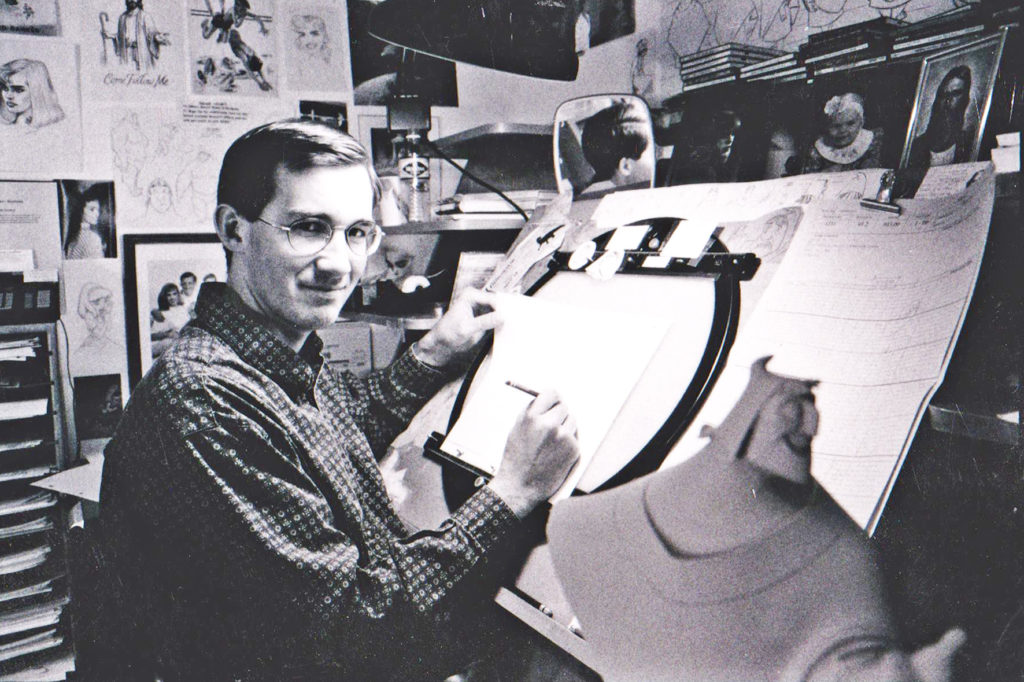 Jared Beckstrand has worked on some of the biggest animated movies Disney has produced. Beckstrand at his work station with Disney. Location and date not specified. | Photo courtesy of Jared Beckstrand, St. George News 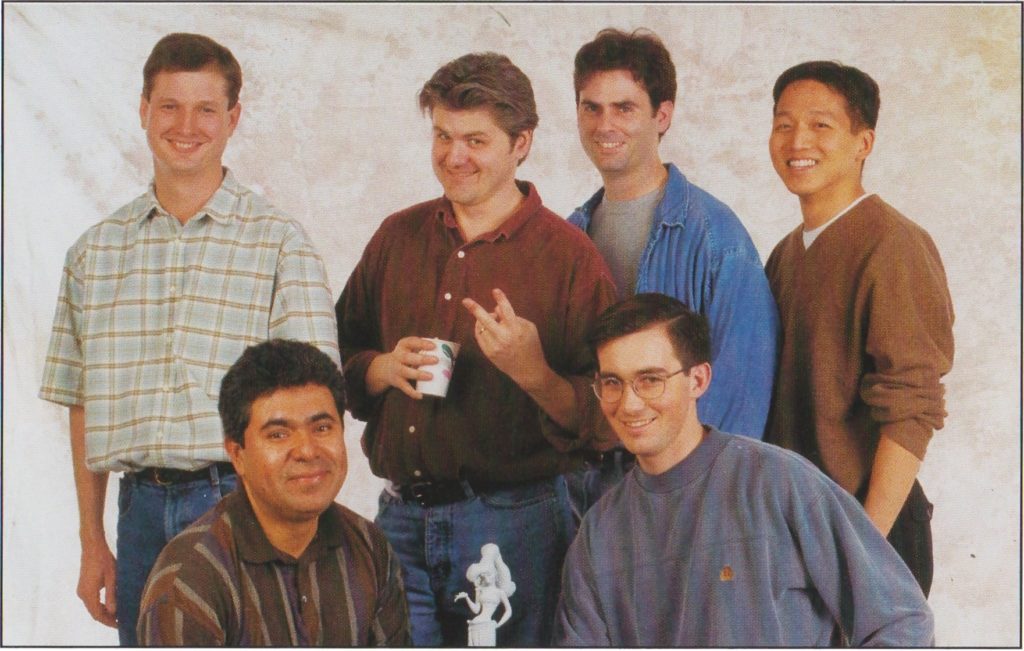 Jared Beckstrand worked as an animator for Disney for 10 years before retiring to St. George. In this photograph, he poses with the animation department during the production of "Hercules." location, date not specified | Image courtesy of Jared Beckstrand, St. George News

Don Gilman is a fourth-generation newspaperman whose passion for writing began at an early age. His work has been featured on the ESPN Pac-12 Blog and Bleacher Report. He attended Umpqua Community College in Oregon. He is an avid kayaker, hiker, rock climber and mountaineer and has climbed some of the biggest mountains in the western United States.

Gala glories in what art can do for a city, appreciation for artists