ST. GEORGE — A hiker walked away with minor injuries after being pinned between two rocks – thanks in part to a huge emergency response of about 40 emergency personnel who descended upon the area ready to rescue her.

At approximately 5:45 p.m. Wednesday emergency personnel were dispatched to the Tonaquint Terrace area, located off of 2400 S. 1340 West in St. George, on a report of a woman wedged between rocks in a remote, rocky section of the terrain, St. George Fire Battalion Chief Robert Hooper said.

Once a group of firefighters, EMTs and rescuers reached the area they found a woman in her 20s lodged firmly between the rocks about 10 feet down from where she had been climbing.

She was conscious and alert, authorities said, but was trapped and clearly unable to free herself.

A county-wide page sent out to members of the Washington County Search and Rescue Team brought a steady stream of trucks, ATVs and rescuers to the area.

Intermountain Life Flight was also dispatched to the scene in the event a rapid transport to the hospital was necessary, Hooper said. However, after circling for several minutes the helicopter was called off and returned to the heliport at Dixie Regional Medical Center.

The department planned for an extensive rescue, the chief said, due to the intricate nature of the hiker’s position between the rocks.

That type of rescue can take several hours, requiring the use of airbags and cribbing to widen the space between the rocks in order to safely free a trapped individual.

Responding team members brought the necessary equipment to the area in case it was needed.

In this instance rescuers were able to extricate the woman in approximately 40 minutes, using ropes and soap to free her. Dusk was falling when crews were able to release her from her predicament.

Despite sustaining injuries to her hip and pelvic area she was able to walk on her own. Emergency medical personnel on scene offered to transport the woman to the hospital but she declined.

“It could have been a lot worse,” Hooper said, “the body can have a lot of issues when you’re pinned or wedged in a tight space.”

The hiker told authorities she had been hiking with a group of people and was climbing the rocky terrain when she suddenly fell down into the space between two close-fitting rocks. At that point another hiker called 911 and a rescue was initiated.

The significant response was a collaborative effort of approximately 15 firefighters from the St. George Fire Department, 25 rescuers from Washington County Search and Rescue, Gold Cross Ambulance and Intermountain Life Flight.

“It was a very fortunate outcome today,” Hooper said. 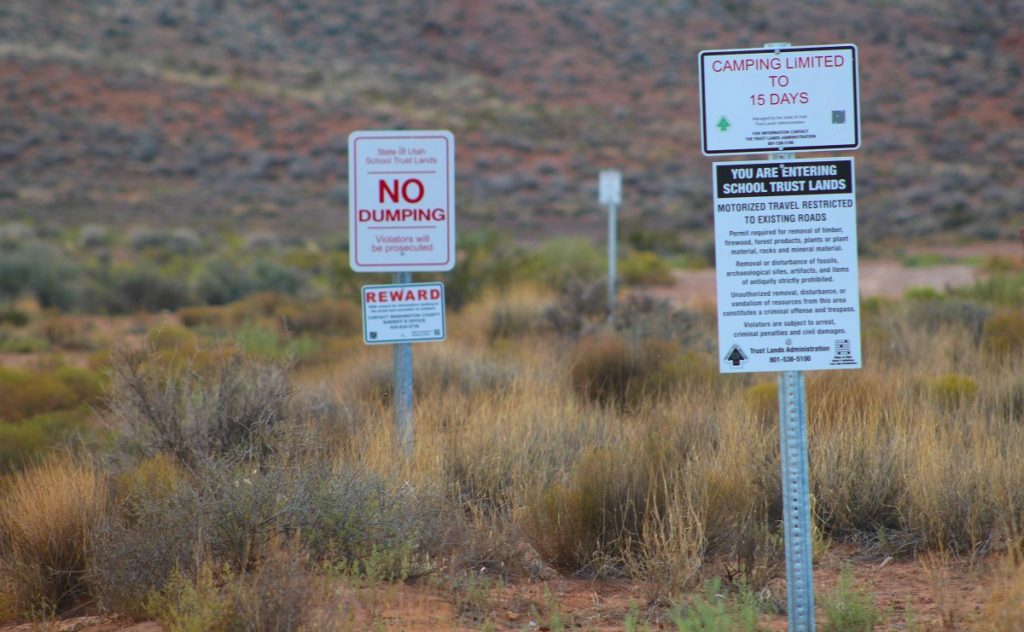 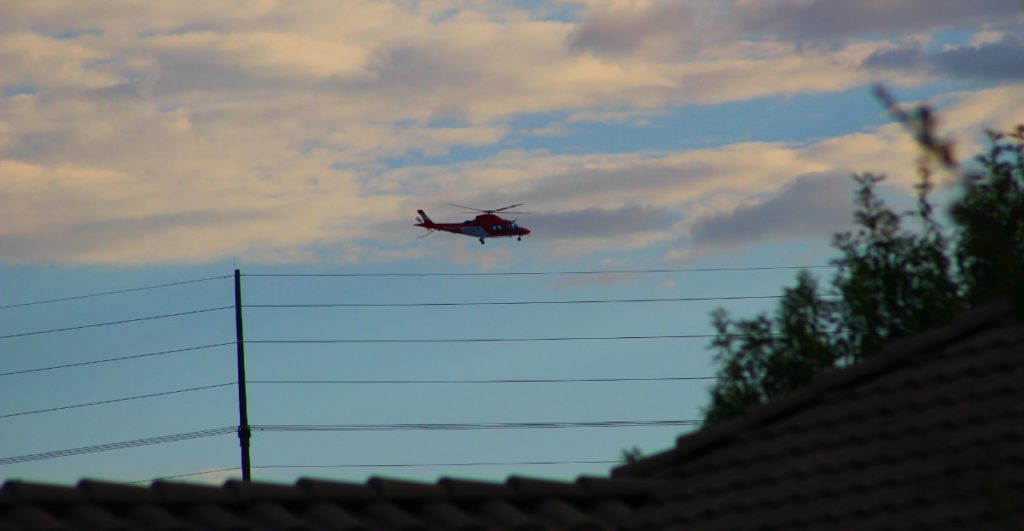 Life Flight circles the area where a hiker was pinned between rocks. The helicopter was not needed and was later released back into service, St. George, Utah, Aug. 31, 2016 | Photo by Cody Blowers, St. George News 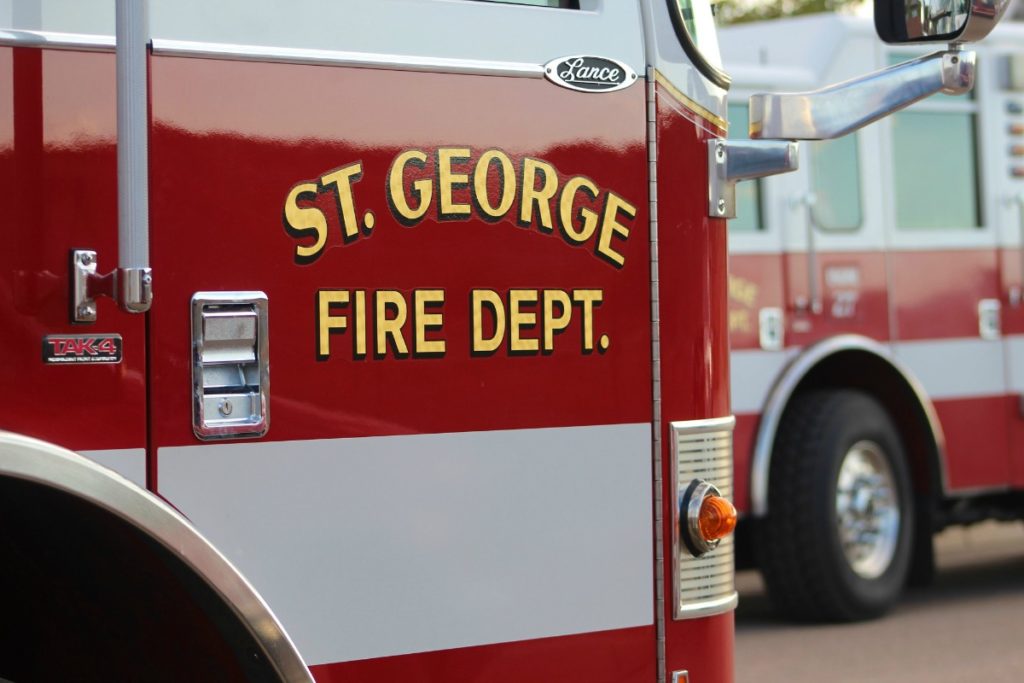 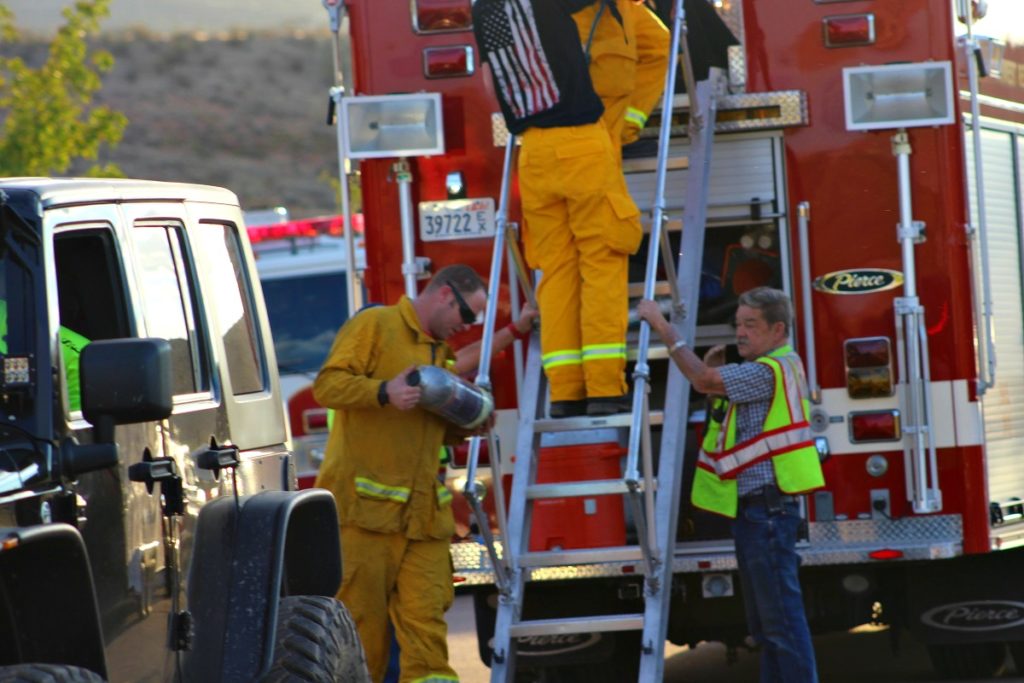