FEATURE — Fremont Indian State Park and Museum, set within Clear Creek Canyon near Sevier, is not large but it is filled with thousands of artifacts excavated in the 1980s from the largest ancient village site ever found in Utah, that of an ancient people known as the Moqui, or Moki, now referred to as the Fremont Indians.

On discovery of the sites, Brigham Young University was given a short time to excavate and the Legislature established the park to preserve the canyon’s treasury of rock art and archaeological sites. In 1987, the park officially opened approximately 17 miles east of Cove Fort on Interstate 70. Looking across the interstate from the museum, you can still see the remains of Five Finger Ridge, the place of excavation.

Park guide Rena Pikyavit, also president of the Central Utah Archeological Society and a Native American from Navajo and Paiute tribes, grew up in Payson then married Delvern Pikyavit of Kanosh. Her husband, of Shoshone, Apache, Ute and Paiute heritage, remembers the last “Old One,” or Moqui, who resided in Kanosh, she said.

Unlike many native tribes who existed before A.D. 400, the first dwellers in Clear Creek Canyon built villages. They collected wild foods, such as cattails, seeds and pine nuts. They hunted birds and game and caught marsh fish. Known as agrarians, they also cultivated corn, beans and squash using irrigation ditches and canals.

The preferred term for the ancient people of this region is Moqui, Rena Pikyavit said. The name “Fremont Indians” was given by scientists as John C. Fremont had explored the area and the Fremont River was named after him. Ancient artifacts were found near the river, thus the dwellers were named Fremont Indians.

Some archaeologists, however, don’t like the term “Fremont” as a description for the Native Americans in the south-central part of Utah. They even dispute whether the people were a single, cohesive group. However, as artifacts and structures are dug up, they consistently distinguish these people from the group with which most archaeologists say they had the closest cultural ties: the Ancient Puebloan – or Anasazi – peoples.

The sites at the location of the museum were first brought to public light during the construction of I-70 in the 1980s. However, that was far from the first route of European travel through the area.

The Piute Trail, which ran through Clear Creek Canyon, was traveled in 1826 by Jedediah Smith, a frontiersman, hunter, trapper and cartographer who was the first U. S. citizen to explore the Sierra Nevada and Great Basin Desert.

Over the next 50 years, the trail improved into a wagon road with a toll of 25 cents per wagon.

In 1887, John Smiley Lott and his two wives settled in the canyon to run cattle. Today, the homestead shows two rooms where the Lotts raised their six children. A school was built for the Lott grandchildren and also used for church meetings.

Though green apples still dangle from a few 100-year-old trees around the Lott home, farming in the area was marginal as the soil depth was poor, and they moved away.

Scientists and archaeologists continue to discover remnants and ruins from earlier inhabitants of the area.

Archeologists are still unearthing villages characterized by unique clusters of pit houses surrounding hearths for smoking meat and granaries for maize storage, Rena Pikyavit said. The people dug a hole into the earth creating a dugout they covered with twigs and mud covering it with a roof woven from local tree branches.

Some researchers have speculated that the Fremont people were “scatter hoarding” – that is, hiding their food in many places so that when robbers discovered it, they would only find a small cache. However, some of the granaries found could hold hundreds of bushels of maize.

Many artifacts now housed in the museum set this group of dwellers apart from the Anasazi.

Pottery, the oldest form of art found by archaeologists, tells a story not only in form but also function. Shards of unpainted black or gray coil pottery provides evidence that this culture used it for cooking, water carrying, storage and preserving seeds for next year’s planting.

A trapper display offers a replica of a well-worn Fremont moccasin and provides another distinction from the Anasazi. Unlike the yucca-fiber sandals worn by Anasazi, archaeologists have found moccasins fashioned of the hides of deer, sheep or buffalo hocks, constructed in a way that the animal’s dew claws would serve as hob nails on the sole of the moccasin.

Visitors to the park can also try their hands at grinding some corn on the stone “metate and mano,” a kind of mortar and pestle used for making flour of corn or seeds.

There is also a collection of wood scrapers and other tools used in basketry. The “one-rod-and-bundle” basketry technique has been labeled as being specific to the Fremont people. Another distinguishing feature of the culture was sewing with bone needles.

Excavators also found unique trapezoidal figurines in little doll forms that are also seen in the various pictographs and petroglyphs at the museum.

“They represent deity, visions, prayers or dreams, showing things they could not see,” Reva Pikyavit said of the figures.

Park visitors can pick up a trail guide and go for a short or long hike on any of numerous trails that lead to art panels, viewpoints and geologic wonders. The trails range from .25 miles to 5 miles in length. A short, nearly flat trail, loops behind the museum and is wheel chair accessible; it introduces visitors to the Fremont culture with very colorful and well-preserved rock art.

Pictographs are painted on stone, petroglyphs are carved, both also called rock art or rock writing. Rock art reveals the lives of the Ancient Ones and their legends.

A local favorite is the 16-by-4-foot “Indian Blanket” panel. According to legend, many years ago a Paiute band traveled to a winter camping area. The frozen winter sun slipped behind a row of tamarisk shadows, and a baby girl was born. One little breath, and then the wind swooped up the baby’s cry. The mother held her close, wrapped her in a shawl and stroked the tiny body until it was cold.

Using a dead branch that hung from a cottonwood tree, she dug a shallow grave at the base of the towering wall. The river babbled music to the weeping mother’s sad song. The water gushed by as she slipped her baby into the earth and pushed cold dirt into a mound and covered her.

Not many moons elapsed before the young mother took up her basket of little clay paint pots – a pigment mixed of hematite mineral for the color red and blood, milk and honey as a binder. Combining urine to make a medium of liquid paint, she brushed colorful strokes to paint the blanket on the rock partition above her baby’s grave. The loneliness was covered by a blanket to keep her baby warm.

The Fremont people moved on from their villages in the area by approximately A.D. 1350. The cause of this is another area in which archaeologists struggle to find common ground. Some attribute it to climate changes, while others claim it is the result of other hunter-gatherers migrating into the area.

“I think they slowly moved away, perhaps intermarrying with other tribes,” Rena Pikyavit said, “just as our grandparents did.”

The Castle Rock Campground, located just a few miles from the museum, includes 31 campsites, modern restrooms and access to the Paiute ATV trail. A large tepee can also be reserved. Reservations can be made by calling telephone 435-322-3770.

Clear Creek Canyon is of deep religious importance to Native Americans. Unfortunately, some sites have been cordoned off because of visitor disrespect. Damaging archaeological sites is a federal criminal offense. Park information indicates violators will be prosecuted to the fullest extent of the law.

For the enthusiastic explorer, another ancient Fremont archaeological site is the Range Creek Field Station, approximately 25 miles southeast of Price on state Route 6. These sites are located on property once owned through 50 years of homesteading by Waldo Wilcox, later deeded to the state. The property is now managed by the Natural History Museum of Utah. Visitation is limited to foot and horse traffic. A maximum of 28 visitors are permitted per day. Visitors must have a permit. Contact Michelle Knoll at 801-581-3876. 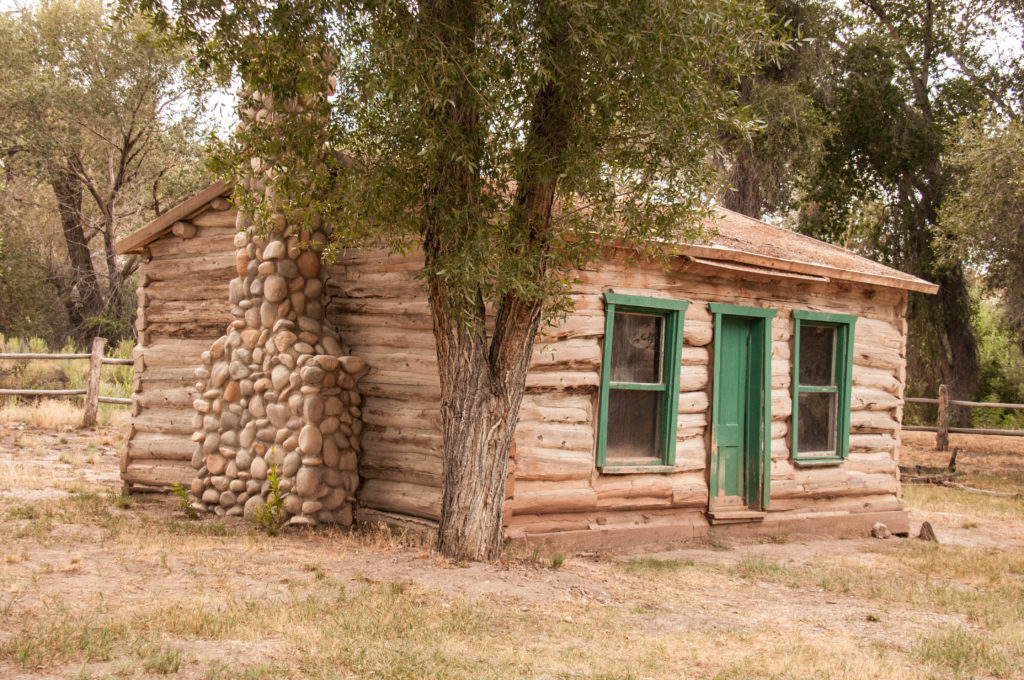 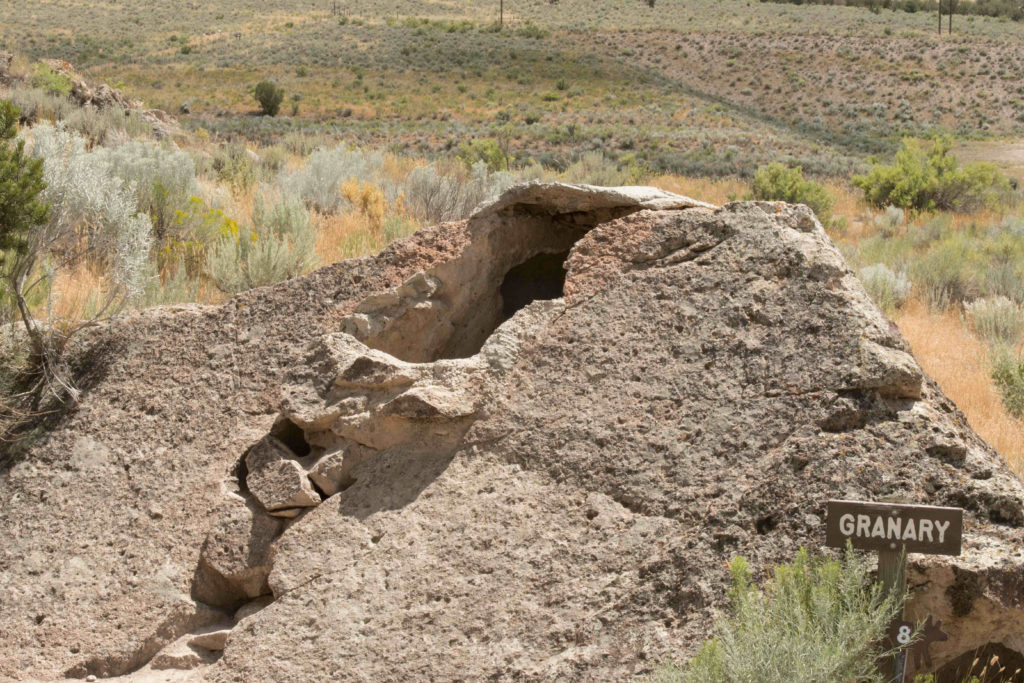 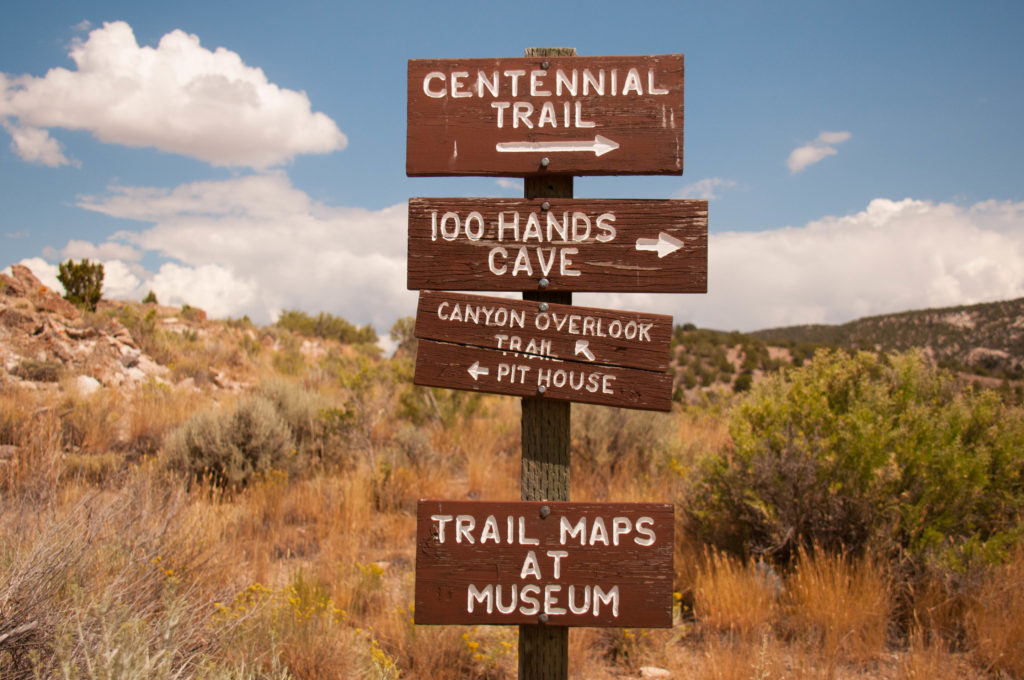 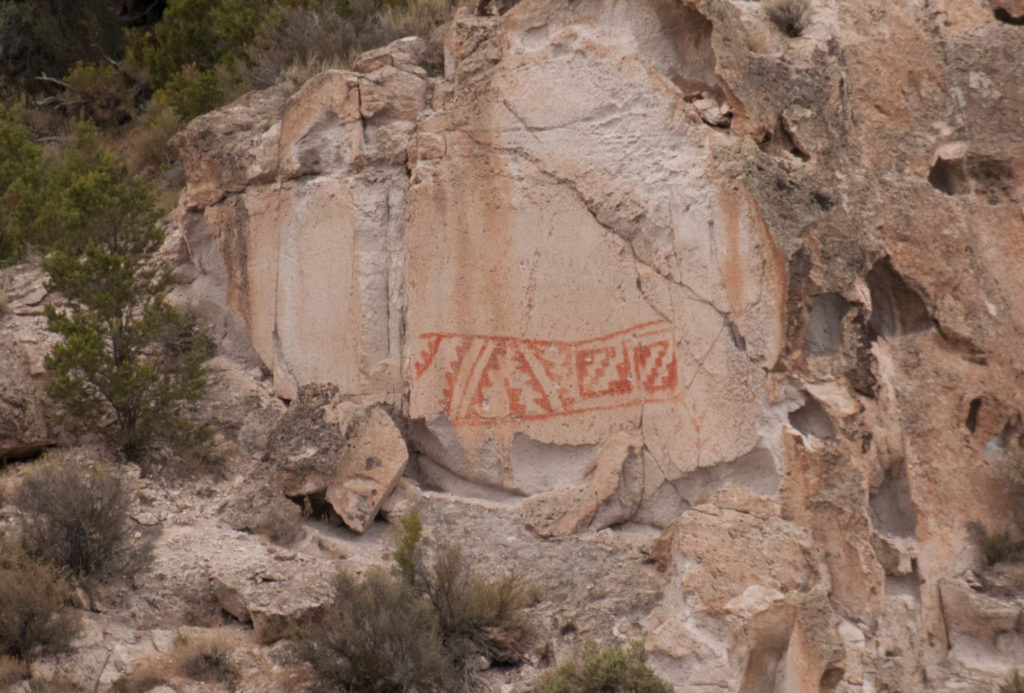 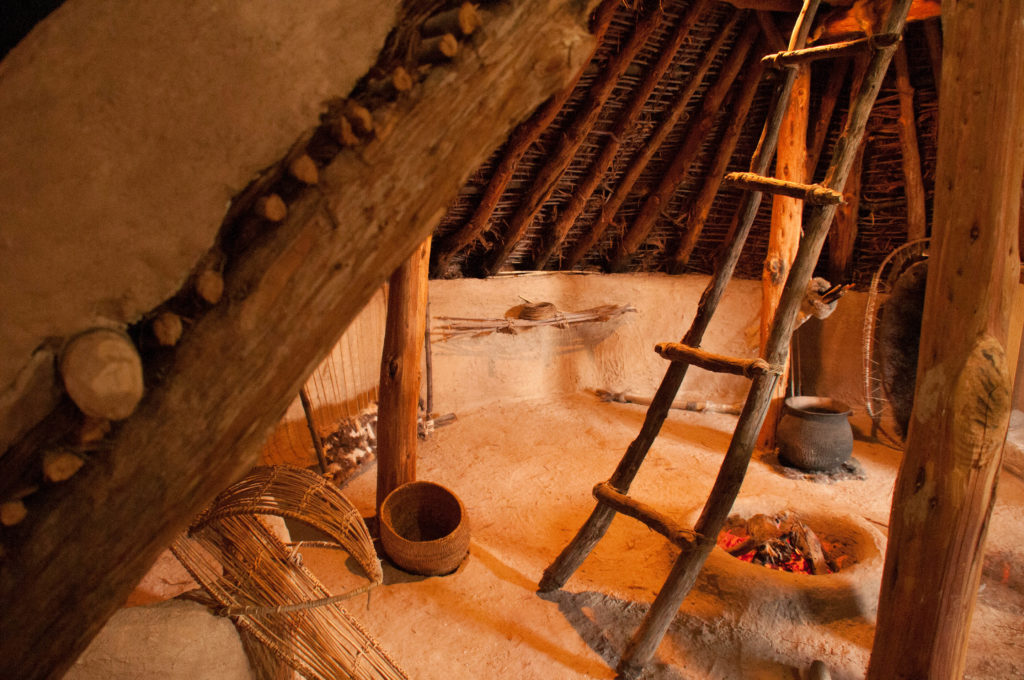 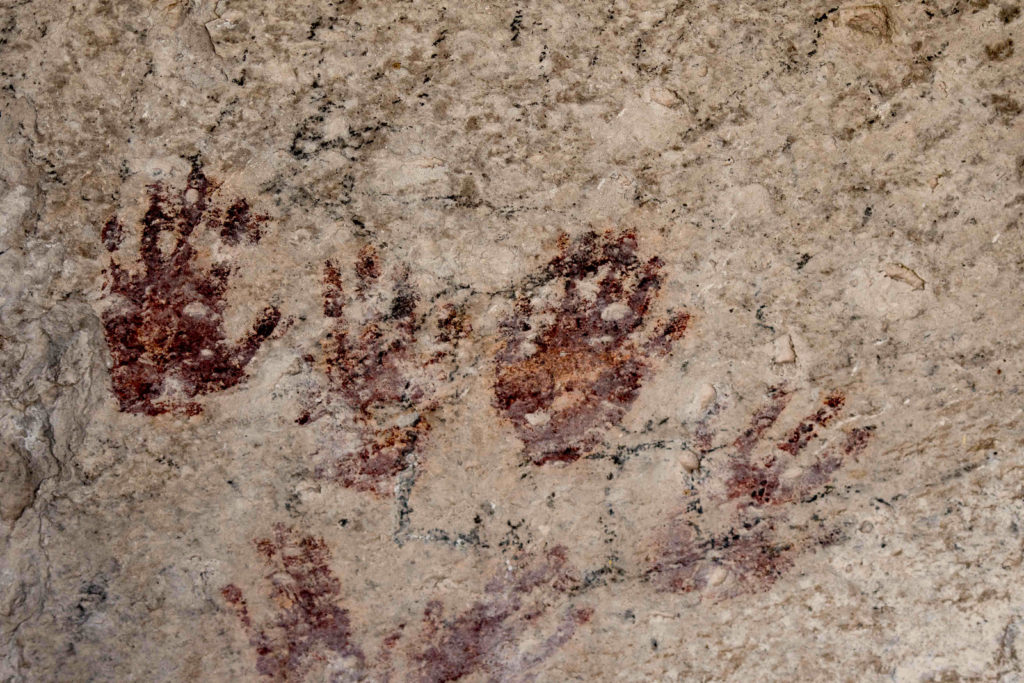 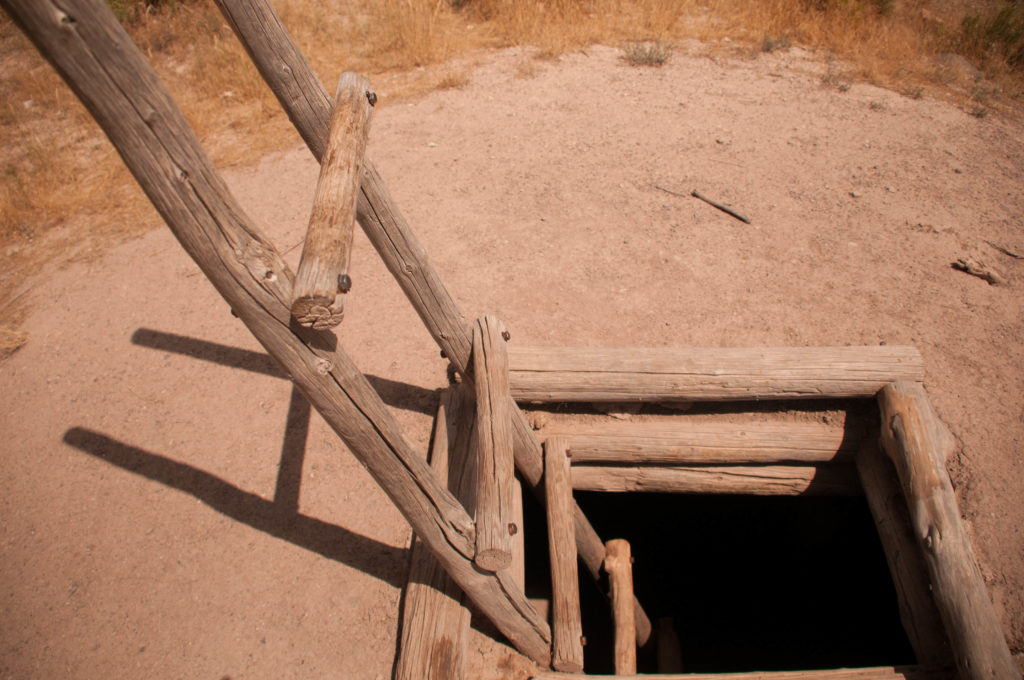 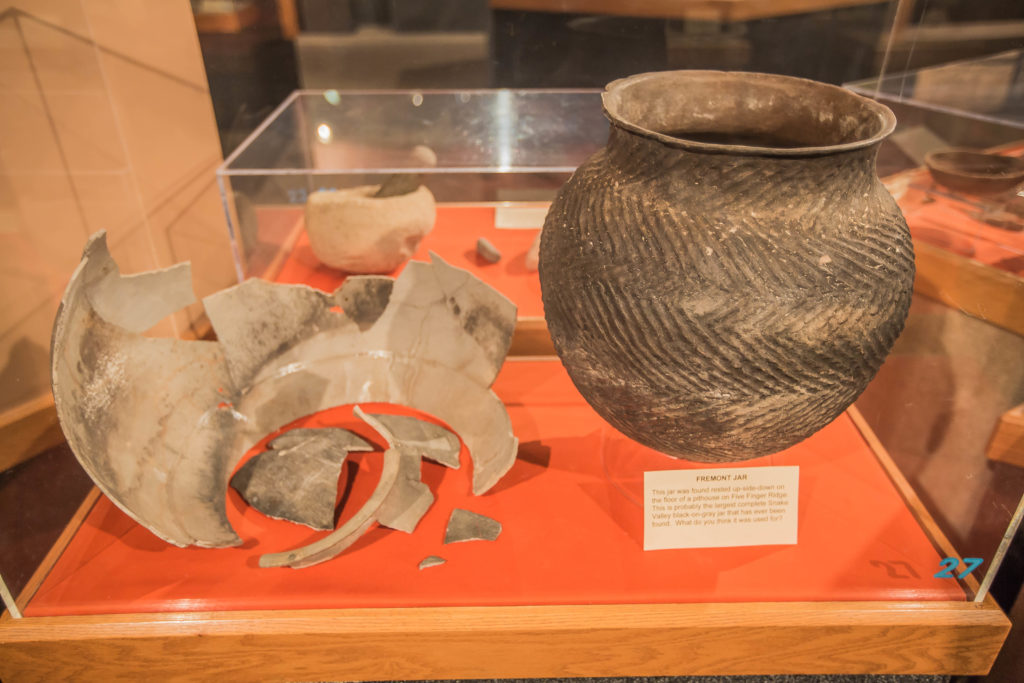 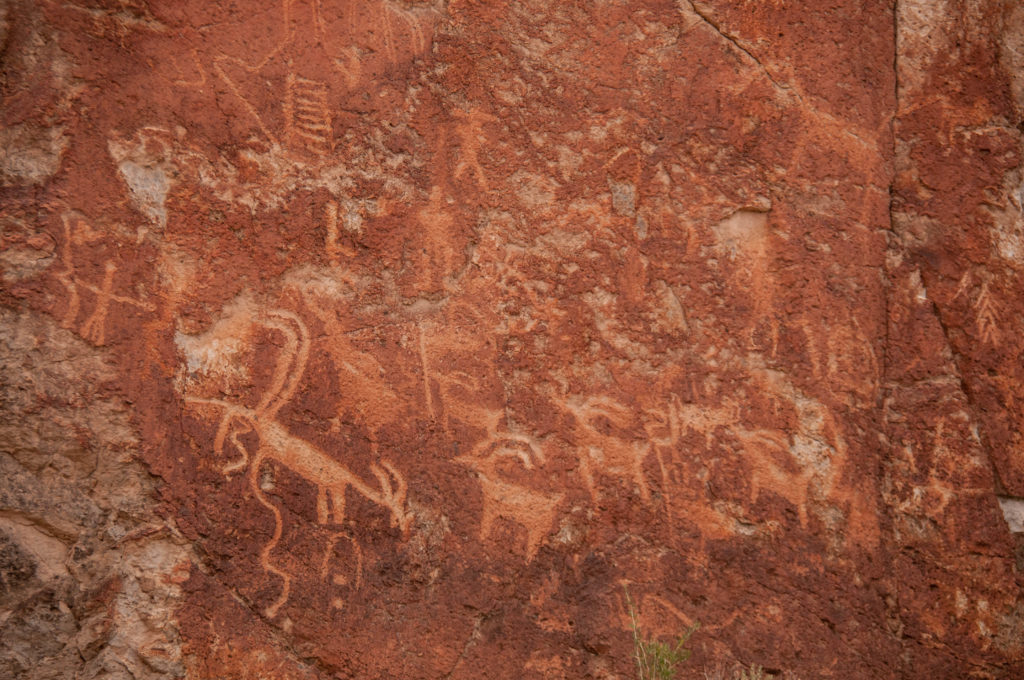 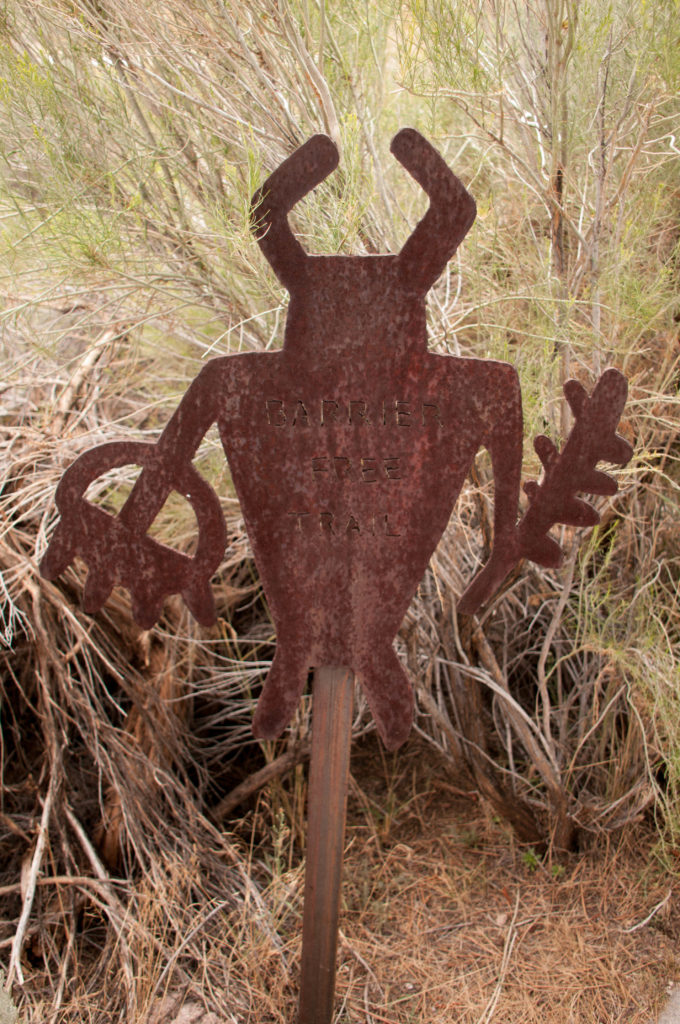 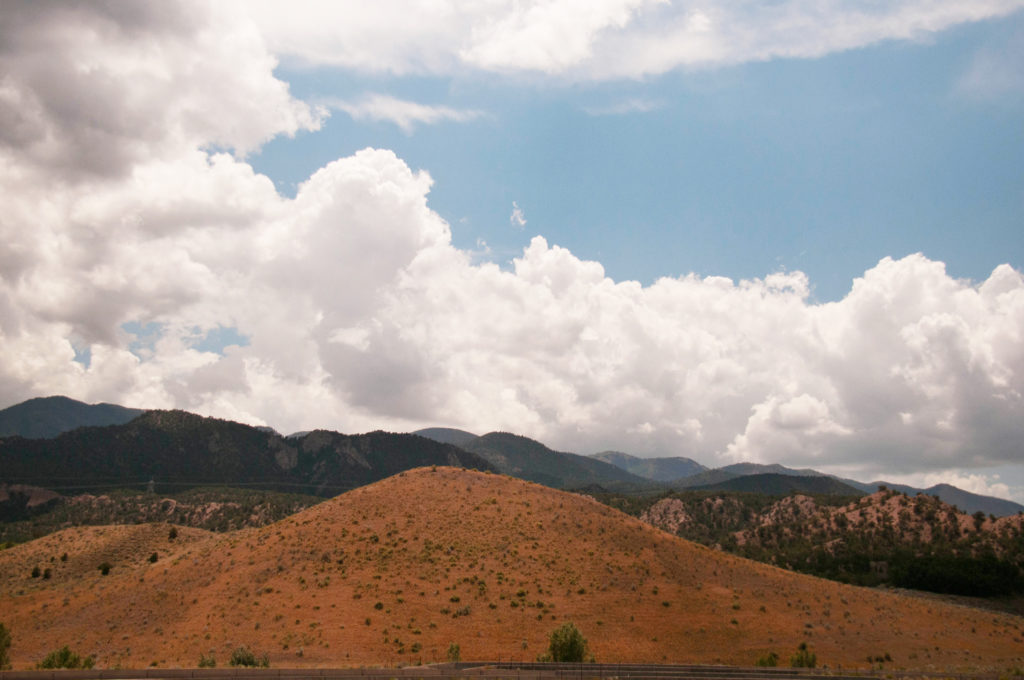 About the series “Days”

I write my stories for people who say, ‘What is there to do around St. George?’ and for new folks just moving into this area.

See prior features in the series: “Branding day; today’s cowboy,” “Fishing day; the B-4-Reel and a really bright trout at Otter Creek,” “History day; Virgin Town walkabout, once ‘a dreadful place’,” “Way-stop day; take a step back in time at Cove Fort,” “Hot hiking day; Fruita, an oasis in the desert of Capitol Reef,” “Railroad day; Caliente is born, dies and revives,” “Rodeo day; a hometown girl’s journey to the crown,” and “Mining town day; Pioche, the roughest town in the Wild West.”

Kathleen Lillywhite is a published author who enjoys writing everyday stories. She and her husband, Jim Lillywhite, are a photography team who live, love and enjoy the vistas surrounding St. George, with Jim serving a photography mission for The Church of Jesus Christ of Latter-day Saints. The Lillywhites have lived in the St. George area since about 2000, loving every day of it.