ST. GEORGE — Two fire departments  responded to a reported travel trailer fire in the Red Cliffs Desert Reserve Saturday evening, leaving fire officials unable to determine the identity of the trailer’s owner or the cause of the blaze. They are asking for the public’s help.

At approximately 6 p.m., a bystander called 911 to report a fire in the Red Cliffs Desert Reserve area just off of Turkey Farm Road, involving a travel trailer that was fully engulfed in flames, Dammeron Valley Fire Chief Kevin Dye said.

Washington City Fire Department was dispatched initially, but once a more specific location was provided, Diamond Valley Fire District was dispatched and responded to the area.

Mutual aid was requested at that point, Dye said, and Dammeron Valley Fire and Rescue was called in to assist.

The department’s three brush trucks embarked on a trip that would take nearly 40 minutes to complete, he said.

“The fire was located up Turkey Farm Road about five miles north of St. George, as the crow flies, but driving it was at least 10 miles through a remote area,” Dye said.

Police officers were the first to arrive and were able to minimize the spread of the fire that was threatening nearby brush and trees.

“That fire was raging, but officers were able to at least hold it back with the extinguishers they had on hand, which helped,” Dye said.

Firefighters attacked the blaze on two fronts with water stored in brush trucks and fire trucks, with crews fighting both a travel trailer fire and the ground fire working its way into nearby trees and brush, Dye said.

After “a short time,” the fire was completely extinguished and firefighters remained on scene to douse any remaining embers or hot spots that could potentially reignite later.

Dye added that it was fortunate that the fire didn’t break out later in the season.

“It burned trees, shrubs and brush, and on another day or time it could have become a wildfire fairly easily,” he said.

The trailer was completely destroyed in the blaze, along with any identifying tags, license plate or serial numbers, making it impossible for fire officials to identify important owner information.

“We don’t know if someone was there when it started and left, or if it was abandoned when it caught fire,” Dye said.

“We literally have no information on how it started or  who may have started it, we have nothing,” he said.

Dye added that anyone with information on the incident or if anyone saw anything suspicious on Saturday evening, such as a vehicle fleeing quickly, to call emergency dispatch at 435-634-5730.

This report is based on statements from police or other emergency responders and may not contain the full scope of findings. 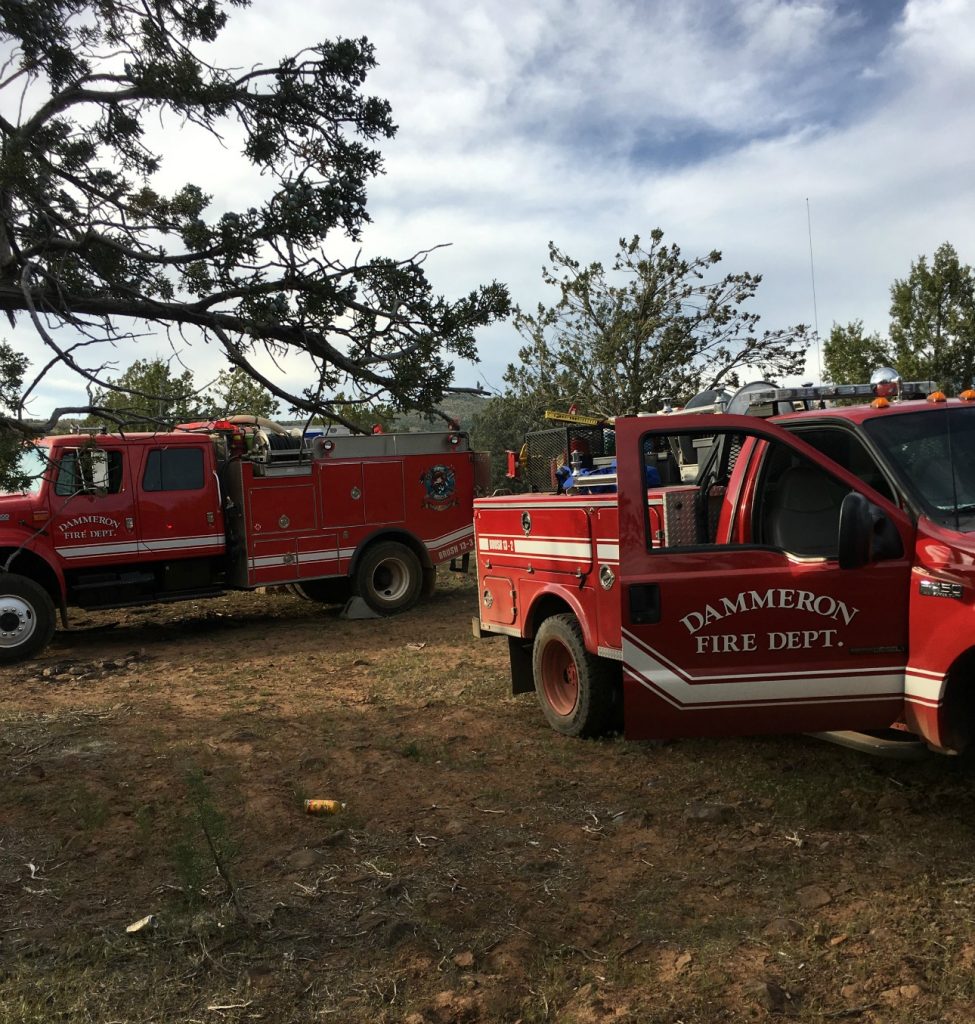 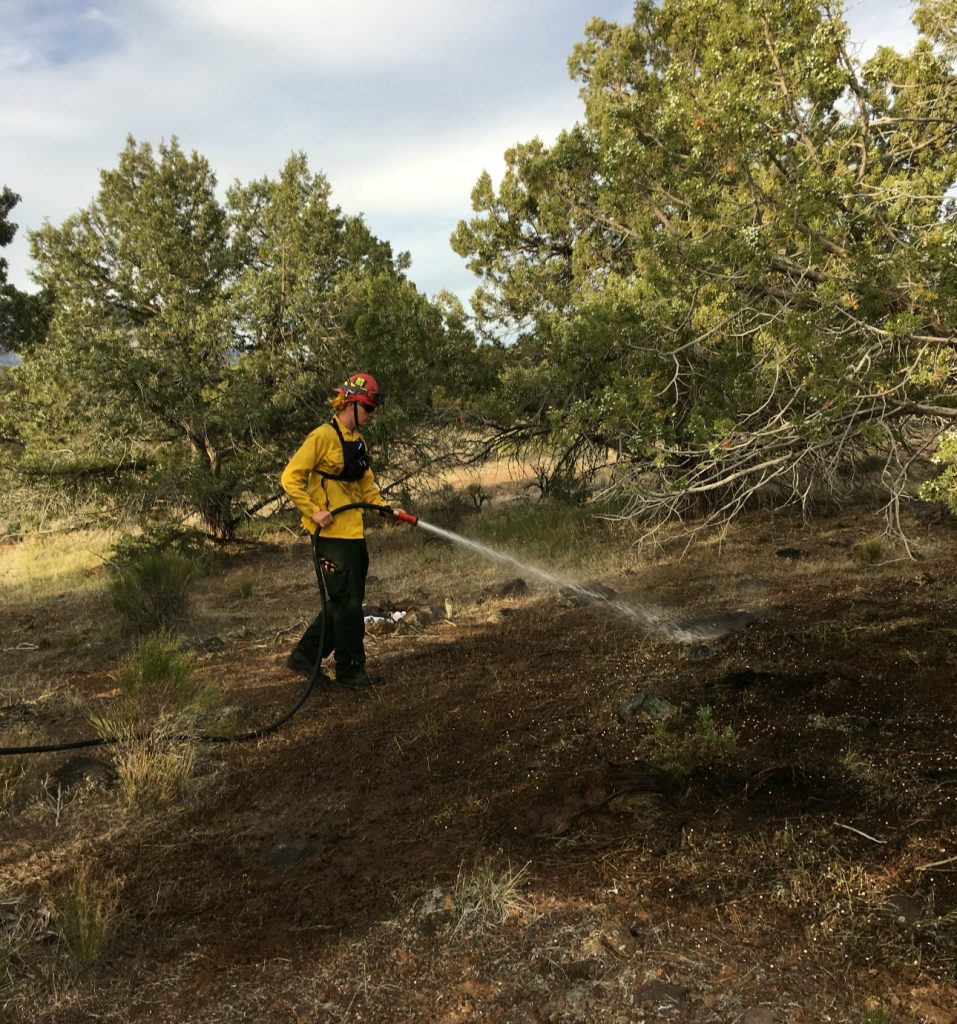 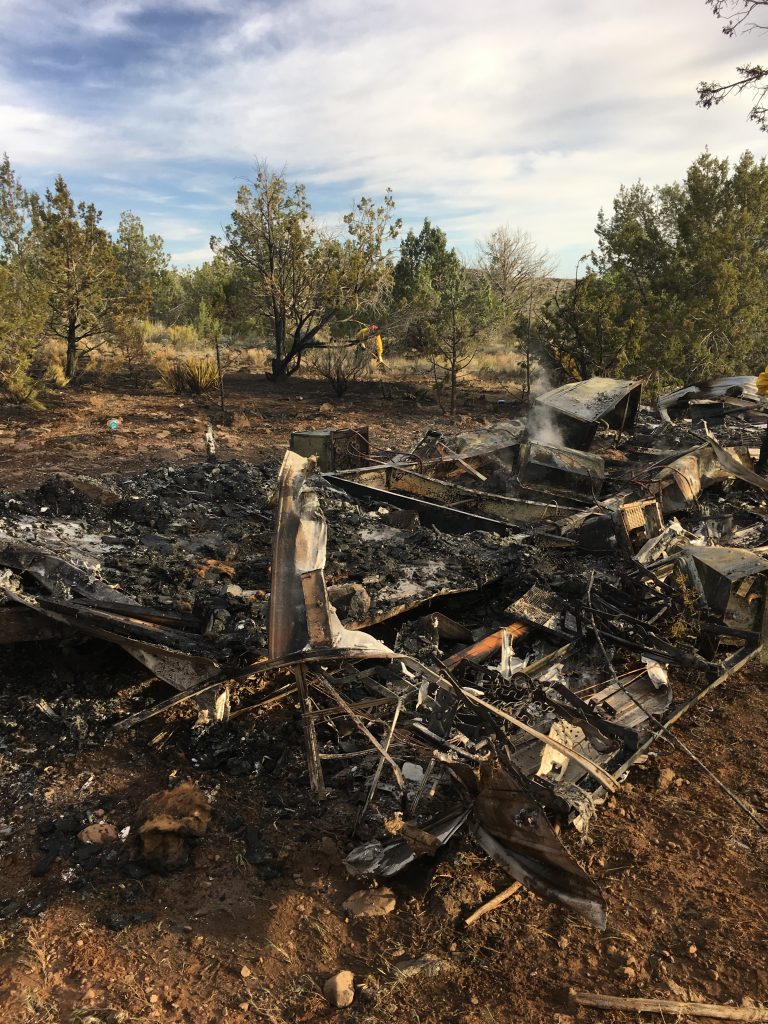