Heavy rain and hail began beating down on the rural community along state Route 18 at around 5:30 p.m., and the significant amount of water that fell within a short period overwhelmed the area, which quickly became saturated. Once that happened, torrents of water flowed through yards, basements, homes and roads.

“We ended up having a thunder cell move through with a vengeance, and the amount of rain that came down was more than the area could withstand,”  Dammeron Valley Fire Chief Kevin Dye told St. George News Friday.

Dye said left his home after sealing the doors of his residence using duct tape as water was rising closer to the home’s entrance and went to work setting up a command post at the Dammeron Valley Fire Station to coordinate efforts between multiple agencies that responded to assist local crews.

The call for assistance was sent out soon after the flooding began, and shortly before 6:30 p.m. the storm buried SR-18 in mud and debris, blocking northbound and southbound lanes near mile marker 16 where vehicle travel became impossible. It took two hours for  the road to be cleared and reopened.

The rains continued, destroying many low-lying sections of the valley, Dye said, and fire crews are still pumping water out from multiple basements that were flooded during the storm, some of which are larger than 5,000 square feet. More than a few were completely filled with water.

He estimated that half of the 400 properties were affected to some degree by the flooding, while other properties escaped the deluge of water that continued to flow through the middle of town.

The landscaping around many of the homes was completely washed away, including fencing, trees, brush and ground cover that joined other debris carried away by the flood waters.

In spite of the town’s many storm drains and culverts, which are designed to divert water away from residences and other structures, it “was not a normal storm, and we had no way to predict that so much water would come down that quickly,” Dye said.

“It was enough water to fill a reservoir and there’s just no way to prepare for something like that.”

The flooding triggered a massive response from numerous departments and agencies.

The Utah Department of Transportation sent a snowplow from Beryl that pushed the mud and large debris off of the roadway, and two sweepers were deployed to clear the smaller debris and dirt, one from UDOT and the other from the Washington County Public Works road department.

Crews from Washington County Sheriff’s Office along with the department’s Search and Rescue program responded and assisted with damage assessment and filled sandbags to protect residences.

The city of St. George sent a crew from the Streets Division to assist by providing sand and supplies along with firefighters from the St. George Fire Department who responded and provided mutual aid, St. George Support Services Director Marc Mortensen said Friday.

“We do that with our neighboring cities and we try and offer support whenever possible, and they do the same for us.”

Volunteers are still needed to assist residents with flood cleanup. Anyone interested please check in at the Dammeron Valley Fire Station at 1261 Dammeron Valley Drive East. Volunteers need to wear boots or sturdy shoes and bring work gloves and will need to present their driver’s license.

This report is based on statements from police, fire department personnel as well as witnesses and may not contain the full scope of findings. 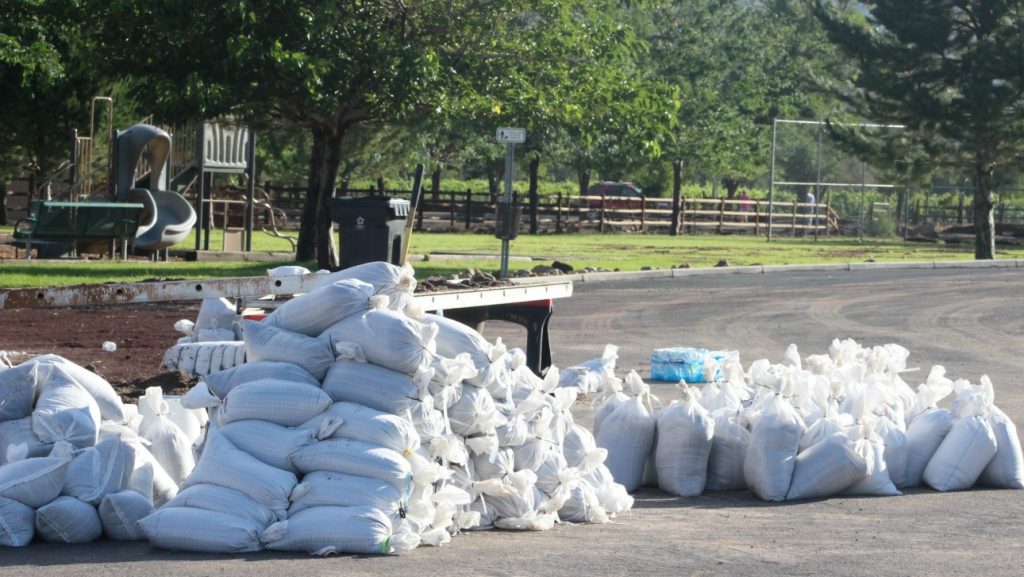 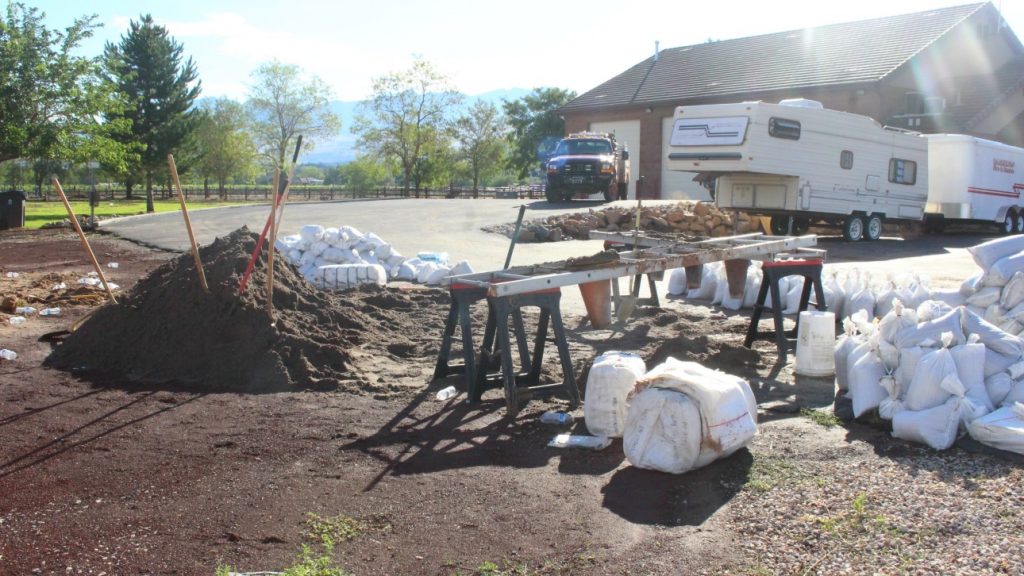 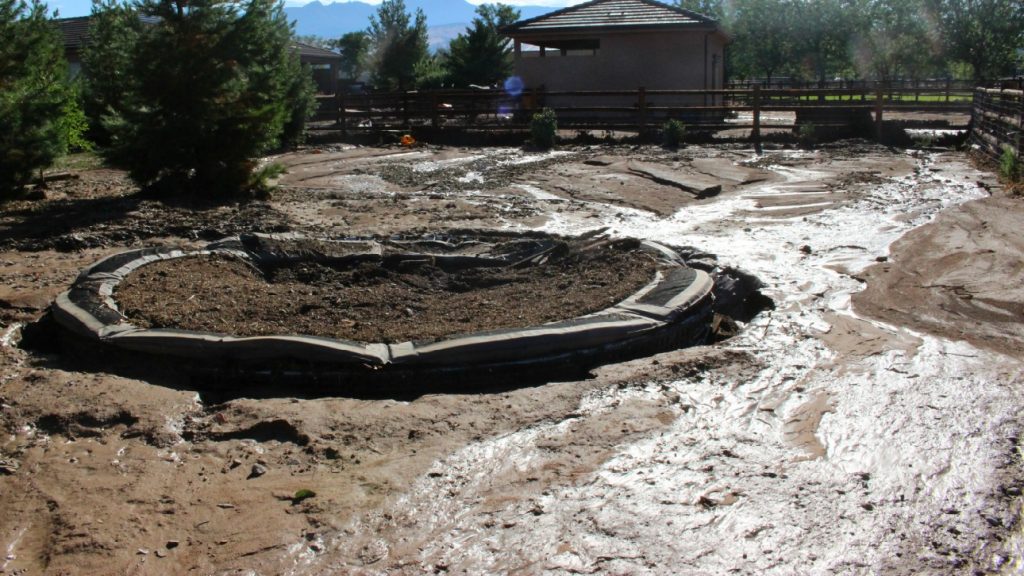 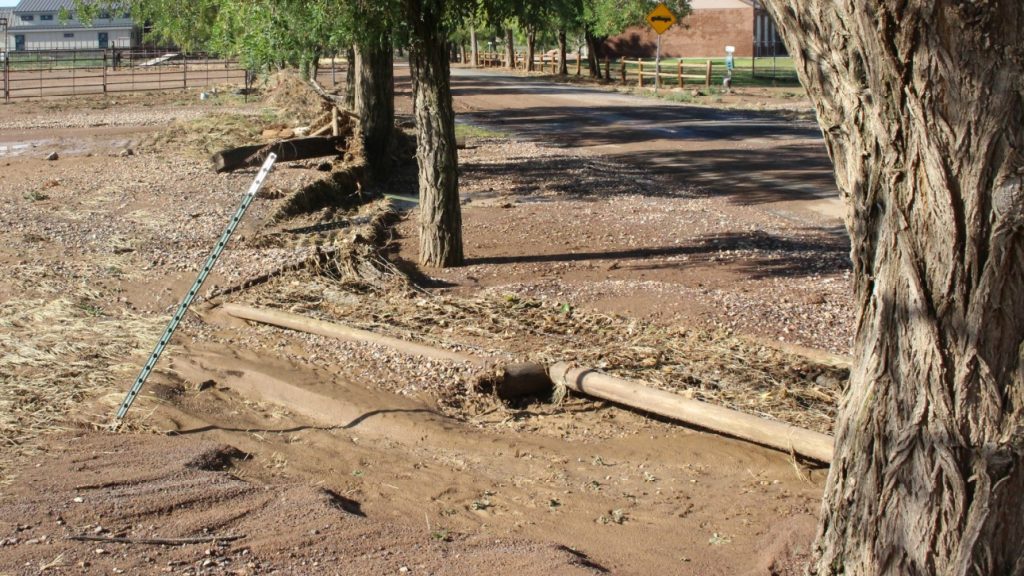 What is left of fences that were torn away during heavy flooding, Dammeron Valley, Utah, July 13, 2018 | Photo by Cody Blowers, St. George News 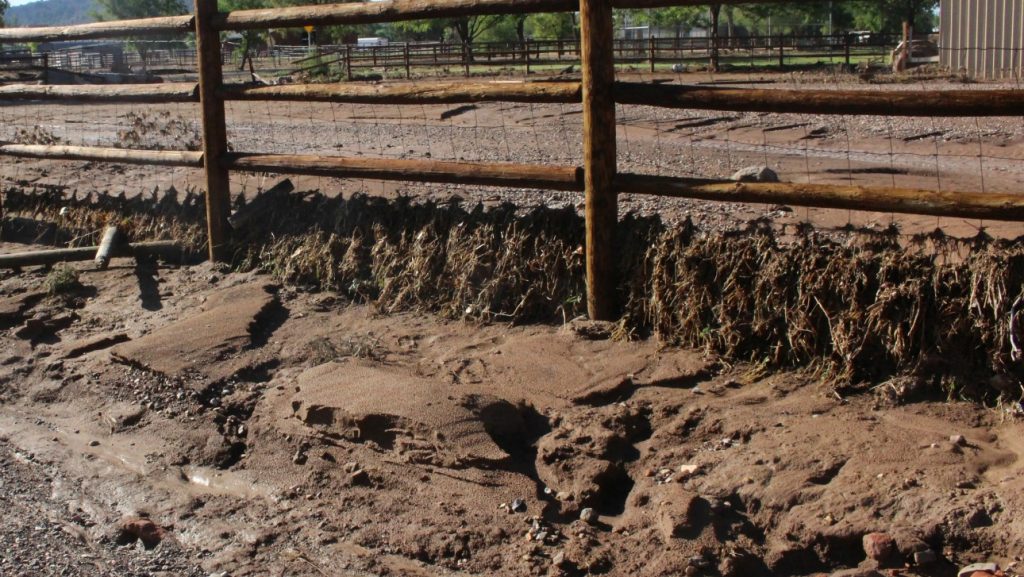 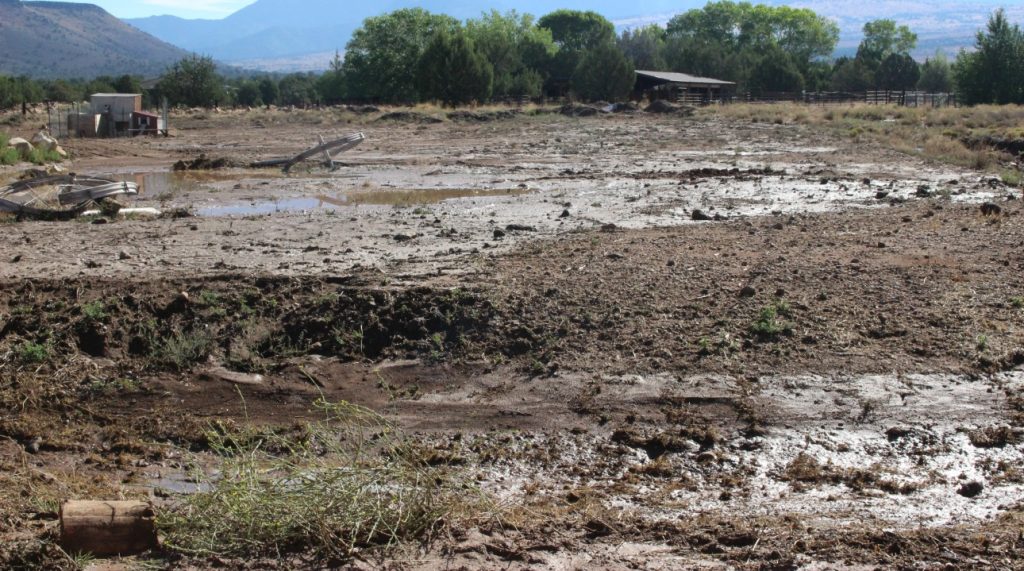 Flash-flooding imminent in south-central Utah hiking areas; flooding possible on I-15 near Mesquite