ST. GEORGE — “How social media is destroying our kids” was the topic presented during an event attended by more than 1,000 Thursday night, where an internet crusader offered parents a lifeline to guard children against social media’s culture of perfection, and to empower parents in the battle to save their children from social engineering.

The event, which took place in a packed auditorium at Snow Canyon High School, featured Collin Kartchner and Katey MacPherson of #SaveTheKids, an organization created to save children and teens from the destructive impact that social media can have on their self-esteem and mental health, while helping parents to reconnect with their kids.

“Kids need our eyes and our love and validation more than ever before,” Kartchner said. “Showing your kids you love them is 2 percent effort and 98 percent just putting down your phone.”

The presentation was based on the premise that smart phones, too much screen time and social media’s negative effects are the underlying link to the epidemic rise in teen depression and anxiety, eating disorders, self-harming, thoughts of suicide and suicide itself.

In Utah, youth suicides have jumped more than 140 percent since 2011, according to data provided during a slide show.

“We aren’t saying smart phones or social media is bad, and it’s here to stay, so we need to teach our kids to use it for the good and to leave a positive digital footprint that reflects who they really are,” Kartchner said.

For the first time, a generation of children is going through adolescence with smartphones ever present, and while the benefits of social media use include enhancing friendships and decreasing loneliness, there is also evidence that overuse can create the opposite, and has a negative impact on self-esteem and satisfaction with their lives.

“Our kids are sending out distress signals, sometimes hundreds of them, and yet we as parents are missing the mark completely,” MacPherson said.

Teens are just not spending as much time with their family members and friends in person, face-to-face, where they can really read one another’s emotions and get that social support.

They are also showing mental health issues across a wide variety of indicators, MacPherson said, and are more likely than young people just five or 10 years ago to say that they’re anxious, that they have symptoms of depression or that they have thought about suicide or have even attempted suicide.

There’s a consistent trend with increases in mental health issues and suicide rates among teens occurring at the same time social media use surged. Research suggests there may be a link.

Smartphone and social media can has also been associated with cyberbullying, which is ever on the rise, and it is not because children are “just meaner now,” Kartchner said.

The reason, in part, is that the digital world can take away a child’s sense of empathy, because they don’t have to face the person when they are making a mean or bullying comment. Instead, those comments are made through a device, which removes the natural consequence of witnessing the emotional effect it can have on the recipient.

“I say,’I hate your face,’ over a screen, and I don’t feel bad because I don’t see you cry; I have zero empathy,” Kartchner said.

The push toward the digital world has also been a push away from the emotional connections that children need to thrive. Kartchner said that one way to combat those effects is for parents to hug their children, adding that hugging has many benefits, including helping raise self-esteem, strengthening the immune system, balancing the nervous system and giving children what they need to thrive.

Research shows that the nurturing touch of a hug builds trust and a sense of safety and can instantly boost oxytocin levels, a hormone that promotes bonding patterns and is known to strengthen familial and social bonds.

There are dangers as well.

Children are being manipulated through communication and social interaction that is being engineered by companies like Dopamine Labs and used by social media companies to keep kids addicted to their phones using technology, which can create “neuro-addictions,” Kartchner said.

Apps like Snapchat are actually designed to be addicting, and it’s called brain hacking. Developers are hired to study the brain and the neurological triggers that keep us coming back for more.

For middle-school-aged children, social media use can be even more damaging, as their underdeveloped frontal cortex can’t manage the distraction nor the temptations that come with its use.

Another danger refers to pornography and predatory behavior, where individuals posing as teens request inappropriate photos. Children are vulnerable online and are often duped into complying.

Children are also exposed to pornography at a younger age, and “any child with a smartphone has viewed pornography. It’s not ‘if’ anymore, it’s ‘when,'” Kartchner said.

“YouTubeKids” is one of the worst, he said, adding that while the stream of videos begin innocent enough, but as the child continues watching, “those videos get darker and many contain links that can be dangerous for them.”

St. George Police detective Derek Lewis said that he has had cases involving children as young as 6 sending pornography over a smartphone, and they don’t even know who they are sending it to, adding that online predators often target these children.

“The danger is real,” he said.

Knowing how to navigate the online social networking world is crucial for parents and teens, and being educated as a parent and talking about online experiences can help reduce any negative impacts on the child’s mental health and well-being.

Educating teens about their digital reputation is also important, and any time they visit a website, share content or post something, they are adding to their digital footprint that is out there for anyone to see.

Parents can ask their teen to show them how they use social media and what it is. Try to navigate the social world together, rather than acting as a supervisor, MacPherson said, adding that, “It’s not the parent against the child – you’re on the same team facing it together.”

“Parental attention and time is what children need the most, and being interested in what they are doing – that is what is most important,” Kartchner said. 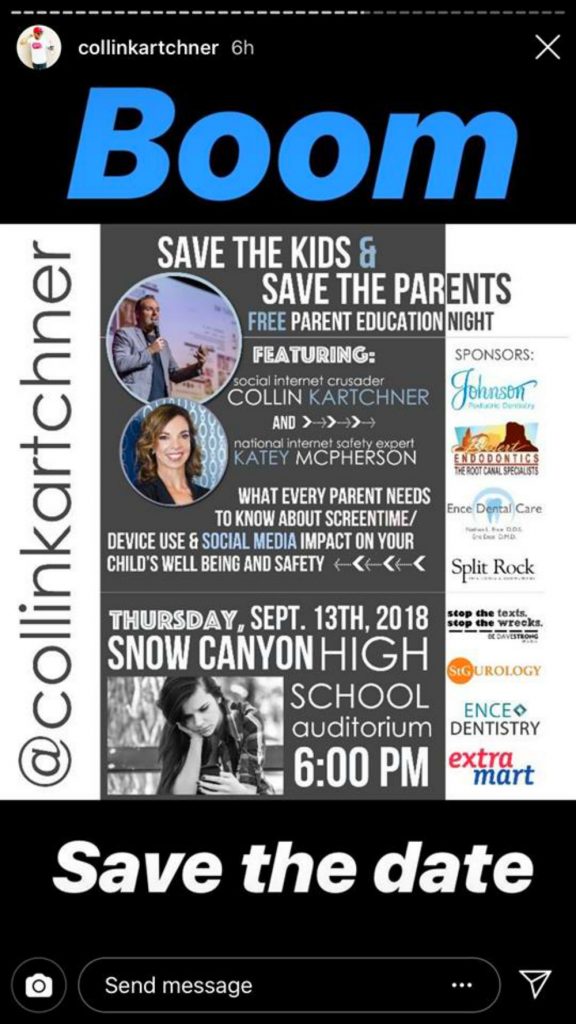 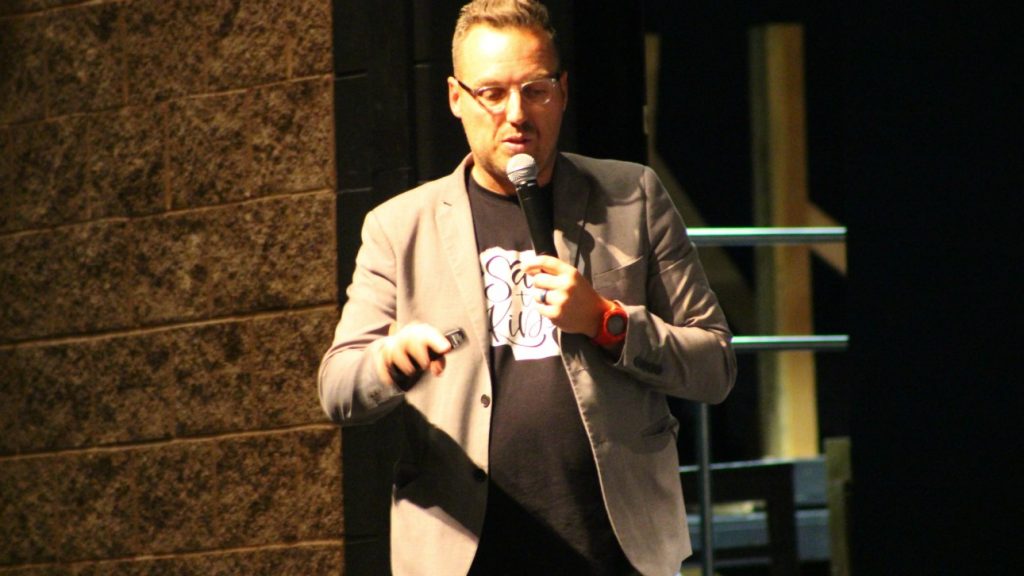 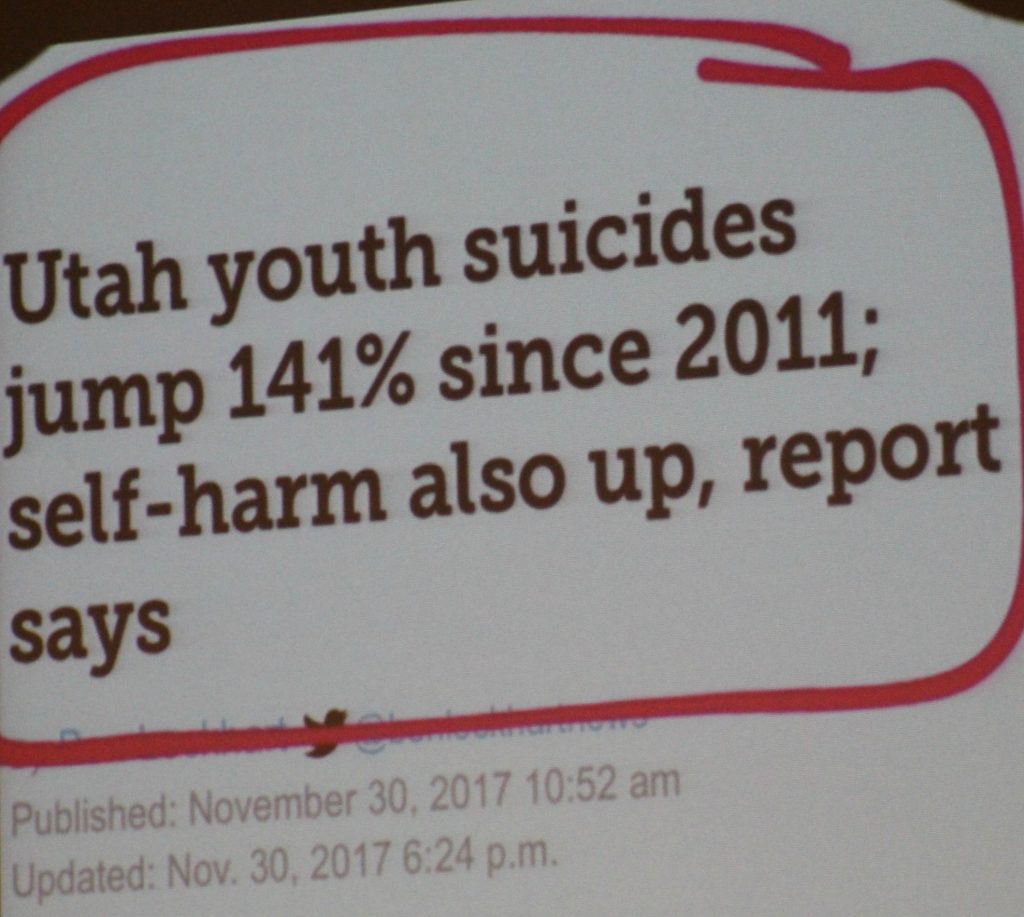 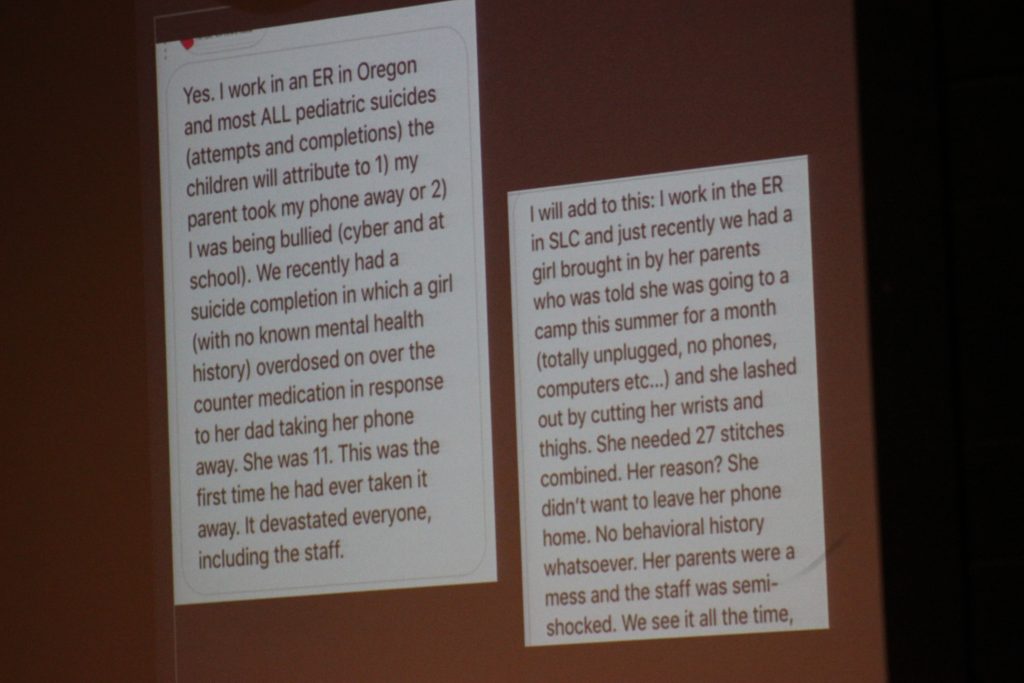 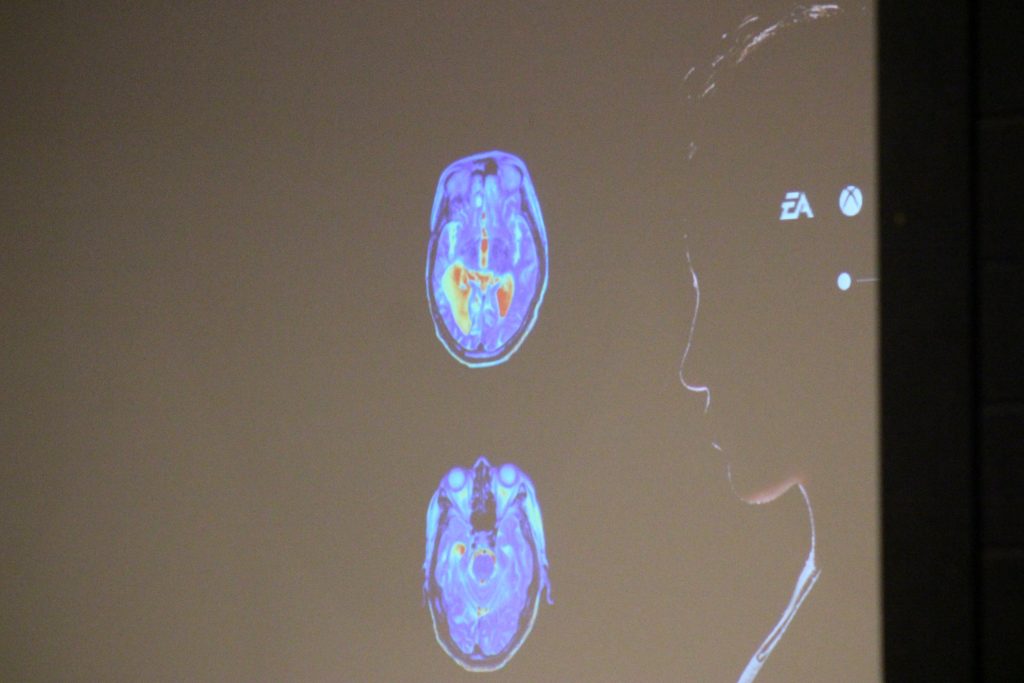 ECG scans showing a healthy level of dopamine in the brain, shown on top, and a scan showing a brain with insufficient levels of dopamine shown at the bottom during #SaveTheKids video presentation, St. George, Utah, Sept. 13, 2018 | Photo by Cody Blowers, St. George News 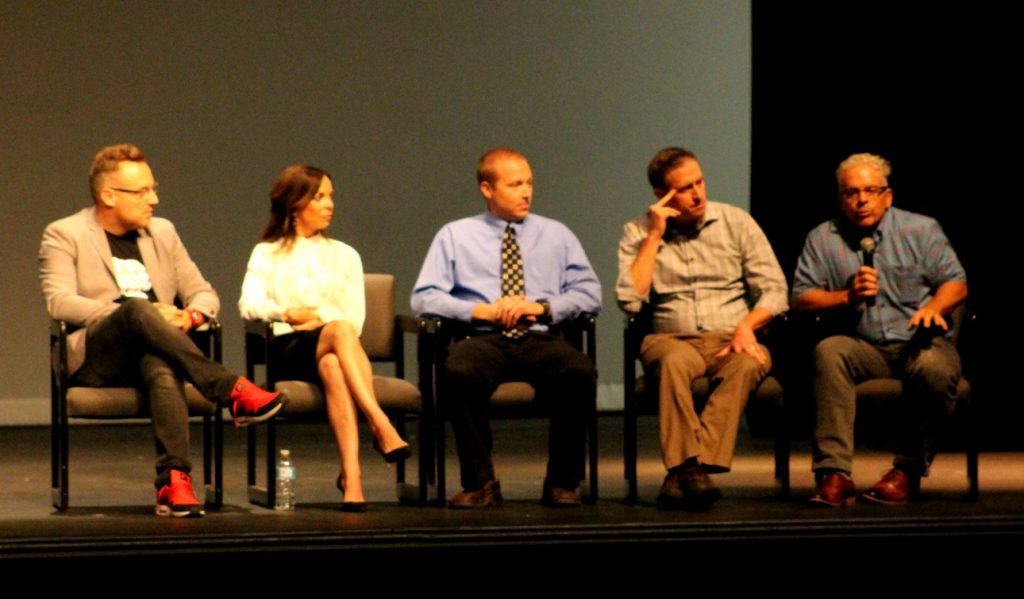 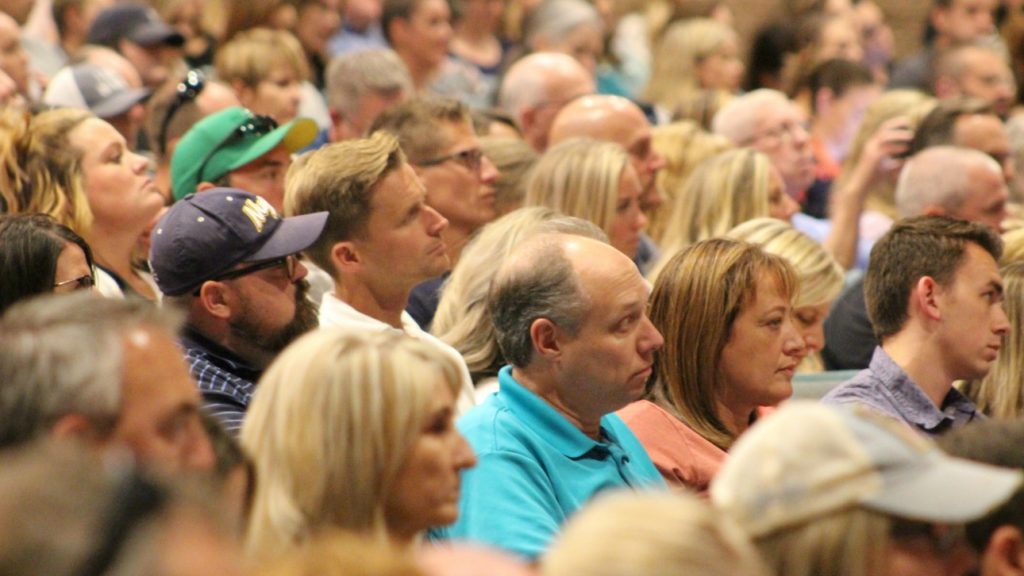 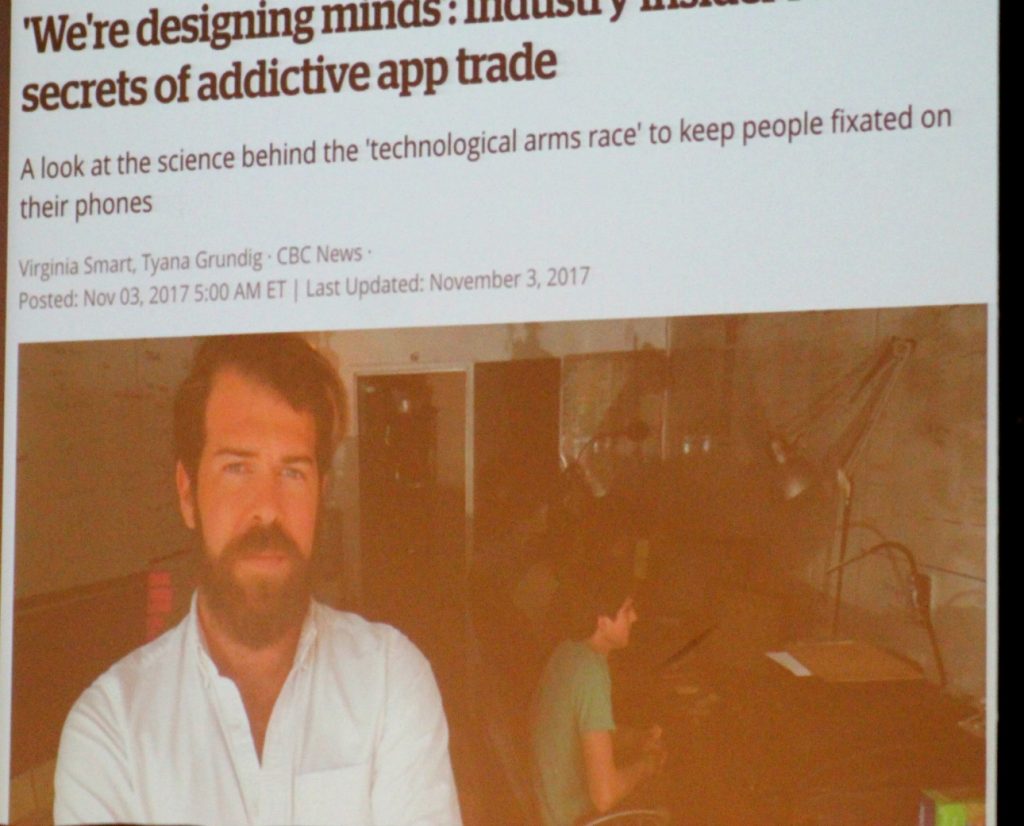 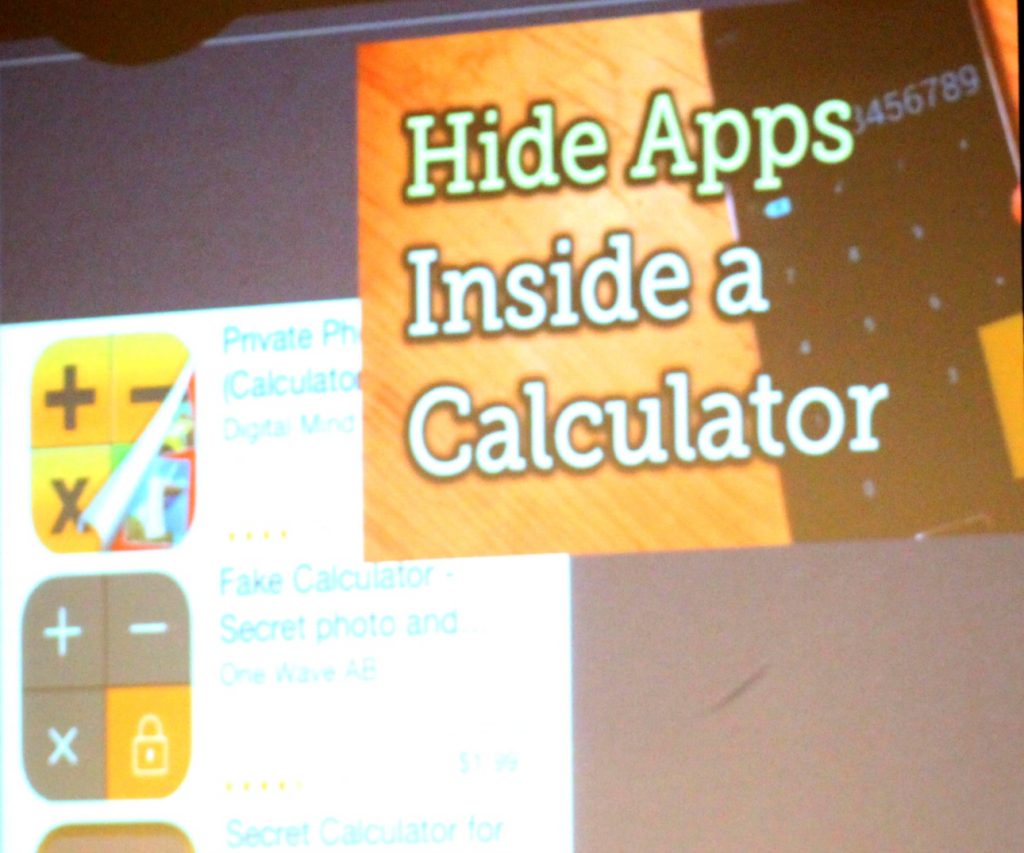 A "Hide apps inside of a calculator" slide shown during a video presentation at the #SaveTheKids event at Snow Canyon High School, St. George, Utah, Sept. 13, 2018 | Photo by Cody Blowers, St. George News 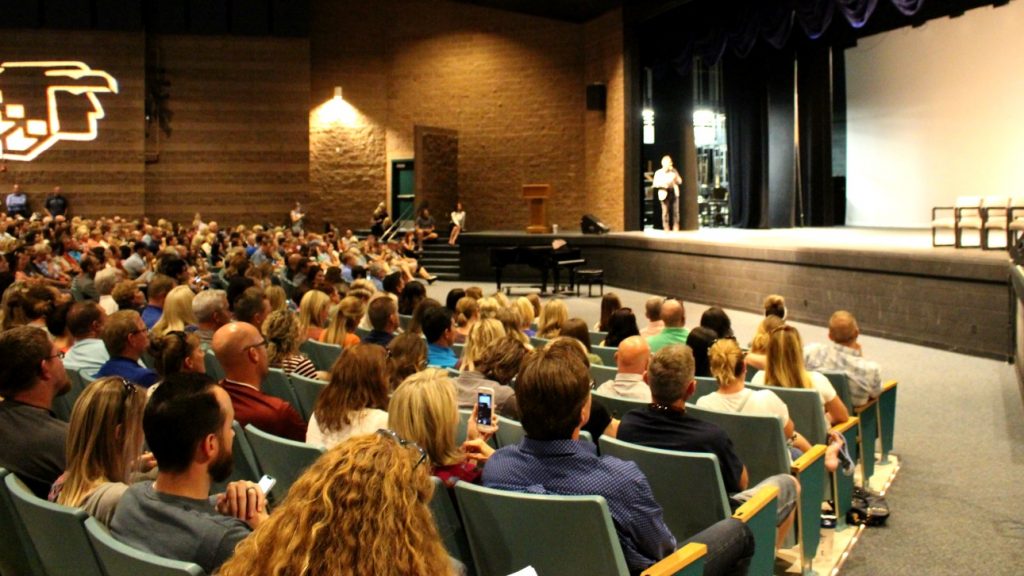 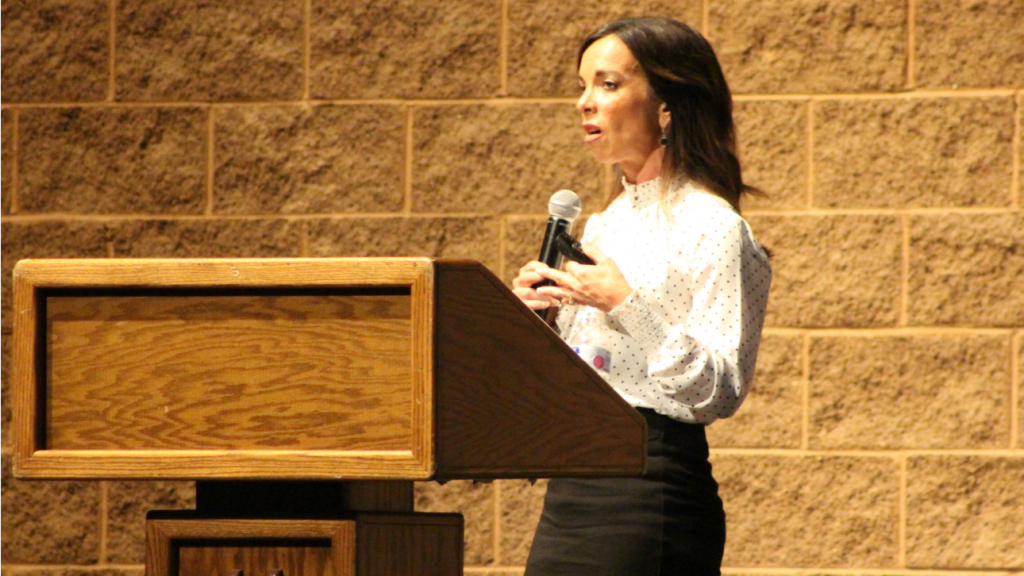 9 dangerous apps for teens: Do you know what's on your child's phone?

Suicides rates rise across US; Utah's increase among the highest