ST. GEORGE — June 30th was International Asteroid Day, marking 111 years since an estimated 220-million-pound meteoroid smashed into the Tunguska River in remote Siberia at roughly 33,500 mph, according to NASA scientists.

Astrophysicists and scientists worldwide celebrate the day to raise awareness about the the risks of asteroids and meteors striking earth. Heightened awareness could help scientists better track and identify asteroids, which are basically space rocks that orbit the sun.

The European Space Agency (ESA) is dedicated to identifying and monitoring asteroids. The organization says that asteroid 2006 QV89, a little wider than a football field, will fly by earth on Sept. 9 with a minuscule 1 in 7,000 chance of crashing into earth. ESA projects that the asteroid, first discovered by the Catalina Sky Survey in 2006 near Tuscon, Arizona, will be 4.2 million miles away from earth.

Asteroid 2006 QV89 is quite small compared to the asteroid-turned-meteoroid that many scientists believe decimated the dinosaurs roughly 66 million years ago; that meteoroid was projected to be six miles in diameter.

Little more than a week ago, on June 22, astronomers discovered a car-size asteroid (dubbed ‘2019 MO’), just hours before it slammed into earth’s atmosphere at more than 240 mph where the erupted into a large fireball just south of San Juan, Puerto Rico at around 3:30 p.m. MDT, according to the University of Hawaii.

While 4 million miles away seems a massive distance to human senses, it only the fourth time in history that scientists have spotted an asteroid that close to impacting earth’s surface.

In the case of the Tunguska event, NASA says it heated the nearby air to more than 44,000 degrees Fahrenheit before pressure and heat caused it to break up into a fireball that released the energy equivalent of about 185 Hiroshima bombs. It left no crater due to a majority of the asteroid being consumed by the explosion.

Sensitive barometers detected the seismic shock-wave as far away as England, NASA says.

There was no direct evidence of anyone perishing as a result of the blast.

In the aftermath of the Tunguska meteor strike, NASA says that dense, high-altitude clouds formed over the region that reflected sunlight from beyond the horizon, causing night skies to glow as far away as Asia – with reports of people reading newspapers outdoors as late as midnight.

On average, NASA scientists estimate that an asteroid the size of the one “The Tunguska Impact” will enter Earth’s atmosphere about once every 300 years.

International Asteroid Day is a global awareness campaign where people from around the world come together to learn about asteroids, the impact hazard they may pose, and what can be done to protect the planet, families, communities, and future generations from future asteroid impacts. Asteroid Day was co-founded in 2014 by Dr. Brian May, astrophysicist and lead guitarist of the band “Queen,” together with Danica Remy, President of B612 Foundation, Rusty Schweickart, Apollo 9 Astronaut and others.

Asteroid Day education and information can be found on streaming Asteroid TV, 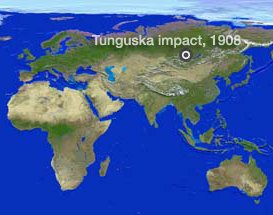 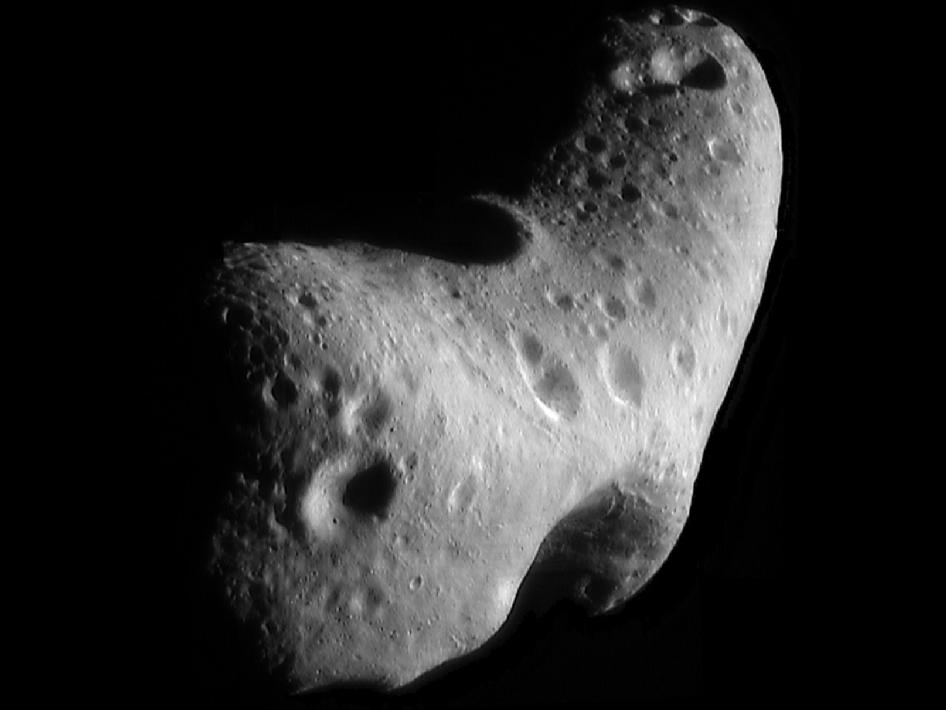 Image, taken by NASA's Near Earth Asteroid Rendezvous mission in 2000, shows a close-up view of Eros, an asteroid with an orbit that takes it somewhat close to Earth, date not specified | Photo courtesy of NASA, St. George News 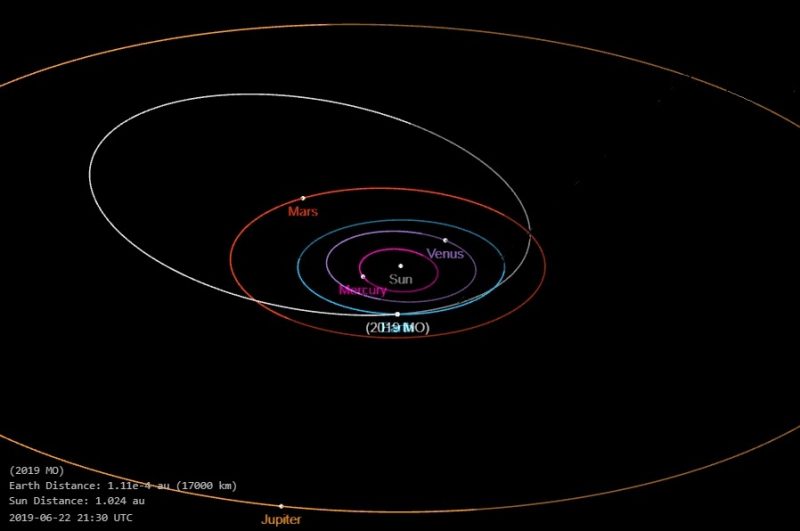 Image of asteroid "2006 QV89" orbit as it moves around the earth showing the asteroid’s pass on September 9, 2019 should not be a close one | Image courtesy of NASA, St. George News.

NASA spacecraft on way to asteroid to bring back samples

Skywatchers ask 'What is that?' Meteor, rocket or what?