ST. GEORGE — Alex Boyé’s latest music video, which was unveiled to the public Thursday at Dixie State University, took six days to film at 15 different locations across Washington County with hundreds of people helping with it.

“This is the longest I ever recorded a video — usually I do one, two days,” said Boyé, a British-American singer with millions of YouTube views. “But six days. I was like: ‘Are you people crazy?’”

The music video, which can be found on Boyé’s YouTube channel, was produced and filmed entirely by the Dixie State film department.

When Boyé was first approached by Dixie State officials about making a music video, he said he was at first hesitant to do it because of the thought of recruiting background singers and cameramen to help film it. However, all of the other talent in the video ending up coming from Southern Utah, Boyé said.

“I guarantee you, once this video Is released, there’s going to be many many performers, singers and people in the entertainment industry who are going to call and say, ‘who are the ones who were in this flipping video; I need to know because I need to have these people do a video for me,’” Boyé said.

Boyé’s music video, which is done to a remix of the song “A Million Dreams” from the 2017 film “The Greatest Showman,” follows the story of a Francis Chukujekwe, a real-life Dixie State student from Lagos, Nigeria, as he travels to St. George to follow his dreams as a university student. Scenes in the video take place across several iconic locations in Washington County, including Dixie Rock, Sand Hollow Reservoir and Snow Canyon State Park.

Jordon Sharp, executive producer of the music video and chief marketing officer at Dixie State, mentioned one moment during the filming of the video where one of the soloists, who was in a wheelchair, had to be carried a half mile into the filming location in Snow Canyon by one his professors and other students.

“It was just this special moment that we had right there out in Snow Canyon that I’ll never forget,” Sharp said.

Another moment in the filming had 200 children from Washington County schools on top of Dixie Rock, also known as the Sugarloaf, singing alongside Boyé. Because of the narrow trail to the top of Dixie Rock, each child had to climb the rock one-by-one, Sharp said.

“We stopped traffic when people looked at Dixie Rock and saw 200 little kids up there singing,” Sharp said. “When they started singing, it was a monumental moment for me.”

Chukujekwe, a computer science major at Dixie State, said he experienced a roller coaster of emotions starring in Boyé’s music video, but he’s grateful for all the “positive energy” people around him gave him while he was filming the video. Filming the music video was Chukujekwe’s first time seeing many of the sights across Washington County.

“The landscape is amazing,” Chukujekwe said. “When we were doing the video, I was like ‘Wow, this place is really Utah.’ It’s a great place.”

While the music video could serve as a powerful recruitment tool for Dixie State, Boyé said his purpose in making the music video was to bring “wholesome content to the world that has spirit.”

At the unveiling of the music video, it was also announced that Teallach Partners, an investing and consulting firm, would be seeking $100 million to go toward entrepreneurs in Washington County through Dixie State. 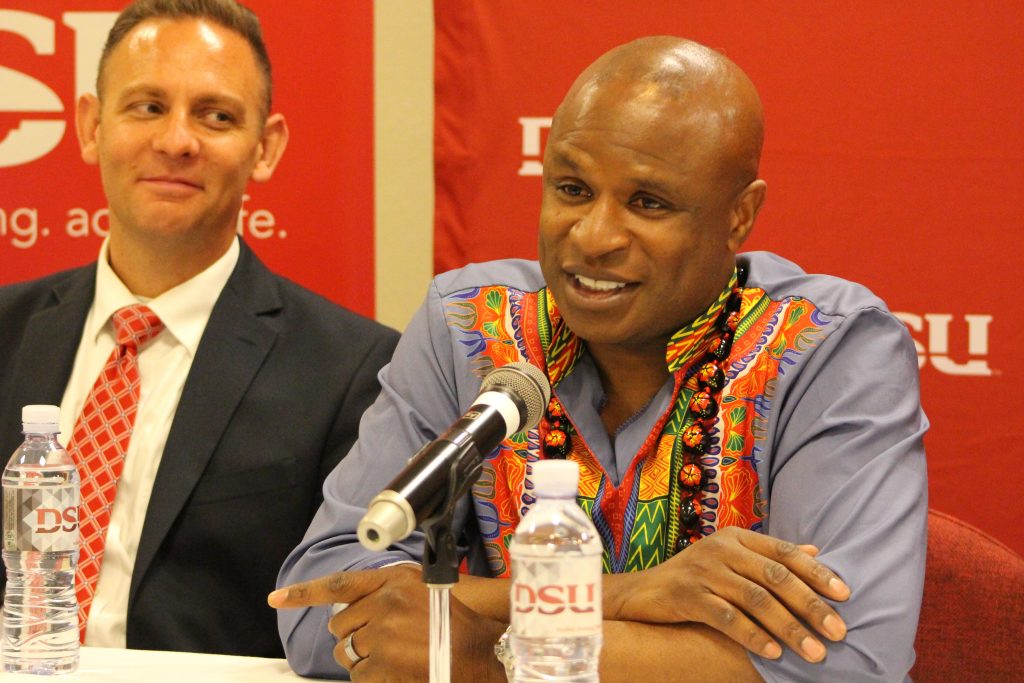 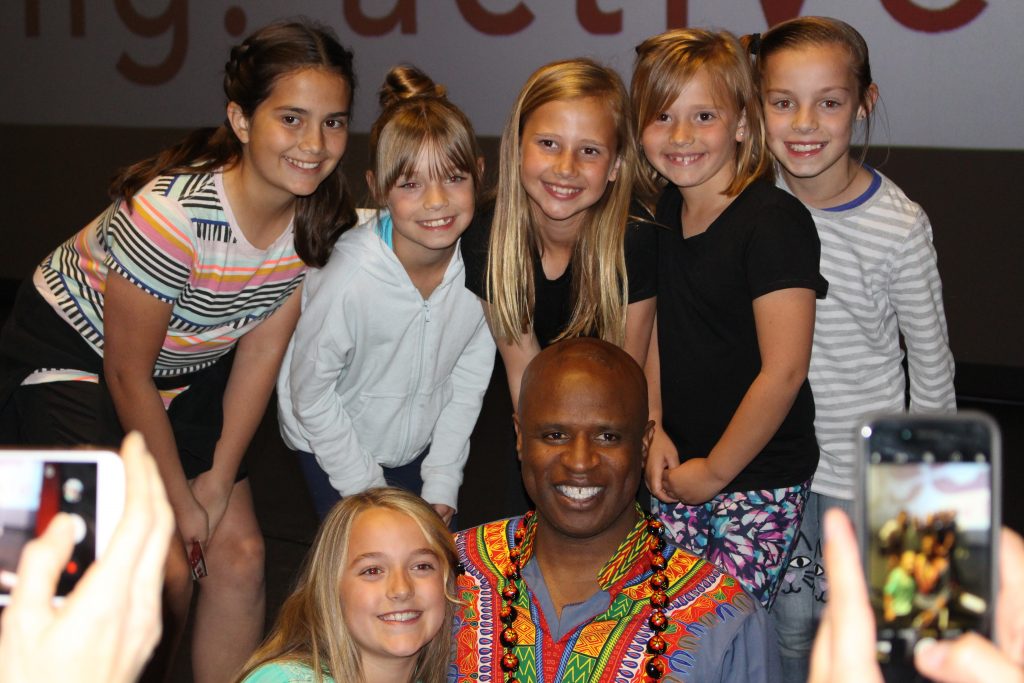 Members of the public take photos with Alex Boyé after the public unveiling of his video at Dixie State University in St. George, Utah, April 5, 2018 | Photo by Spencer Ricks, St. George News 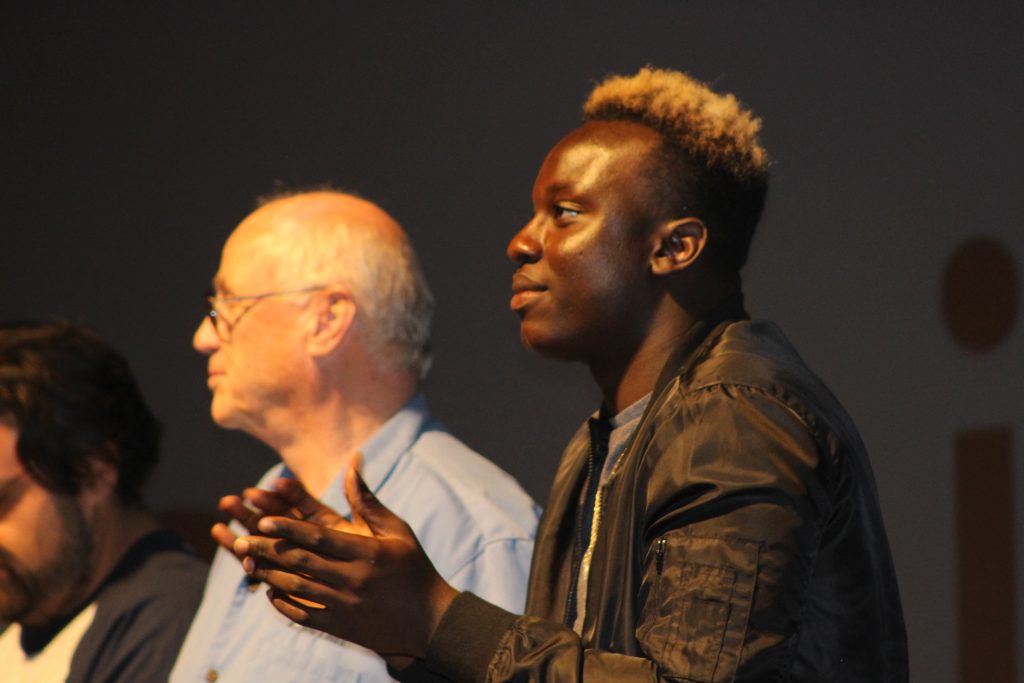 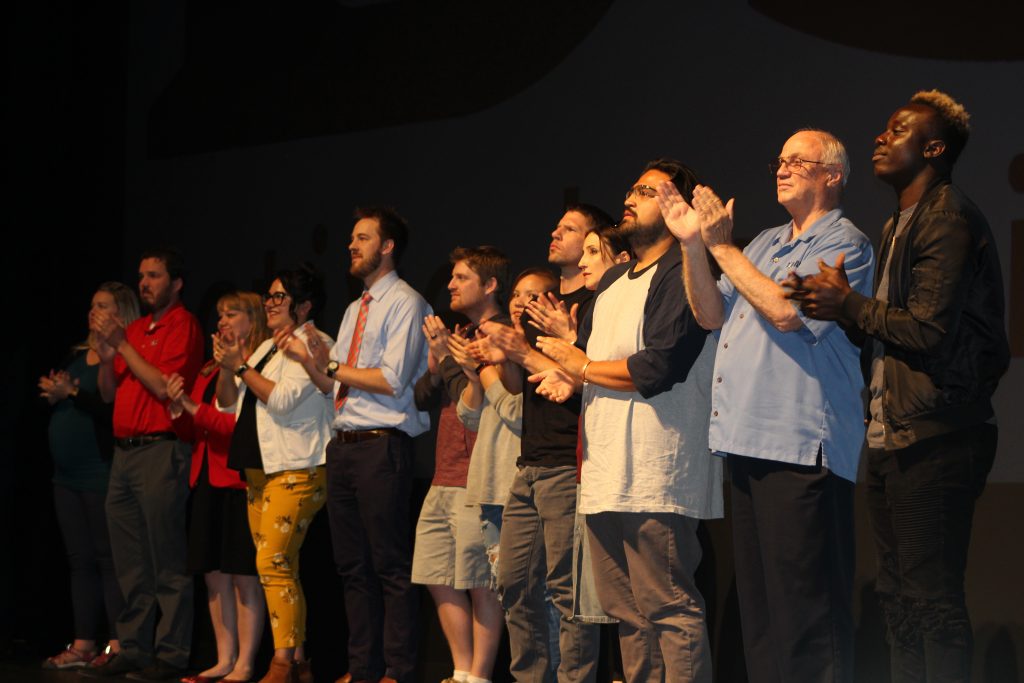 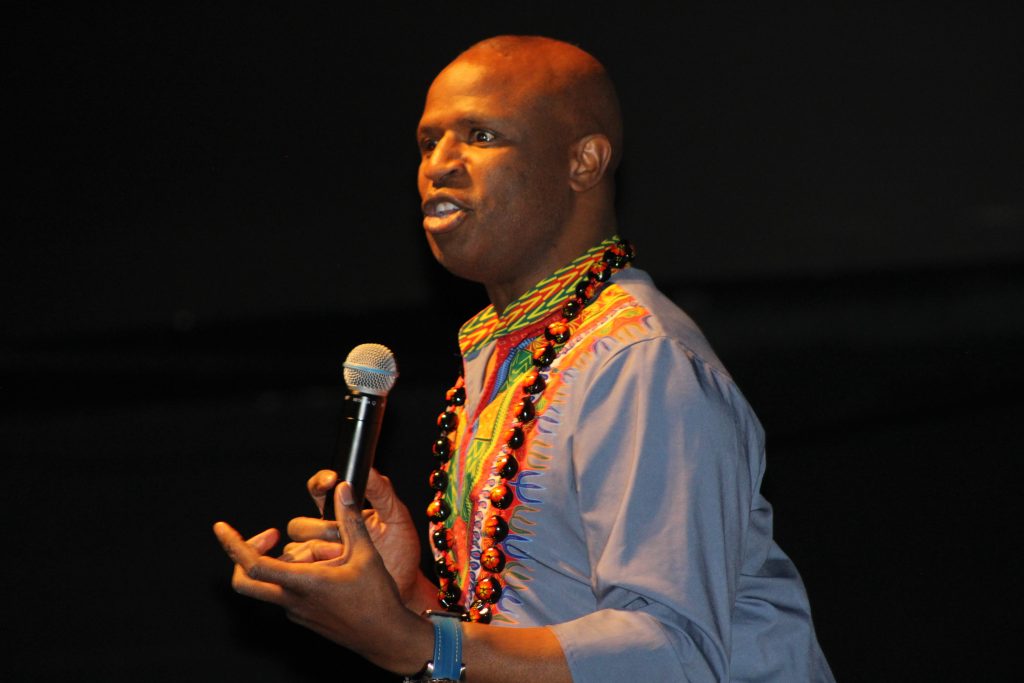 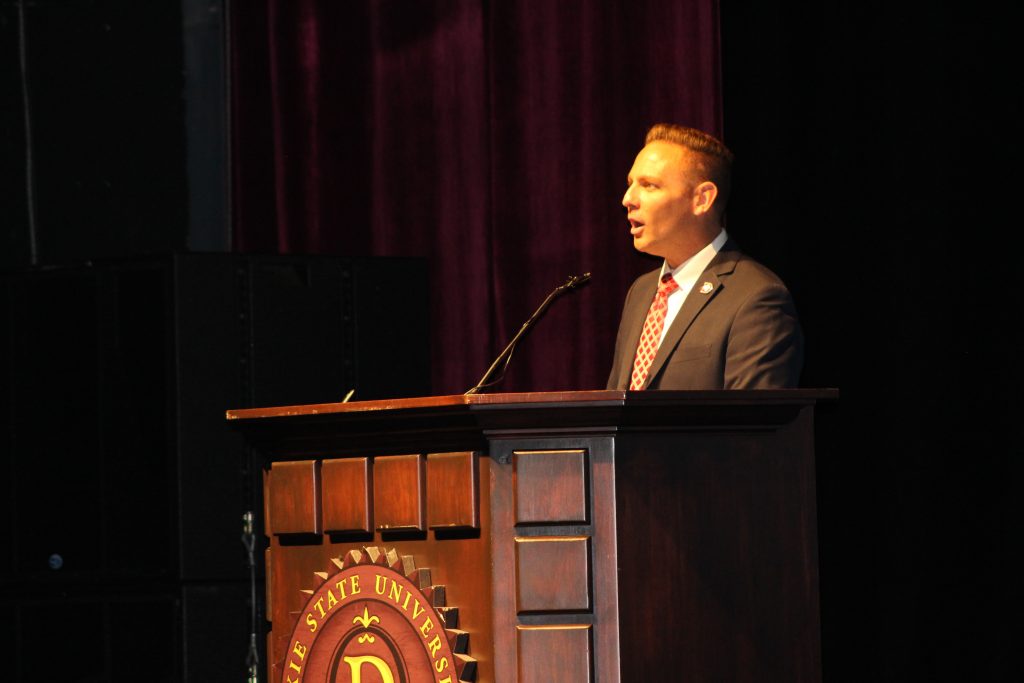 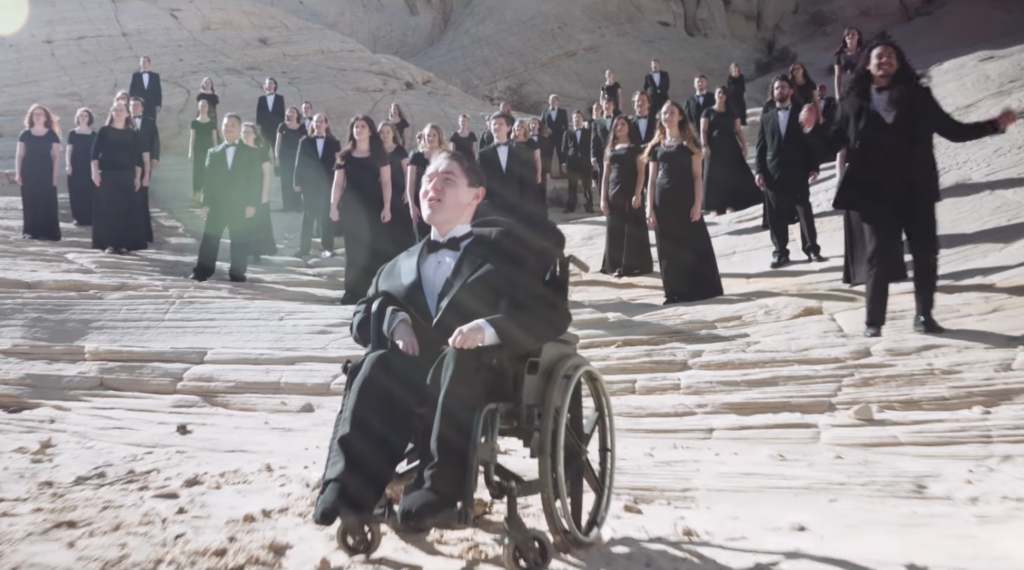 Spencer Ricks is a Seattle native who graduated from Dixie State University in 2017. He is the former Editor-in-Chief of the Dixie Sun News – DSU's student newspaper. He has also written for KSL.com and Seattle Met Magazine, covering everything from local politics to flash floods.

International artist Alex Boyé coming to St. George, but not just to put on a concert