ST. GEORGE — Thanks to a $20,000 grant from the Allstate Foundation, more victims of domestic violence will learn how to protect themselves from financial abuse.

The Dove Center was presented with the grant before a standing room only crowd of supporters at the facility’s annual awards ceremony Tuesday at The Falls Event Center in St. George.

This marks the second year Allstate has presented the regional grant, which is earmarked for a financial literacy program, to the Dove Center.

Financial abuse is a primary issue in 99 percent of all domestic violence cases, according to the foundation.

The facility also presented community service and volunteer awards to three recipients in honor of their service to the facility.

“Today we honored people who have made significant contributions to the Dove Center over the past year,” Ruth Weniger, board trustee and marketing chair, said.

One of those contributors has made a difference for the past 23 years, she added.

Pat Shoemaker-Glessner, who has been active with the organization since its inception in 1993, received a “2016 Community Service Award.”

Also recognized with a “2016 Community Service Award” was Even Stevens Sandwiches. The award was accepted by the store’s marketing associate, Chris Chiang.

Even Stevens Sandwich Shop donates monthly to the Dove Center by taking a portion of the profit from every sandwich sold and placing it in an account that is set up specifically to benefit the store’s nonprofit partners.

At the end of the month the money is donated to the facility in the form of a gift card, Chiang said, which can be used to purchase food and other related items through the restaurant’s distribution group, Sysco, a global restaurant food distributor.

“This frees up their budget to spend it on other things, like the programs that were talked about here today,” he said.

The “2016 Volunteer Service Award” was presented to Philip Lee for his efforts in teaching financial literacy classes at the Dove Center. Using “Purple Purse,” a program developed by the Allstate Foundation, Lee teaches survivors how to better understand and manage their personal finances. The program also provides tools and resources to address these critical issues.

Lee retired from Dixie State University in 2014 after more than 35 years on the school’s business faculty, including two terms as the associate dean.

“Dr. Lee took the program and localized it, so that it would be relevant to the area and our economy,” Shonie Christensen said.

Christensen is a local Allstate agent/owner of the Shonie Insurance Group and serves on the Dove Center’s board of trustees. Allstate Field Sales Leader Marlene DeMotte was also on hand to present the award.

According to the Allstate Foundation, one in four women will experience domestic violence in her lifetime, which is more than the number of women diagnosed with breast cancer, ovarian cancer and lung cancer combined.

One of the criteria that must be met before a grant application can be submitted is that an Allstate agent is required to perform volunteer hours to the organization or facility that is applying for a grant, Dove Center Executive Director, Lindsay Boyer, said.

Christensen serves on the 13-member board of trustees and also volunteers in different events throughout the year, including the Gala event, one of the biggest fundraisers held annually.

“Shonie donates her time and experience every year to the Gala event, and she is instrumental to its success,” Boyer said. “Her involvement contributes to the overall success and she’s been involved for years.”

Nationwide, since 2005, more than $50 million has been invested by Allstate in grants and program funding to end domestic violence. That funding has played a part in helping nearly 800,000 survivors, in training more then 8,600 service providers, and represents more than 1,600 nonprofit organizations across the nation.

“In Utah, the Allstate Foundation provided $66,500 in grants and funding to 35 different nonprofit organizations throughout the state in 2014,”  Allstate Corporate Relations spokesperson, Chelci Hudson, said Friday in a telephone interview.

Since 1952, the Allstate Foundation has invested more than $400 million in funding across the country to address key social issues, and supports organizations dedicated to addressing two issues: Domestic Violence and Youth Empowerment. 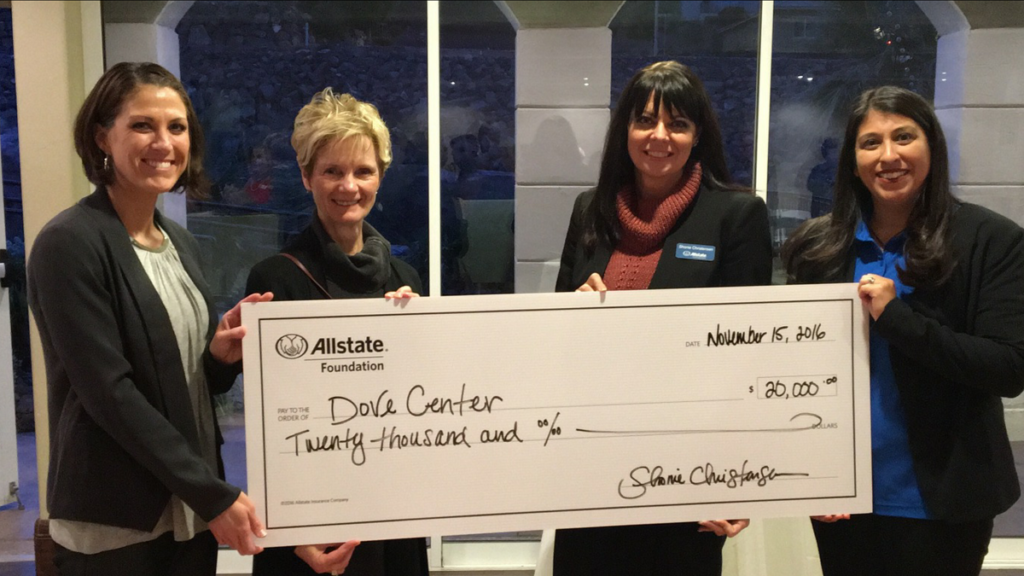 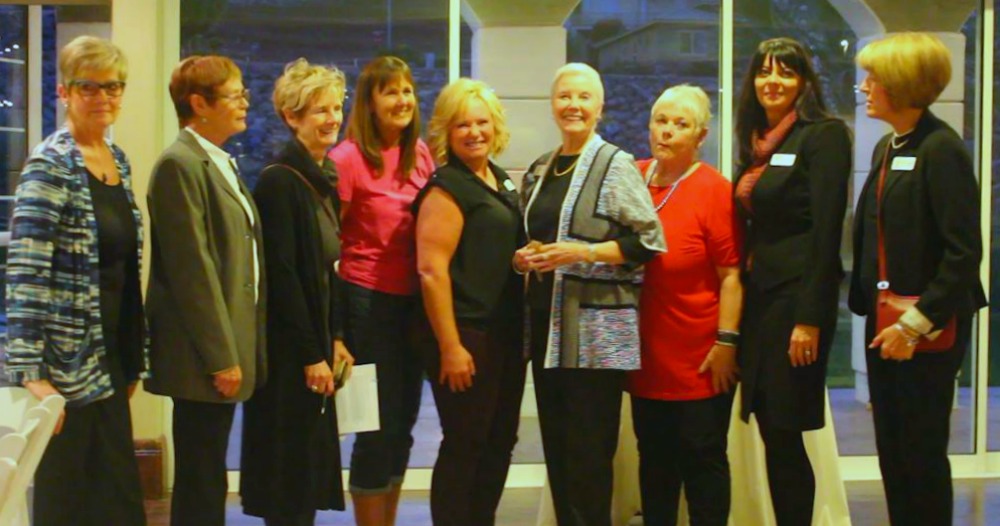